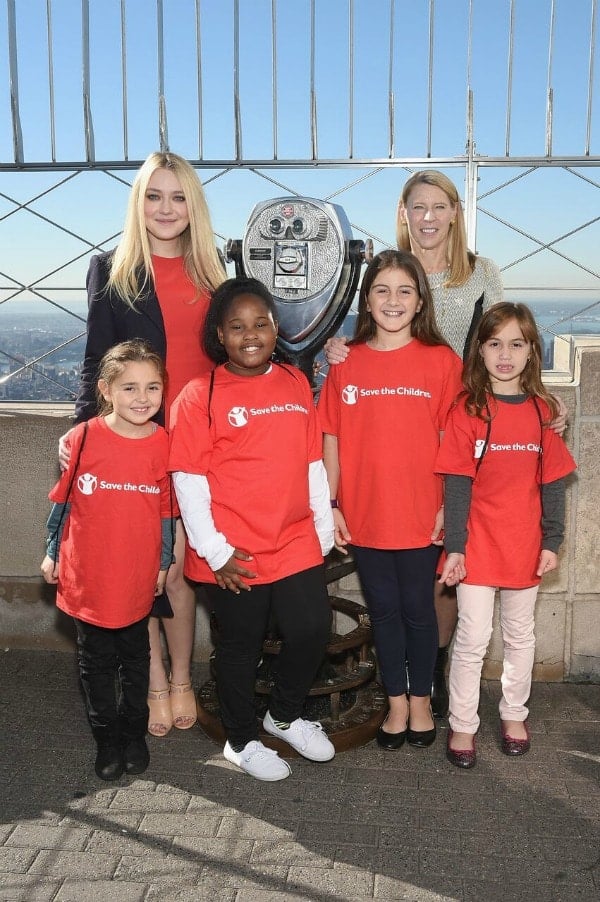 Save the Children lit up the Empire State Building red on October 11th, 2016 for International Day of the Girl, attracting attention to the rights of girls worldwide. Seen here is actress, Dakota Fanning, Save’s CEO and President, Carolyn Miles and from L-R super girls Colette, Miracle, Katie and Antonella. Photo credit: Save the Children

Look UP, New Yorkers!!! For the first time EVER the Empire State Building is RED today for International Day of the Girl!! This morning, World Moms Network was invited to cover Save the Children’s lighting of the Empire State Building in New York City. The ceremony included Carolyn Miles, President and CEO of Save the Children, actress Dakota Fanning, and 4 strong girls — Colette, Antonella, Kate and Miracle — who may appear small, but have incredibly large hearts. The girls used their voices today to make a statement for the rights of girls everywhere.

Kate is an American girl of 10 years old from Connecticut who sponsors two girls through Save the Children, one in Ethiopia and one in Uganda. She says that she sends a lot of letters to her girl counterparts overseas!

“Life is very different for the girls. They can’t just go to a supermarket like we do. They have to grow their own food.”, says Kate.

Kate explained that the girls have to walk to school, and their school is not very close. She says, “I can just take the bus and get to school in 15 minutes. They can’t.” Her sponsored children also don’t have as much time for after school activities like sports because they have to help out at home.

Kate dreams of going to Ethiopia and Uganda to meet her friends. Her sponsorship started as a holiday gift, and she enjoyed the global friendship so much that she asked to sponsor another girl.

Why the importance of focusing on girls? Carolyn Miles, CEO of Save the Children states,

Some of the global issues that keep girls from getting the chance to hit the books are child marriage, societal pressures to help out at home while their brothers go to school, menstruation, and more.

Raising awareness to the issue was actress and artist, Dakota Fanning, who attracted the paparazzi to a cause that she is very passionate about. Dakota is a Save the Children Ambassador, and she spoke to the press about the importance of getting more girls in school worldwide. She totally shines. Please do follow and use the hashtag #SheShines to tell us who inspires you on this International Day of the Girl. Thank you, Dakota, for using your large platform for girls! 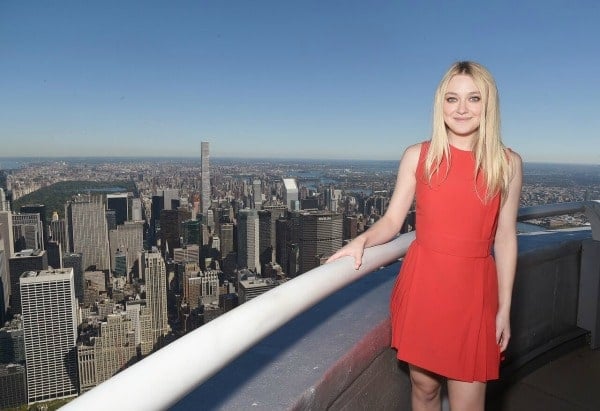 Save the Children Ambassador, Dakota Fanning, at the top of the Empire State Building for International Day of the Girl on October 11th, 2016. #SheShines Photo credit: Save the Children

Miracle joined the kid sponsors on the platform, but her story is not one of sponsorship, but of being sponsored in rural South Carolina. She was proud to join Save the Children to speak up for girls like her and seemed to hit it off instantly with her new girlfriends! 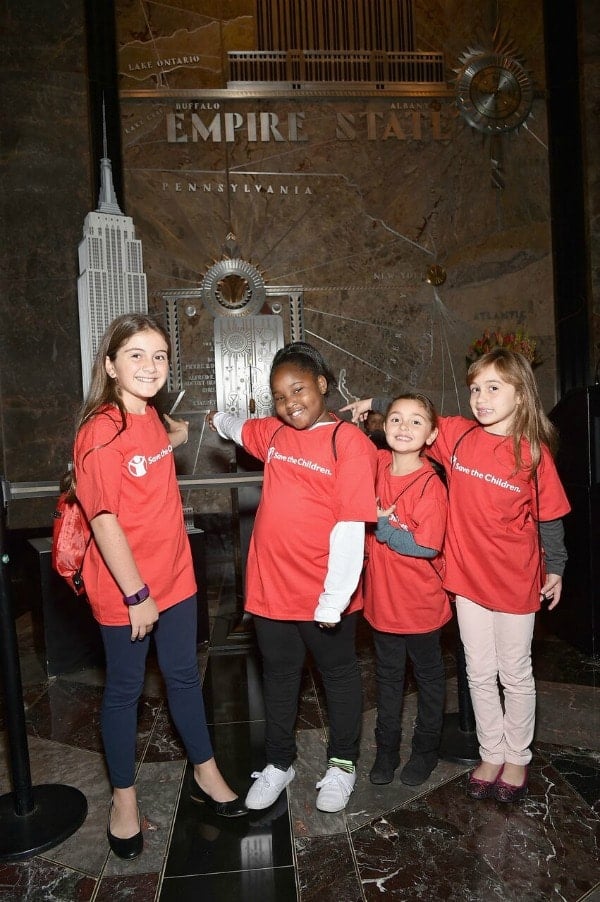 World Moms Network is proud of these girls for raising their voices for girls everywhere! If you’d like to sponsor a child, please go to Save the Children. 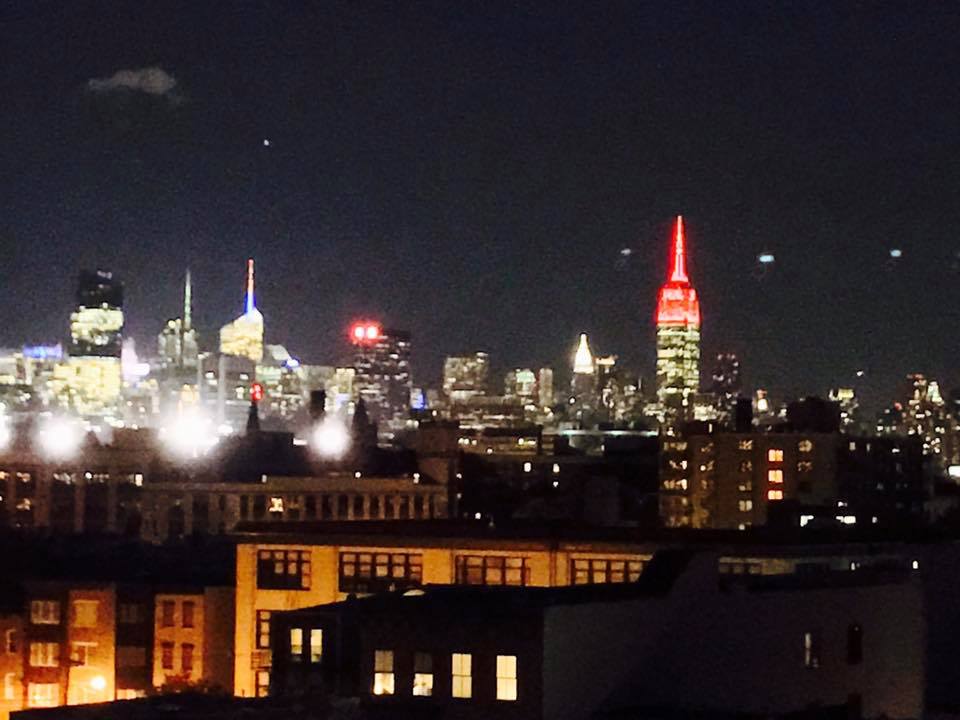 The Empire State Building was lit red on October 11th, 2016 for International Day of the Girl by Save the Children. Photo credit to Marshall Kanfer.

This is an original post to World Moms Network’s founder and CEO, Jennifer Burden in New Jersey, USA. Jennifer is the proud sponsor of a girl in the USA through Save the Children and voluntarily covered this story.