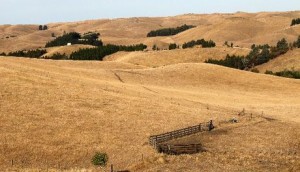 We have a wonderful cycling and walkway that encircles most of Napier, some tracks wander along the beach and some meander through the countryside. Along the water front, there are strategically placed water fountains from which fresh, clean water gushes at the push of a button. And we never question its availability.

18 months ago, our family moved out of town. We now have a 15 minute drive to reach civilisation, and we have to collect and store our own water. This shouldn’t be a problem – we have three large water tanks and 2011/2012 we had a wet summer and a decently wet winter. But it has been a problem.

Unbeknown to us, the two larger tanks had a plumbing issue: no matter how much it rained they were either maintaining the same level of water or the water level was reducing. Eventually, when we realized the neighbours had a lovely green patch of grass just near one of our troughs, we found the leak. That discovery happened in October last year, around the same time the drought began. END_OF_DOCUMENT_TOKEN_TO_BE_REPLACED 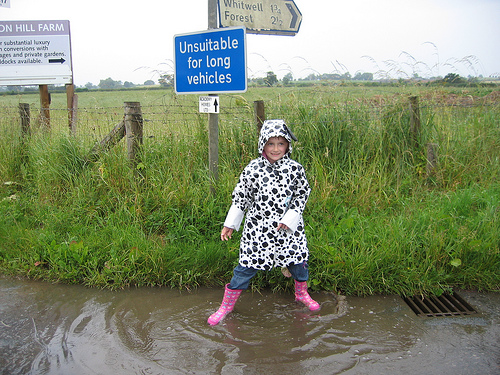 School kids must bring water bottles, parents assured that at least: we won’t let them dehydrate.  A Midwestern parent says a prayer of thanks because even though it’s dry and hot, we’ve got access to water and our kids are safe.

Farmers worry on low yields.  What they worry on, so should you. Today, the average U.S. farmer feeds 155 people.* A scorching drought spells trouble for each of those folks and families.  High prices, high demand – it’s all a part of what happens when there isn’t enough.  END_OF_DOCUMENT_TOKEN_TO_BE_REPLACED