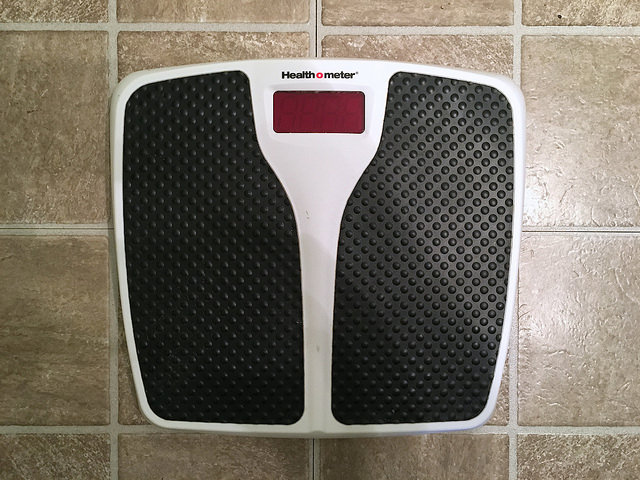 BRAZIL: The Dangers Of Being A Fat Mother 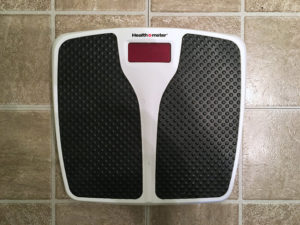 I want to start out by saying that this is not some sort of fat shaming post – much to the contrary.

Not many years ago I weighed 67 kg (about 147 lbs.) – what is considered to be the “ideal” weight for my height. Now I weigh 105 kg (231 lbs.). Yes, my weight fluctuated back and forth over the years, but I had never weighed so much, not even during my pregnancies.

In fact, people often ask whether my weight gain had anything to do with my pregnancies. “No”, I answer, “I began gaining more weight after my youngest child turned one”. “So what happened?” is often the next question.

Having been the slave of an eating disorder for a long 26 years, I have a lot of answers for that one. Analyzing the motives behind my overeating and binging episodes took up a great portion of my life when I was trying to cure myself, but that is the theme of a sequel to this post.

The fact is, my gaining weight, now that I look back, was actually an important step in rethinking my relationship with food and with my own body.

What I wanted to share today was a handful of things I learned after gaining close to 40 kg (over 80 lbs).

It did take a while for people to notice and start to comment. After all, I am a very tall, big boned woman who likes to wear loose, comfy clothing. But after a certain point people started to comment. A lot.

“What is happening? Have you been to a doctor?”
“You have to work on your self-esteem!”
“Are you pregnant again?”
“Are you absolutely sure you’re not pregnant?”
“You need to try this recipe/diet/exercise program.”
“You need to take care of yourself!”
“Be careful, your husband might start cheating on you if you don’t get your act together!”

Most people meant well, especially close friends and family. However, I would stare at the mirror and think I didn’t look that bad. No, I didn’t like having a protuberant tummy for the first non-pregnant time in my life (nothing against tummies, but I have always been more pear shaped). But other than that I thought I looked quite good. Medically I am fine too – after looking at the results of a whopping 26 tests, my doctor said my blood work could have been that of a 15-year-old.

However, other stuff does bother me a lot, the first being the assumptions people started to make, well-meaning or not. Many assume that being fat means you have health issues or very low self-esteem.

Another annoyance is trying to find clothes. For most of my life – even when I was skinny – I have had trouble finding clothes (and shoes!) that fit me, as I am a tall and big boned woman in a region where most ladies are not this large. Now it is so much worse and soooooooo much more expensive, which always feels like I am being punished for some reason.

At some point I began to read about the different movements that have been sparking up around the globe to celebrate women of any size and shape (men too, but there is just so much more pressure on women). I discovered that among all of the studies linking body fat to health issues, there are several that have not found such a clear link. But these are not given nearly as much attention by the media.

All in all, health and body size is a very personal issue that is linked to a huge number of variables. There are also studies that have linked dieting patterns to eating disorders, and teenage girls are at the greatest risk.

So, in the midst of all this, what are the dangers of being a fat mother?

To me the greatest dangers of being a fat mother are forgetting to love my body no matter what, trying to change it to conform to the world’s standards, and obsessing over weight-related issues instead of truly enjoying my life.

I want my children, and my daughter especially, to know that they are worthy of love regardless of what their bodies might look like, and I must model that example as best as possible.

I said this would not be a fat shaming post, but it is not advocating fat either. It is advocating joy, self-love and happiness, no matter what size, shape or state your body is. People (me included, for a long time) tend to think that if you love your body as it is you won’t have the motivation to change. Now I see that not loving my body regardless of anything else only makes things worse, and for a long time only made me want to eat more. Also, for a long time I thought avoiding my body (as in avoiding the mirror) was a good enough substitute for loving it.

There is so much more to say, but for now that is a small piece of my story with my body.

And you? How do you relate to your body? Tell us your story in the comments!

This is an original post to World Moms Network by Eco Ziva of Brazil. Photo credit: Alan Levine. This picture has a creative commons attribution license.

When I was a teenager, I suffered from teen depression. When I tried to talk to someone about it, I was told to “pull myself together”. I didn’t mention it again, because I didn’t think it was OK to talk about it.

When I was in my early 20’s, my life fell apart. I managed to pick up the pieces, but I also picked up anxiety, PTSD and an eating disorder to go along with the depression. I didn’t talk about it, because I felt that my own bad decisions had led to the state I was in. In other words, it was my own fault, therefore I didn’t deserve to be helped.

After the birth of my second child, I found myself drowning in postpartum depression. I didn’t talk about that either, because I was so ashamed. How could I possibly be feeling so bleak – suicidal, even – when I had two beautiful children? What kind of horrible person was I, that I would even think about leaving my sons without a mother?

For pretty much all of my teen and adult life, I have dealt with mental health problems that I haven’t wanted to talk about. I struggled alone with the fallout from the crisis in my early adulthood for a full twenty years – twenty years – before I sought professional help.

Sadly, I am not alone.

The Toronto-based Centre for Addiction & Mental Health (CAMH) reports that in any given year, one in five Canadians suffers from a mental health problem.

We lose about eleven Canadians a day to suicide, with women being three to four times more likely to attempt it than men. The human, social and economic costs of mental illness are immense.

And yet people don’t want to talk about it – especially moms, who are so adept at tucking away their problems so they can take care of the people around them. People who suffer from mental illness tend to have this weird idea that it’s their fault, and that it’s a stigma that shouldn’t be spoken about. They fear that if their mental illness is known, it will hurt them socially and career-wise.

It is an unfortunate reality that stigmas surrounding mental illness do exist. According to CAMH, 55% of Canadians would hesitate to enter into a relationship with someone who has mental illness, and almost half of the population believes that mental illness is an “excuse”. All of this perpetuates the notion that mental illness is something to be ashamed of. And that in turn results in tragic loss of life and all kinds of trauma for those left behind.

It doesn’t have to be this way.

As moms, we are great influencers of the generation we are raising. I believe it is within our power to greatly reduce the stigma associated with mental illness. If we instil in our kids the idea that it’s OK to talk about mental health issues, they will grow up to be more accepting of those who have problems, and they will have the freedom to talk about their own experiences.

If people talk more about their mental illnesses, and if they feel that it’s all right for them to seek help, how many lives could be saved? How many tragedies could be averted? How many children would be saved the sadness of losing a parent, a friend or a sibling?

Today is a special day in Canada, as one of the biggest companies sponsors a mental health awareness campaign. Today is Bell Let’s Talk day. For every tweet sent using the #BellLetsTalk hashtag, and for every Facebook share of the Bell Let’s Talk image, Bell Canada will donate another five cents to mental health initiatives.

Let’s do our part, to raise awareness and let people know that there is support for them. Let’s send a positive message to our children and create a newer, brighter future for those with mental illness issues.

This is an original post by Kirsten Doyle of Toronto for World Moms Blog. Kirsten can be found at her blog, Running for Autism, or on Twitter @running4autism.