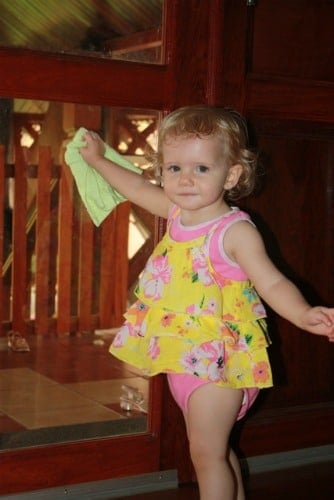 Today we’re sharing a post from a World Mom living in Laos! If you’re interested in telling your motherhood story on World Moms Blog, email us at contribute2@worldmomsblog.com!

This first “World Mom Feature” is by Miss Pip of Laos… 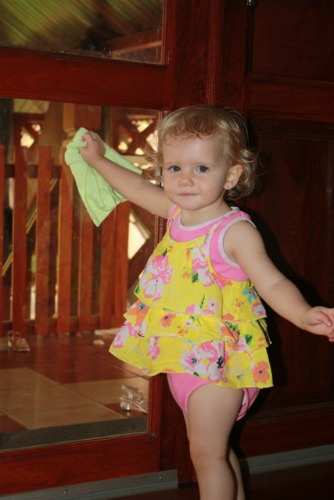 A concerned citizen, upon realizing we had three daughters, recently offered to take my partner ‘upcountry’ to the village to meet the local witch doctor. Apparently, this particular Shaman was able to supply an herbal concoction that would guarantee us a son.

(For the record, we are not having any more children. We are very happy with the ones we already have.)

I am fascinated by how often people feel compelled to tell me that my family is incomplete because I don’t have a son. They remind me that, despite over 100 year of feminism, my three children and I are still considered “LESS THAN” because we were born without a Y-chromosome.

Becoming a mother has enriched my life. I love my daughters, unconditionally. I treasure the opportunity to guide them towards adulthood. Nonetheless, becoming a mother has been a struggle. I have had to fight some very personal demons and have been rather lost and confused along the way. Fundamentally, I have had to redefine myself within the context of being a “Woman”.

Until I had children, I naively defined myself as a “Human” first and a “Woman” second. I studied Feminist Theory at University, but I kind of blew off any notion that MY life was influenced by the patriarchy. I was a kick-ass individual, and I lived my life on equal terms with anyone else.

But becoming a mother made me realize that, in reality, I still live in a world defined by and dominated by men, and my life decisions have been profoundly influenced by that.

My partner and I have been together for 15 years. We got our first jobs together, moved in together, paid the rent together, traveled together – as equals. I was hell-bent on our roles in the relationship being defined equally even though that meant that sometimes, after we have paid our ‘equal’ share of the bills, he still had money to go out, and I didn’t. (Interestingly, even at minimum wage he was paid more than I was!) We shared the chores equally. I NEVER ironed his clothes. I was a proud, fierce and independent woman with my own life and my own career.

But over time things started to change. My business ventures, which had sustained us adequately in early adulthood, became less profitable than his career. He was offered the opportunity to move, first interstate and then overseas. I couldn’t justify preventing his progress just because I was wanted to pursue what was, quite possibly, a pipe dream. Also, I loved him. I was proud of his success. I choose to support him, to follow him. It was my choice.

I could still work, I told myself. I was strong and resilient and very capable. But we moved a lot and, eventually, we reached the point where my income could no longer be relied upon. I was, I realized, financially dependant on my partner.

Then, somewhere along the way, we decided to have children. We talked about it, at length. Having children did not mean ME taking on the only responsibility for caring for the kids and the household. I wanted to work. We would share the responsibilities. Equal opportunity parenting. Yep, sure, sounds like a plan, I am on board, let’s do this.

… Needless to say, that is not quite how things worked out.

My partner now works longer hours and spends more time away then he ever did before we had children. He sometimes feels overwhelmed by what he perceives to be his duty to support and provide for his family.

I now earn less money and spend more time in my house than I ever did before children. I regularly feel overwhelmed by my assumed role as the primary carer, wet-nurse, cook, cleaner, manager, taxi driver, nurse, psychologist, nutritionist, disciplinarian in our family.

My family IS the Perfect Little Patriarchy!

But wait… no it’s not perfect… I forgot… I don’t have a son!

I am their mother and, for me, it’s complicated.

• Shouldn’t I be an example to them, a strong, female role mode

• Have my choices perpetuated the status quo?

• Will they grow up with notions of ‘what women do’ that will go on to influence them as they grow into women themselves?

I am their mother and, for me, it is simple.

• I will practice compassion, identify inequality and I will teach them to do the same. I will continue to grow as a woman and a human because I owe it to them to be the best person I can be.

• I will be proud of my choices – they have given my daughters, a loving and safe home.

• I will encourage my girls to embrace their womanhood. I will teach them that with hard work and dedication they can achieve anything they set their minds to. I will show them they can be the change.

I am their mother. They are my daughters. They are ‘MORE THAN’ anything.

This is an original post to World Moms Blog by Miss Pip. She lives in Vientiane, Laos with her partner, their three incorrigible daughters (aged 5.5 years, 4.5 years and 16 months) and two well-traveled cats. She says that she used to be fabulous! (We say, she still is!)

Last year Miss Pip turned forty. She says, “That sucked! I had no idea who I was or what made me happy. I was ashamed of who I had become and conflicted about being a mum.  It was all very boring, very depressing and was making me, and the people who loved me, miserable.”

So she decided to change.  Miss Pip decided to let go of the past, accept her present and embrace a future where SHE IS the fabulous version of herself that she knows she can be. You can also find her on her blog, 44 and a Fourth.