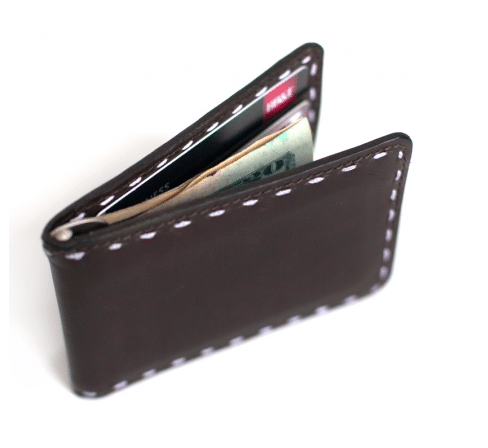 SOCIAL GOOD: Gifts For Him

Here in the United States of America, on Sunday, June 21st, we will celebrate Father’s Day. I thought for the occasion I’d put together a list of gifts that World Dads would love, but that also give back in some way. There are so many great companies that give back to choose from these days, but below are a few World Moms favorites. I had the pleasure of visiting the FashionABLE factory in Ethiopia last year and have been writing about and wearing the gorgeous scarves made in Ethiopia for years. That made it such a thrill to finally meet founder Barrett Ward at the ONE Girls and Women AYA Summit this past fall where he participated on the Change Through Economic Opportunity panel. I am also excited that they are expanding their operations to include products made in Kenya including a beautiful line of leather products. Some of which are perfect for him! All products contribute towards social service programs of health care, education in a trade, and assistance with child care for their artisans to help build better, sustainable futures for the artisans and their families. Wine can be a great gift to share, and one with a meaning behind it is even better. Of course I was introduced to One Hope wines by none other than World Moms Blog founder Jennifer Burden when she served it at a gathering of World Moms for the Social Good Summit a few years ago. A portion of the proceeds of each bottle of One Hope Wine  goes to the organization that that wine selection supports, be it saving the environment, fighting heart disease, or supporting our troops among others. 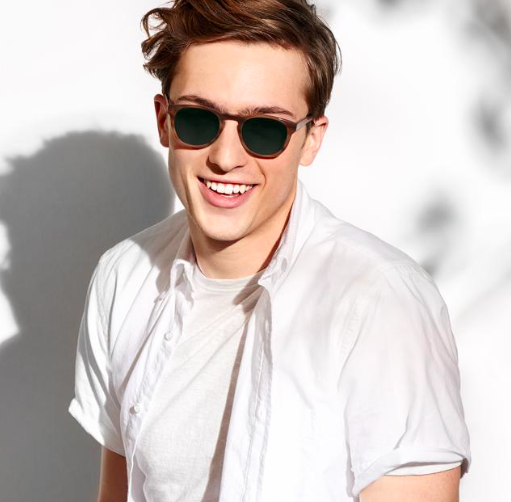 For every pair of Warby Parker glasses sold, another pair is given to someone in need, along with funding the training of eye care professionals in developing countries. 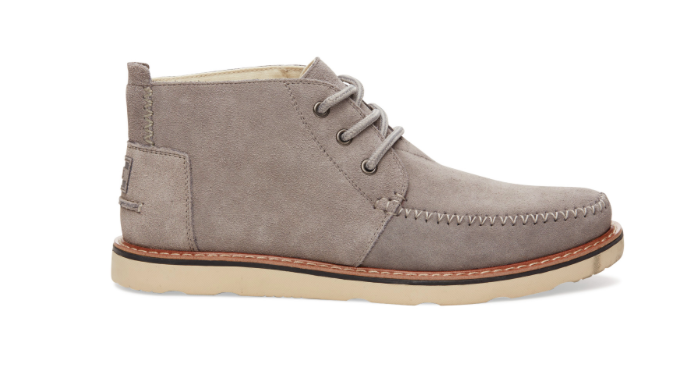 The Men’s styles of Tom’s Shoes are hot! Let’s face it, what makes them even hotter is the fact that each pair bought gives a pair of shoes to someone without. 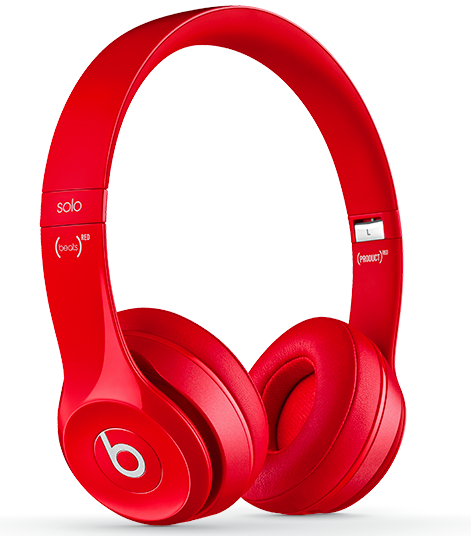 Whoever curates the (RED) shop ROCKS! They have the most amazing product selection and all funds from (RED) purchases go to The Global Fund to help the fights against AIDS. 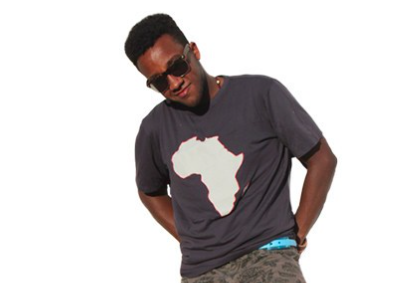 I also met Jane Mosbacher Morris at the AYA Summit where she participated in the panel on Change Through Economic Opportunity. I love her story from policy to retail and was thrilled to have the opportunity to interview her a few days ago and get more insight into her path to founding To The Market. To The Market is a marketplace for survivor made goods, whether it is from war, disaster, or abuse, To The Market provides a market for the beautiful handcrafted goods that give women survivors a chance to support themselves and their families. The website has an entire section of goods for men.

Please share other great gift ideas for the man in your life that also give back. We’d love to hear from you!

Is there a “Father’s Day” celebration in your country? If so When?

This is an original post written by Elizabeth Atalay for Word Moms Blog. Her writing is also found at documama.org. 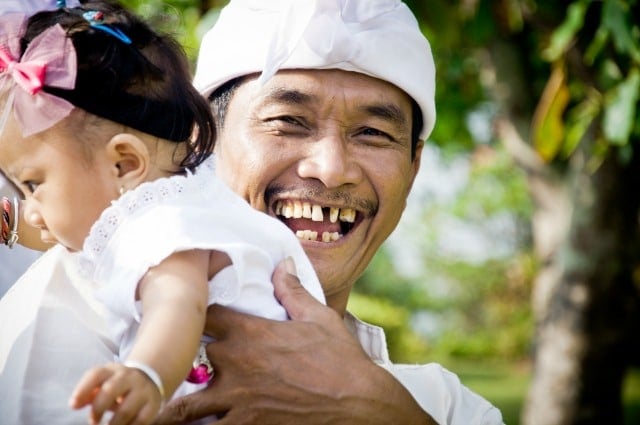 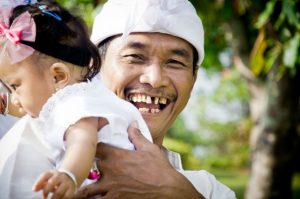 An Indonesian father with child

Would you believe me if I tell you I have NEVER heard of Father’s Day until I moved to America in 2005.

Here in Indonesia we just simply don’t have Father’s Day.

We do have Mother’s Day on December 22, 2014. The holiday is celebrated on the anniversary of the opening day of the first Indonesian Women Congress, which was held from 22 to 25 December 1928. The Congress was attended by 30 feminist organizations from 12 cities in Java and Sumatra. In Indonesia, feminist organizations have existed since 1912, inspired by Indonesian heroines of the 19th century, e.g., Kartini, Martha Christina Tiahahu, Cut Nyak Meutia, Maria Walanda Maramis, Dewi Sartika, Nyai Ahmad Dahlan, Rasuna Said, etc. The Congress intended to improve women’s rights in education and marriage.

We also have Kartini Day on 21 April to celebrate the emancipation of women spearheaded by an activist, Raden Ajeng Kartini.

So why do we have no Father’s Day then?

Could it be because we as a country are already too patriarchy?

I actually wonder about that too. So like a good citizen, I turned to Google and did a little research.

What do you know, actually we do have one and it’s called “Hari Ayah” in Indonesian which means Father’s Day. It was declared in 2006 it falls on 12 November. That explains why very few people are aware of this and it’s not popular. Maybe because we don’t commercialize it as much as mother’s day? I have never seen an advertisement for local Father’s Day.

Technically, men still perceived to have higher place than women in Indonesia. Like it or not, that’s the truth.  We are still plagued by social injustices caused by a male-dominated society that abandons women to the whims of their husbands. So maybe that’s why it is more ‘common’ to celebrate Mother’s Day.

Being from a whole intact family unit of a father and a mother doesn’t guarantee that the father is always hands-on, and I think this happens in many different countries, too. I have personally seen mentally checked out fathers who leave all the responsibilities of raising children solely to their wives by justifying they are too busy making a living for the family. Many men still believe their fatherhood role is simply to provide for the family and that’s it. I feel for women who literally are acting as single parents in a married-life.

Being a mother myself, I can truly appreciate a man who helps out his wife. I celebrate hands-on fathers, like my own father. My father is a strong dominant male figure to me and many people will be surprised by how hands-on he has been. I can still recall him changing my brothers’ diapers, doing the dishes (something he still does to this very day!) and other domestic chores without complaining, going to the market for my mother and many more. He was even actively involved in our schools’ boards. He works hard, yet, he was and is always there.

And now seeing my own younger brother being very hands-on in caring, raising his first daughter truly warms my heart. My sister-in-laws’ friends pointed out that their own husbands do not even want to change diapers, but my brother changes diapers and more.

This made me realize how lucky we are to have our father as a big role model who set great living standards of what a great father is like.

So although Father’s Day is not hugely popular here, I salute all men who break the stereotype of fatherhood in my country. Hats off to you! 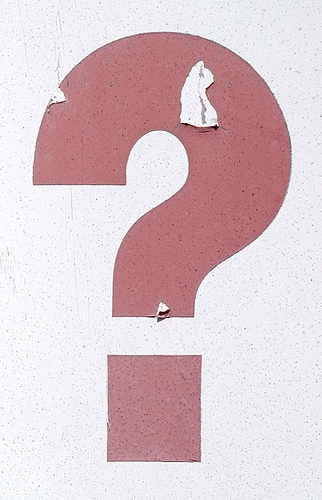 It’s almost 10:30pm.  The kids are asleep.  My husband is out playing cards.  And, I should be in bed because the baby will be up in the night to feed, I’m sooo running on empty in the sleep department, and I’ve been trying to get myself to a Saturday morning 8am yoga class for two months now. (I haven’t made it there yet!)

But, I’m up blogging.

If you’re reading this, perhaps, you can relate.  What is it about us “mommy bloggers”?  We just can’t get enough, can we?

I’ve had the idea for World Moms Blog’s “review/letter from the editor” column for our empty Saturday slot in my head for weeks now.  (I need help with the name for it, please help!) It’s time to put it into type…

Here’s how I describe it: END_OF_DOCUMENT_TOKEN_TO_BE_REPLACED

Friday Question: What is your favorite memory of your father? 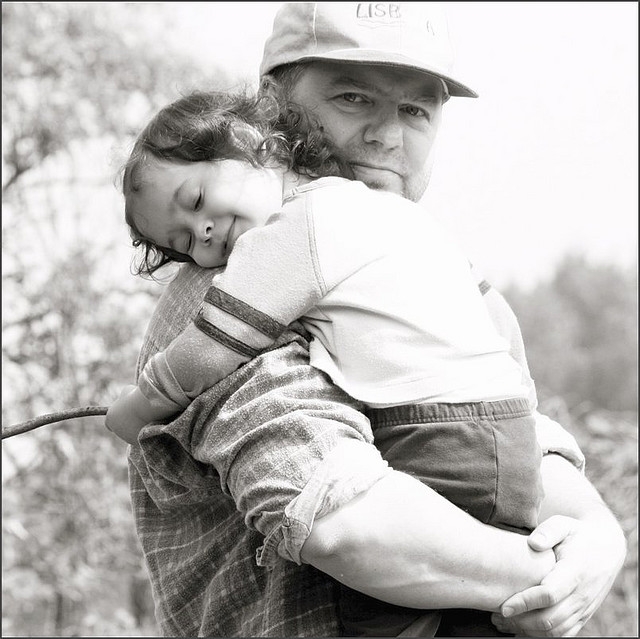 Not all, but a great number of countries celebrate Father’s Day on the third Sunday in June.  In honor of Father’s Day, we asked our World Moms…

“What is your favorite memory of your father?”

Read on to see what they said…

Amy Hillis of Ohio, USA writes:
“My dad used to restore old gumball machines and he would let me sit at his work bench and help. He would give me little jobs and let me use his tools and paints to make my own ‘creations’.

I realize now that he helped encourage my creativity and provided an escape for me when things with my mother were rough.

My dad is still around, but lives 400 miles away- I still miss doing ‘projects’ with him.”