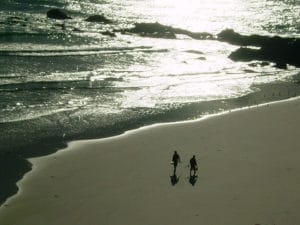 I have relationships on the brain. I think many Americans do. In the aftermath of a highly contentious election, I observe people from all sides publicly and privately sorting through the complex ways this political cycle has affected their relationships. It got me thinking further about the mindset I bring to my own interactions.

As a child, I was incredibly sensitive with an overwhelming need to be liked and included. I would often take things personally and want to find the path to acceptance with everybody. Through the years, I learned that we are drawn naturally into friendships with some people, and less so with others. I also learned that there are people who most likely will never be your friend. The key to that sentence is “most likely.”

There was a time when the open-ended implications of “most likely” would stress me out. I like things tidy and compartmentalized. If it isn’t working, I want closure. I prefer to know where I stand with someone. However, relationships are a two-way street, and I can only drive the car in my lane. Plus my need for definitive boundaries does not supersede the natural fluidity of relationships over time nor does it allow room for change. Real life relationships are layered, and two people may connect on one level but completely miss on another. And the more time people have together, the more intricate it can become.

These days, I am finding freedom in allowing relationships to come and go, wax and wane, without feeling the need to define the who/what/why. There are friends whom I cherish that I haven’t seen in years, and there are people whom I would love to get to know better. I am always intending to schedule time with these folks, yet life gets in the way. Putting in effort is important, but I am accepting that just because things aren’t happening now doesn’t mean they won’t happen again someday.

Then there are the people with whom I share messy and contentious experiences, and we aren’t as close as we once were. There are also those I intentionally walked away from to escape toxicity. These packed the biggest punch for me personally, and I still mourn each break.

Rather than beating myself up or blaming someone else, though, I am recognizing that there are seasons to all relationships that don’t have to have a definitive beginning or end. I want to allow the distance, the dissonance, or the lost time to be what it is and doors to remain open for whatever the future holds while I try to grow from each experience and gain new perspective.

This really hit home for me after touching base with someone with whom I share a tumultuous history. We have had moments when I think there will be no reconnection, and then life circumstances come along to bring us back together in a meaningful way. It seems new phases bring possibilities for relationships to be reborn or evolve. Not all will, of course, but you never know.

This may sound incredibly obvious to most, but it takes practice for me, especially as I watch things play out for my children. I have seen friends come in and out of their lives, and I have witnessed situations that make me hurt for them. We have discussed how it’s OK to have different seasons for their relationships. Maybe connections need time to be rekindled, or maybe things will always have a hard limit because that is the healthiest choice. But there have been some rocky starts that have turned into great relationships as all parties have matured, and a big part of this is due to the forgiving nature of children and the willingness to start again.

In the effort to build up a child who has suffered a broken friendship, it seems easiest to say ,“It’s their loss”, or, “Who needs them?” Sometimes, we as adults do this too. But the reality is that paths often cross again. Maybe nothing will bear fruit, but what if it does? If we are open to new beginnings or willing to go back to old conversations with a fresh perspective, perhaps those relationships can grow again. And if they don’t, we can allow things to play out without cynicism knowing spring will come again someday with someone else.

How do you navigate changing relationships in your life? How do you help your children do the same?

This has been an original post for World Moms Network by Tara B. Photo credit: Chalky Lives. This picture has a creative commons attribution license. 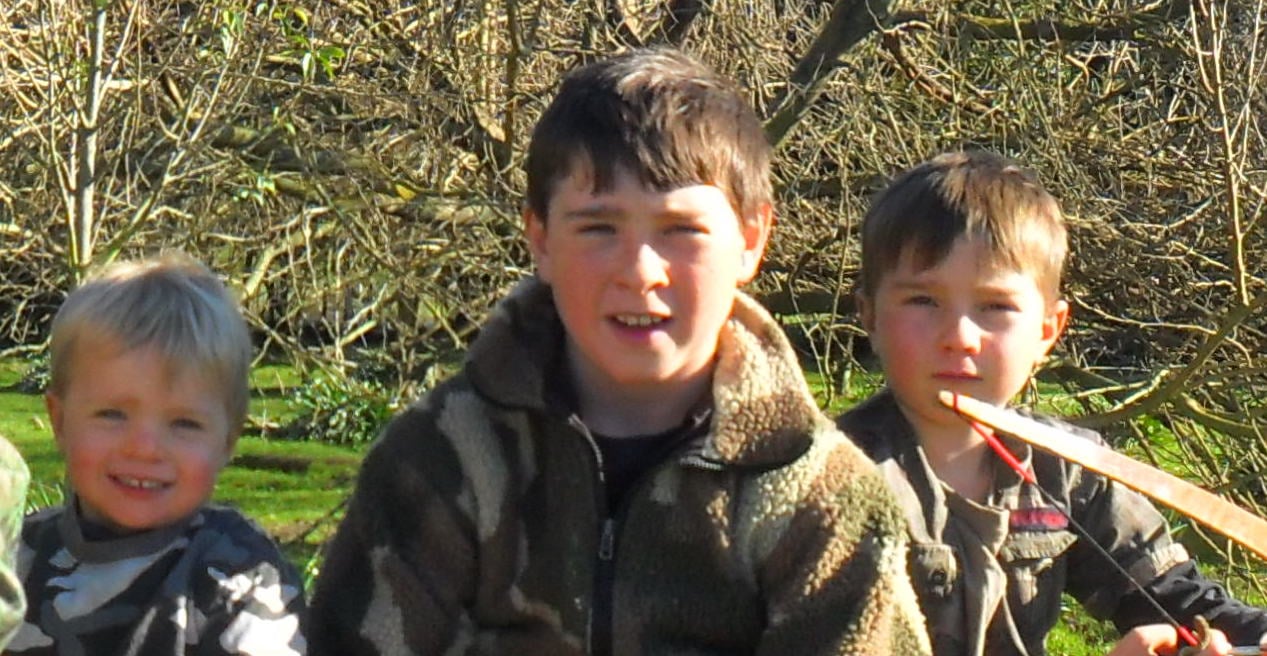 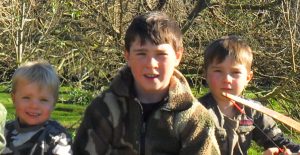 My three boys argue and fight. They are three very different people and they all think they are the alpha male in the house. They are all assertive kids with opinions, ideas and good vocabularies. They can stand their ground and they will physically defend themselves if attacked. Sometimes, they are the one attacking one of the others.

They are also really great fun. They are smart enough and work hard enough that they will manage school and eventually, real life. Their teachers tell me they have strong friendships but can move fluidly between social groups. Other adults frequently tell me they enjoy their company. I have enough knowledge to realise they are all emotionally attached to me in a healthy way – neither too dependent nor independent for their ages. They are perfectly capable of being together in harmony and often play together well. But they scrap most days and often more than once a day.

As a result, they are learning to make things work between them; to repair relationships when they have been ruptured; and to understand there are aspects of living in a group, which involve compromise and imperfection. They know how to apologise and they know how to dress minor wounds.

I doubt my boys will be friends when they are adults, and that’s just fine. Part of my parenting agenda is to not have an agenda for their adulthoods. If they do end up being friends that’s a bonus, as far as I am concerned. Raising mature and socially capable individuals is my ultimate goal and what happens next is entirely up to them.

I have friends who are very close to their siblings and friends who are not at all interested in spending time with any of their family members. Some are close in age; other are not. Some are from a group of single sex siblings; others are not. People – to me – are who they are, and some get on with one another and others don’t. I really can’t see why siblings should be any different. Yet, I seem to be alone in this point of view.

I seldom go a day without hearing a parent say: they had their children close in age…so they will be friends; they strongly desire their children to be friends when they are adults; or they despair that their children will never be friends with one another. Why? What is it that I don’t see or understand? Can anyone explain this to me?

What do you think? Is it ideal for our children to be friends with one another?

This is an original post for World Moms Blog by Karyn Van Der Zwet in New Zealand. Author of ‘All About Tantrums’ and the blog ‘kloppenmum‘.

MEXICO: The Treasures We Take 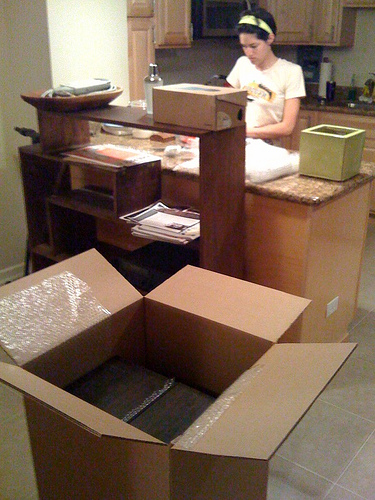 In less than 24 hours the packers will be here to pack up all of our belongings. In 13 days we’ll be driving north out of Mexico and into the next chapter of our journey in the intrepid life of an US Foreign Service family.

Throughout the house is a series of piles, some of which are cordoned off with anti-toddler barriers made up of sofas cornered with loveseats, and other piles atop the most unreachable pieces of furniture away from little curious, grabby hands.

But, despite our efforts, our 20-month old twins know that something is afoot, and they team up to undo all the hard work that goes into keeping our hectic life organized and manageable.

They peak under the sofas and squeal in a questioning tone why stuff that is usually in the kitchen is on the floor in the corner over there, and they try to trick us into letting them enter by throwing balls into the ‘no-go zone’, expecting to be allowed in to fetch them…a definite no-no. Because, you see, these various piles are not all going to one place (wishing as I write this that it was that simple). END_OF_DOCUMENT_TOKEN_TO_BE_REPLACED