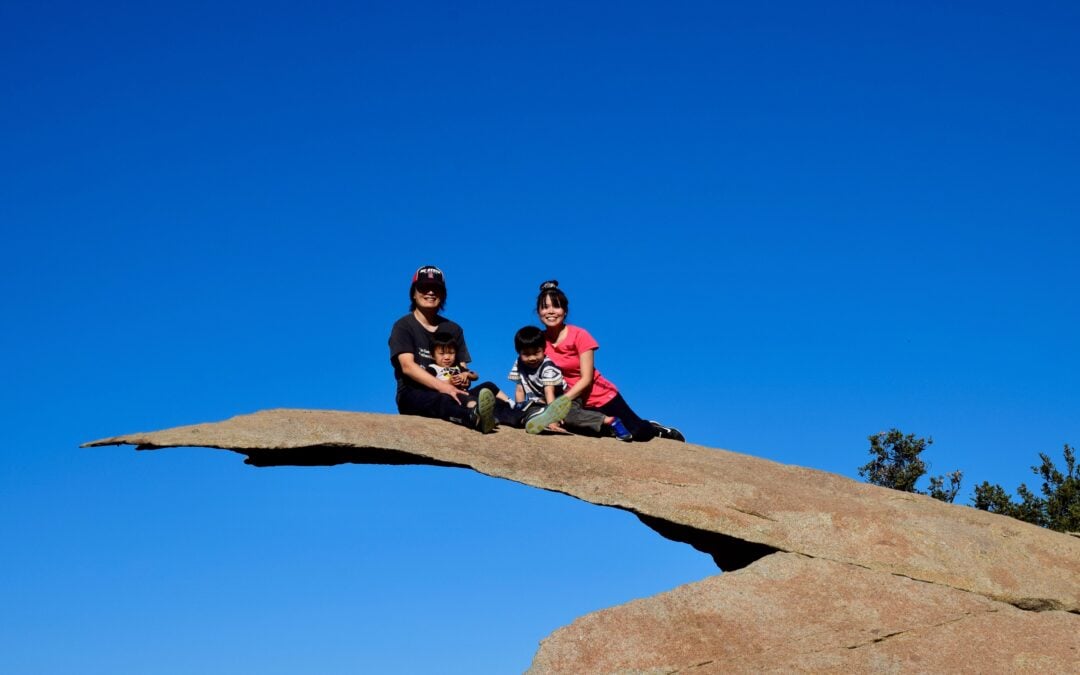 Identity is a most curious thing.

In a blog post that I wrote for NPR’s intern edition back in 2007, I started with, “I moved to the United States four years ago, but I never felt more like a foreigner until I was back in my homeland of Taiwan last summer.” I then told a story about how I was kicked out of a taxi in Taipei because I didn’t speak a Taiwanese dialect. I ended by saying, “I don’t feel Chinese or Taiwanese and I certainly will never be a real American.”

Fourteen years have passed since that post was written. Now I feel American, 100 percent. America is home, with no doubt. Funny how things change.

One thing remain the same, though. I still feel like a foreigner when I am in my birthplace of Taiwan, or among my fellow Taiwanese.

Not that finding a place in America is easy. I have to constantly prove that I am an American, that I belong. Fourteen years ago, I tried to prove it to myself. Now, I try to prove it to everyone around me, from strangers I encounter to my fellow Asian American people.

Recently my family went hiking and as always, my little hikers got a lot of attention. In the shade of an old tree two white ladies started to talk to my 8-year-old.

“What’s your nationality?” they asked.

He was confused, but I knew what those people wanted to hear. So I said, “We’re American. If you’re asking about ethnicity, I was born in Taiwan to Chinese parents. The children were born in San Diego. And we try to speak Chinese at home but as you can see, they are more used to English.”

Then we moved on. My children asked me what all those questions were about. I told them that because we look different, those people assumed we were foreigners.

“How do we look different?”

“How not being white is different?”

“…Oh look at that blue butterfly!”

The kids went to chase the butterfly and soon forgot about the conversation.

On our return trip we saw those ladies again. They apologized for “not being sensitive.” I told them we got a lot of questions but we never got apologies. So I thanked them.

And I meant it. With the delicate distinction that lies between curiosity and insensitivity, we face this kind of behavior all the time—some people call it “micro aggressive.” To me, it’s a constant reminder that we still need to prove that we belong. It is uncomfortable, but nothing close to the hardest part. The truth is, racism against Asians has been there ever since, or even before, the 1882 Chinese Exclusion Act. However, people have never talked about it as we are doing right now. Conversation is always a good thing and a sign of change. I don’t mind proving this to myself again and again, as long as it guarantees a better place in this country for my offspring.

The hard part is walking between two worlds as an Asian American. In the last year—the pandemic year— I have found myself caught between the maliciousness from different Asian groups, particularly between Chinese and Taiwanese. I contribute to a variety of Chinese and Taiwanese publishers. And to this day, the standard language in many Taiwanese newsrooms for COVID-19 is still “Wuhan virus.”

I had hard time communicating with some editors I work with that it is unbearable seeing the words “Wuhan virus” under my by-line. In my neighborhood, my children have never heard any white people using slurs against Asians, but they hear Taiwanese kids use the term “Chinese virus” a lot. My Taiwanese friends who are determined to stick with the term said it loud and clear: “Taiwanese will always be Taiwanese! Chinese will always be Chinese! Nothing changes when we move to America! And as Taiwanese we will always hate Chinese!”

Some of these people have been living in the States for decades, yet believe that they will never be American, and their determination to hate people of certain national origins is ever solidified. Identity is indeed a most curious thing.

These are the hardest things for me: explaining to my children how the hostility between different Asian American groups is deeply rooted in politics back in Asia and fueling the hate crime at home in America, and how long it will take to eliminate such hate. These conversations are just draining.

Recently I have come to the conclusion that I will be honest to my children and tell them that I do not have a good answer. But there is one thing I can assure them: we should all have empathy. Not because we are American, Chinese or Taiwanese, but because we are human beings.

And hopefully, with a little more empathy, we will get a little bit closer to a day without hate.