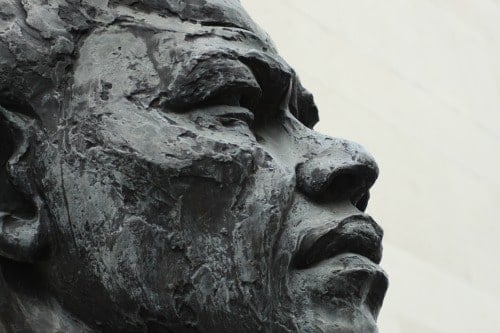 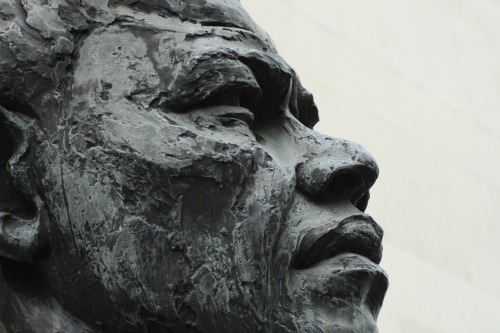 On December 5th, I woke up to the news that Nelson Rolihlahla Mandela, affectionately known as Madiba, had passed away after being “on his deathbed” for several months.
In the short time since his death, (not to mention during his many years of service to his country and world), so much has already been written and said about this great man that the only thing I can add is my personal story.
My parents, sister and I emigrated to South Africa from Italy in 1977.  Back then, television and radio were heavily censored and through the media, we were taught that Nelson Mandela and the ANC (African National Congress) were “terrorists” who planted bombs and killed innocents.
Our lives were good and we didn’t question the segregation in government schools.  My husband (whose family also emigrated from Italy a few years before mine) went to a private school where people of all religions and colors were happily accepted, as long as they could afford the fees.

In my opinion, Apartheid was never as rigorously enforced in Cape Town as it was elsewhere in the country. Be that as it may, most of us grew up blissfully unaware of human rights abuses and the like.

Fast forward to the 1990’s and most “white” people feared the worst. In fact, there were so many people leaving the country that a common saying was; “Will the last person to leave South Africa please switch off the lights?”

In my humble opinion it was Nelson Mandela, more than anyone else, who allowed South Africa to transition as smoothly as it did. The civil war which everyone feared just didn’t happen. Madiba revealed himself to be a man who was the polar opposite of whom many of us thought him to be (a “terrorist”). He earned everyone’s respect and admiration.  He was a really great leader who never forgot where he came from. By that I mean that he never let “power” go to his head.  He remained humble and approachable, and spread a message of peace and reconciliation. Mandela’s compassion and love for his fellow man are traits we’d all do well to emulate.

Sadly, the Presidents who have come after Nelson Mandela have betrayed his legacy. Madiba wanted everyone to have a better life. Sadly,  things in this country have gone from bad to worse since Madiba stepped down.  The most tragic part of all is that it is the very poor, “previously disadvantaged”,  people who Madiba sought to empower who are worse off now than ever.
I feel I need to leave the last word to Dr. John Demartini, who wrote this in tribute to the great Nelson Mandela: ” From passive to activist and from prisoner to President one man became a legend in his lifetime though stationed in simplicity and limited in residence he moved the world. Nearly a century of living, but ultimately millenniums of presence, Nelson was contributive through the very core of his essence. It is time to reflect on his great accomplishments and revere his message. Let us all dig deeper into our own nature and find grace and poise since this one man’s direction was the purpose of freedom and presence not race. “
What one quality did you most admire in Nelson Mandela? How can use that quality in yourself to help make the world a better place?

This is an original post for World Moms Blog by Mamma Simona from Cape Town, South Africa. She shares her home with a husband, 2 kids, 2 cats and 2 dogs.