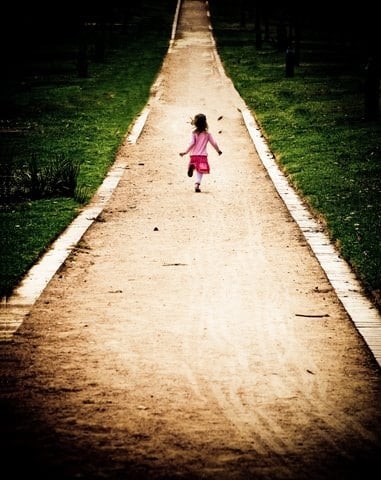 MASSACHUSETTS, USA: Preparing Them for the Path 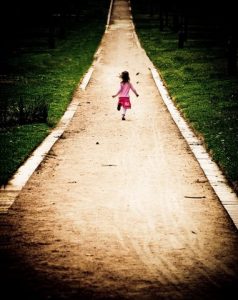 Not long ago, I attended a parenting seminar featuring excellent keynote speakers and a number of child development specialists. The seminar must have impacted me more than I realized because this is the second time I find myself writing about sage wisdom imparted during it (the other time I brought it up was in this post).

A major topic of the keynote address centered on how US parents today are getting more involved with their children, sometimes to a detrimental degree.

Most US women of my generation, Gen X—as products of mothers that fought for equality and women’s rights back in the 1960’s—are more accomplished, both academically and professionally, than our fore-mothers. After obtaining college and often graduate school degrees (sometimes more than one), Gen X women go on to establish our financial independence in the workforce; and in many cases, then elect to leave the workforce in order to raise children.

This trend is called “Opting-Out” and it’s common in tony suburbs around the US. But it’s a trend with consequences. Women, who had achieved success professionally find themselves somewhat under-challenged domestically. Eager to apply their professional talents at home, many of these women turn child rearing into a second career. Though fathers are not as likely to Opt Out, some still do, leaving the mother as main bread winner. As a result, helicopter and over-bearing parenting has become ubiquitous; the outcome of which has yielded a population of coddled and unresilient kids.

I am not claiming this phenomenon endemic to the US but it’s certainly a growing concern. Perhaps this is why the message in the parenting seminar’s keynote address by Robert Evans resonated so much for me. He spoke about how today’s parents are so focused on their kids that they are willing to do everything for them: intervene at the slightest sign of trouble; help them with projects and homework the children should be responsible for; even criticize teachers and authority figures for treating their child unfairly. In essence, these parents are clearing life’s path of all obstacles and challenges that would help a child build character, resilience and stamina.

“Parents don’t need to prepare the path for their children…instead, they need to focus on preparing their children for The Path.”

Preparing our children for the path…what does that mean exactly? And where do we draw the line?

I would not label either my husband nor myself a helicopter parent—Drill Sargent, perhaps–but as a freelance writer with a flexible work schedule, I avail myself to my children and their school and activity schedules. I’m a room parent, active member of the Parent/Teacher Organization and volunteer for many roles at my children’s schools and extra-curricula. But I don’t think I over-do it.

At my daughter’s elementary school, there’s a rumour that the teachers have an acronym for the (mostly female) parents who should get out of the school and get a job. I don’t know what the acronym is and pray it’s never associated with my name but I can understand why it exists.

In parents’ defense, however, we can’t help feeling more protective and sometimes over-bearing about our kids. We want to be able to let go of their hands and let them find their own way but there are a lot more demons along the path now. Social media, for one, has rendered our lives  more public than ever before. I often find myself more concerned about the fall-out of a misstep on Facebook than a misstep in real life. Take for example the recent milestone our daughter achieved, which I was initially so proud of but ultimately never posted online about:

Our house is a half-mile away from our elementary school. To get there, you walk along a lovely open path along a ridge, down the hill across the soccer fields and arrive at the school. You can see the school from the top of our street. My children and I have been walking to school along this path, which we dubbed the Faery Path, for four years now. Recently, we allowed our independent 1st- grader to walk to school on her own. There are other kids in our neighborhood who also walk to school but none of them without a parent. For this reason, I got nervous about it.

I wasn’t nervous for our daughter, she’s a very capable and spunky 7-year-old, I was nervous for what others would think about my decision to let her walk alone; how they would judge my parenting style.

Later that day, when I picked my daughter up from school, she effervesced about how exciting it was to walk to school on her own and how responsible it made her feel. With heavy-heart, I informed her that it was the only time she would get to walk the path on her own for a while.

It’s just not how today’s parents are doing things.

How do you help prepare your children for the Path? Do you feel the judgement of others has a negative outcome on your child rearing decisions?

This is an original post to World Moms Blog by Senior Editor and mother of two, Kyla P’an.

The image used in this post is credited to Nina Mathew’s Photography. It holds a Flickr Creative Commons attribution license.