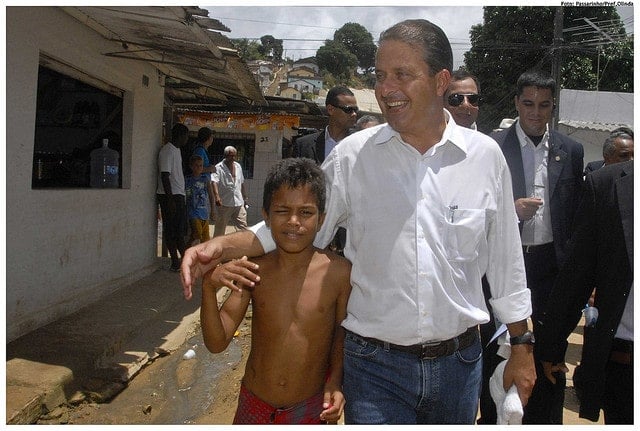 BRAZIL: The Death Of A Father 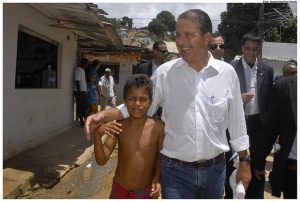 As I write this I am still in shock from the sudden death of Eduardo Campos, Brazilian presidential candidate and ex-governor of Pernambuco (the state where I reside), who died on August 13 in an airplane crash.

At this moment I am not considering the political aspects of his death – although it will surely bring about significant changes to the Brazilian political scenario. I will not go into a spiritual/religious discussion here, but death has never been something that has bothered me when I think of the person who died per se. I think the person who died will be fine in some way or another.

What does bother me is the suffering of those who have remained alive, especially in two situations: when the deceased one has left parents, or when he has left small children.

Thus, for me Campos’ case is twice as sad. He had five children (four boys and one girl), with ages that ranged from 22 to seven months. In addition to his children, his mother (the politician Ana Arraes) outlived her son, and I cannot think of a greater pain than that.

Dedication to family seems to have been a recurring theme. An obituary published by The Economist said: “Yet in many ways Mr. Campos was socially conservative, a Catholic and a family man. He married Renata, a childhood neighbour and playmate. They had five children”.

His strong links to family even marked his death – Eduardo Campos died exactly nine years after his grandfather, Miguel Arraes, a prominent political figure who was exiled for almost 15 years during the Brazilian dictatorship. Campos’ youngest son was named after him.

Another striking image was his widow’s plea that a special memento be found and returned to her: a chain Campos carried with the image of five Catholic saints, one for each child, plus the letter “R” for Renata.

Unfortunately situations such as these, when mothers or fathers, sons or daughters die, are common and happen any minute. Yet when such a situation reaches the media because it has happened with someone prominent and young (he was 49), at what seemed to be the high point of his career, it is a reminder that we must savor every moment with our loved ones.

Being truly present when we are with our parents and children, and any other people who are special in our lives is the only way we can, at least in part, diminish the fear of their death.

Do you talk about death with your children? Have they ever been exposed to the death of a loved one?

This is an original post for World Moms Blog by Eco Ziva. Photo credit: Prefeitura de Olinda. This picture has a creative commons attribution license.