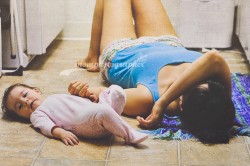 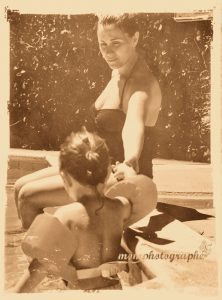 A few months ago, my parents had their 45th wedding anniversary. Our gift to them was a photo book. In this one book, my sister (as she was responsible for putting it all together) was able to squeeze almost their entire life and the most important events from their kids lives: our baptisms, our 1st communion rites, our marriages, the births of their grandchildren, and a few family gatherings.

Growing up, I remember a black sack that my parents kept almost all our pictures in, including pictures of my grandparents. (There was just a single photo of my paternal mother, but none of her husband). Apart from that, we had one small photo album. It wasn’t until my adolescent years that we got our first small film camera. Since then, the amount of photo albums started to expand.

After she’d received the anniversary album, my mom Skyped me and showed it to me, even though I was already aware of it it. And yet, during that Skype session, I realized just how few moments from their lives had been captured for us. Compared to what they had accumulated of us in photos, the images that captured their own lives was much less.  END_OF_DOCUMENT_TOKEN_TO_BE_REPLACED