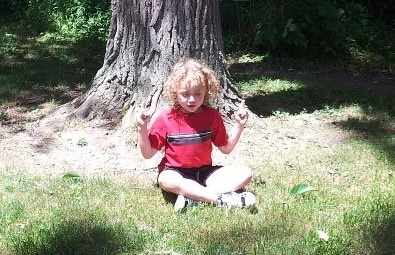 SOUTH AFRICA: The Soundtrack of our Lives 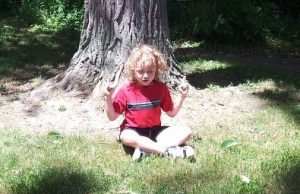 Recently I started practicing Heartfulness Meditation.  It is when you are trying not to think about anything that you truly realise how your brain is never quiet!  No matter what we’re doing, there’s a constant commentary going on.  Most of the time we’re not consciously aware of these thoughts, but they do have an impact on our mood and behaviour.

Sadly, we are often raised to be very hard on ourselves, and our “self-talk” tends to be negative and critical. We would never be as cruel as we are to ourselves towards anyone else!  This begs the question, why do we think it’s okay to be so mean to ourselves?

Many point to the way women are portrayed in the media, and how we’re somehow expected to be “perfect” – totally able to be a brilliant mother and an outstanding career woman whilst keeping a husband happy to boot. The truth is that nobody is perfect, and nobody truly has the life that we imagine they do!

A while ago I read something that truly resonated with me – “Don’t compare your behind the scenes to somebody else’s show reel.”  Think about this for a minute … none of us really know what goes on in another person’s life, we only know what they choose to share with us.

Obviously people tend to share whatever makes them look good, and not what they’re ashamed of.  So we look at another person and think “why can’t I be as good / brave / fit / successful or whatever as this person?” without knowing that they are probably thinking the same thing about us!

The good news is that as soon as you become aware of a bad habit, you can choose to replace that habit with one that is better for you.  With regard to negative self talk, there are two steps to mitigate it.  The first is to become more aware of the “soundtrack” going on in your mind. The second is to refute the nasty comments.

For example, if you make a mistake and find yourself thinking “I’m SO stupid!” you should counter that statement with something like “I’m not really stupid, I made a mistake, I now know better and I’ll do better next time.”

I also think it is very beneficial to carve out a few minutes every day to try and quieten the mind completely.  This is usually accomplished by means of meditation, but it doesn’t necessarily have to be anything esoteric. It’s enough to sit in a quiet and comfortable space and just focus on breathing in and out. As soon as you become aware of a thought, you just bring your attention back to your breathing.  There are many variations to this, for example in Transcendental Meditation a teacher gives you a mantra that you must repeat. No matter what you choose, the aim is the same, to try and get rid of the “soundtrack” (even if it’s just for a couple of seconds) so that you can reconnect with your authentic self.

Sometimes my soundtrack is made up of snippets of songs, and that can occasionally be rather amusing.  Recently I tore part of my big toenail away from the nail bed. I kept it taped up to try and prevent my nail from falling off completely.  I’d only left the tape off for a short time when I snagged the same toenail again and ripped it even more!  Despite the pain, all that my brain had going on in a loop was the line “Oops, I did it again.” from the Britney Spears’ song!

Did you ever notice yourself thinking about a particular song in response to what is happening to you or around you? If so, can you give us an example?

Have you ever tried any kind of Meditation? If so, did you find it beneficial?