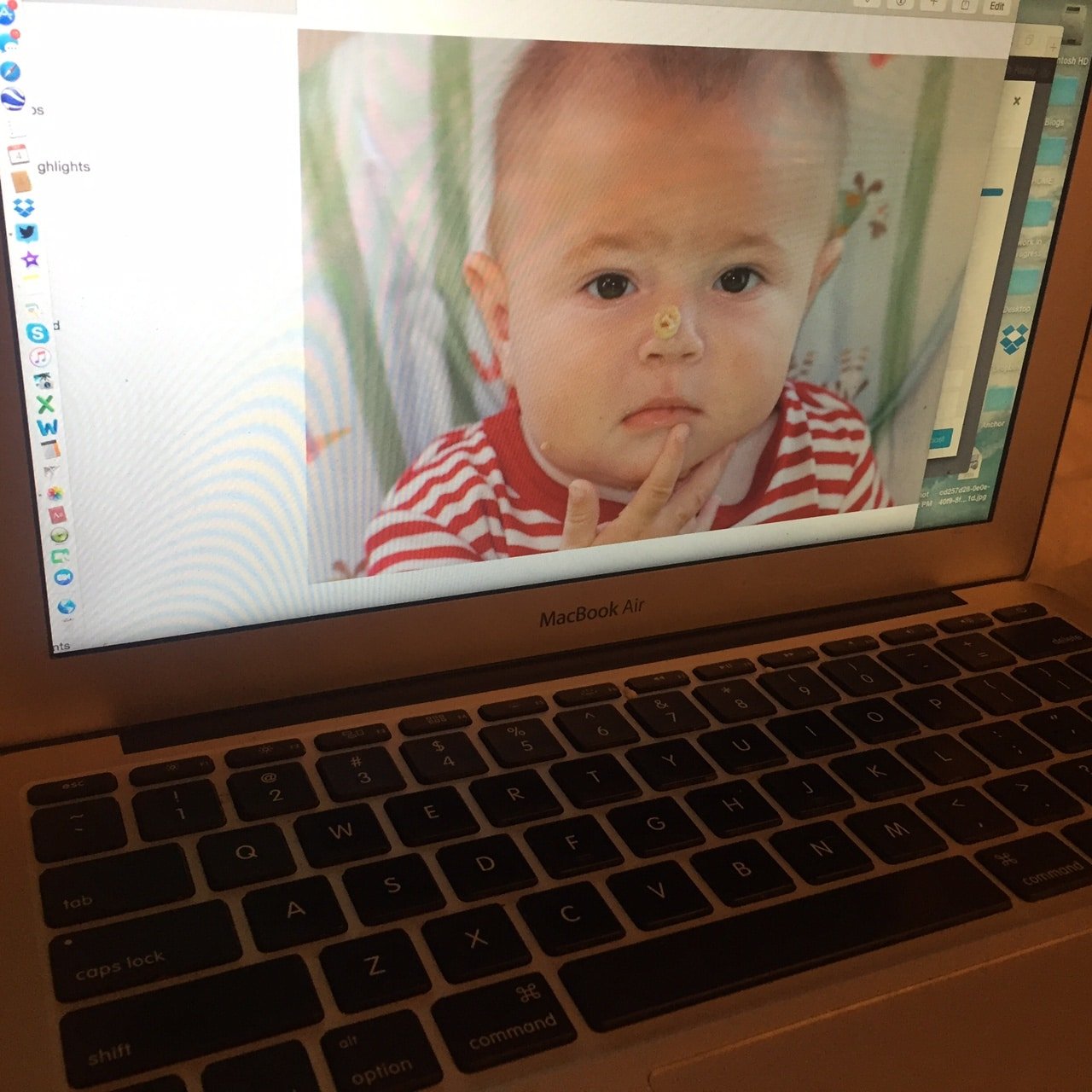 UK: Parents – Whose Story are you Sharing Online?

It’s a very different world that my children are growing up in now than when I was a child in the 1970’s and 80’s. As a young teenager I would be sat in my room with walls covered in posters ripped out of Smash Hits magazine and I’d be listening to the radio or maybe reading a book. If my friends wanted to chat to me they’d call the family landline and I’d take the phone on a long wire out into the hallway and sit on the stairs and gossip away for as long as my parents would let me.

Nowadays, my 13 year old son JJ could be watching a movie in his room whilst playing a game on his iPad, and chatting to his mates via Whatsapp. He has no need for posters from magazines as any image he wants to see can be called up on his computer at the touch of a button and he rarely speaks on the phone. Everything is instant and access to information is super easy.

So easy that when JJ meets a new mate and they decide to become friends on Facebook his mate can now see much of my profile on FB too and especially all the posts JJ is tagged in. If his friend wants to dig back a few years he might find a picture of JJ in the garden in the paddling pool or uncover one of him with crazy hair from a fancy dress when he was 6, and what I’ve really been pondering just recently is if JJ wants his new mates to see all this and if it is appropriate that I have shared his life online?

This isn’t an easy topic to explore, it is very emotive and I know that everything I have shared has been done because I love JJ, and because I thought whatever he was doing was cute or funny. Surely I’m just being honest and telling my story, the story of parenthood and the joy it brings me?

But now that JJ is becoming a young adult does he want his digital footprint already established from before he could even type? Was this really my story, or was it his and not mine to tell at all?

Children of JJ’s age are the first to be growing up in this new era, this time of instancey and easy sharing. My first serious boyfriend when I was 16 was only able to see my childhood images as my Mum got out the photo album and I sat next to him and cringed as he looked through, but this still gave me an element of control. JJ’s first girlfriend can befriend him on Facebook, or read my blog, or follow my Instagram feed, check out Google + or any of the other social media sites I use as a successful blogger.

Because that’s another thing, as a family lifestyle blogger I’ve shared a lot about each of my children and never with the intention of embarrassing them. Always with the aim of creating a family treasury of beautiful moments and adventures together and sometimes with the hope that I can help another struggling parent but will JJ want his future girlfriend to know that we started to have him assessed for Asperger Syndrome when he was about 6 years old? Maybe not, but as I’ve been blogging since he was four and my girls were less than one there is a lot of information about them out there for all to see.

Thank the Lord I have always been honest with my children and they know about my blog and they realise that when I say smile and hold up my iPhone the chances are that photo will make it onto my blog or social media in some form. This means they have the opportunity to say no and sometimes they do, they say ‘not today Mum’ or they feel off colour and don’t want to be on show, and that is fair enough and I respect their decision. But they couldn’t make that decision when they were a toddler or pre-schooler as they weren’t competent to do so and that was when I made the decision to share for them and now I’m left wondering if I did the right thing?

So now I’m at a cross roads and I am being much more discerning about what I share about my kids. Their health issues don’t get shared, their fears don’t get shared and their struggles in life don’t get shared and whist on the one hand I think this is such a shame as parents need resources to go to where they can feel reassured that it is normal that a teenager still has bed wetting issues (mine doesn’t I hasten to add) or that a nine year old girl has started to become a woman (no, not mine either). On the other hand it is more important to respect their privacy and allow them the dignity to live their lives in peace and to share who they wish to tell their personal secrets and struggles to.

From now onwards the story I tell via my blog and social media really will be my story and just mine. Of course they will still play a part as I’m a parent and that is probably the biggest part of my life right now but I can’t share as openly as I once did as I now know this could negatively impact their future relationships, decisions and confidence, and that is the last thing I’d want to do.

What about you? How much are you sharing of your child’s life online and have you had the conversation with them to see if they are happy about it?

This is an original post for World Moms Network written by Michelle Pannell, who can normally be found writing at Mummy from the Heart and Progress Not Perfection.