INDONESIA: The Blessing of Individuality 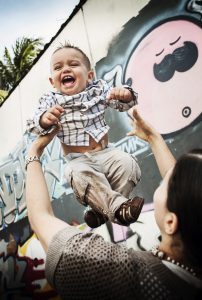 I have been blessed with two sons. My oldest is almost three years old and my baby just turned one. My pregnancies went as expected, bloating, swelling, nausea and horrible morning sickness, you know, the usual. However, the first breaths of life of each of my boys have been completely different.

Evan, my oldest came out of the womb kicking and screaming. Two nurses had to hold him down in order to be able to aspirate his nose. He was loud and restless from the first second, and he still is.

Joshua, my baby, came out with the calmest demeanor and the wisest look I’ve seen on a baby’s face. From his first minutes of life he seemed to be taking everything in and seemed at peace with his new environment.

When Josh was born, I thought to myself, “I’ve made it.” I already have a toddler and I know exactly what to do. I thought that all the things that worked with Evan would immediately work with Josh and that the things Evan enjoyed, Josh would, too.

Boy, was I wrong. END_OF_DOCUMENT_TOKEN_TO_BE_REPLACED