“Solar Sister eradicates energy poverty by empowering women with economic opportunity. We combine the breakthrough potential of solar and clean cooking technology with a deliberately woman-centered direct sales network to bring light, hope and opportunity to even the most remote communities in rural Africa.”-www.solarsister.com

Katherine Lucey is a mother of five and founder and CEO of Solar Sister, a Rhode Island based direct marketing social enterprise that currently operates in the countries of Uganda, Nigeria, and Tanzania. She had previously spent decades in the field of finance, and after having seen first hand the exclusion of women in the energy sector through her work, she formulated her piece of the solution to the problem.  Katherine knew that despite the fact that women were being excluded from the energy conversation, they were actually the main household purchasers. On average 40% of that purchasing power was being spent on energy resources such a s wood, kerosine or paraffin, which came with their own set of harmful issues. Burns, respiratory problems, and the dangers of a woman collecting wood on her own, often at dark, inspired Katherine to launch a direct sales solar enterprise that would both empower these women economically and provide an alternative clean energy source for their daily lives.

Five years later Solar Sister has 1,250 entrepreneurs selling solar lamps, lighting solutions, and clean cookstoves, helping communities to leapfrog over older energy technologies in favor of clean, renewable solar energy sourced by the African sun. To celebrate the five year anniversary of Solar Sister, a goal has been set of raising $500,00.00 to train and launch 1,000 new Solar Sister entrepreneurs. This July a group will climb Mount Kilimanjaro, Africa’s highest peak, to raise funds and awareness for their campaign, and as a symbolic tribute to all of the Solar Sister Entrepreneurs.

“Every woman is a Solar Sister” Solar Sister’s Director of Engagement Caroline Mailoux explained as she outlined her goal of taking part in the upcoming Solar Sister Kilimanjaro climb this summer.

“We want to challenge ourselves in the same way these women do, the Solar Sisters are bold, brave, overcoming obsticles, and transforming how people consume clean energy every day.”

The issue of energy poverty is a universal one, and understanding the importance of women and access to clean energy is becoming increasingly important each day.

Have you dreamed of climbing Kilimanjaro? I do! 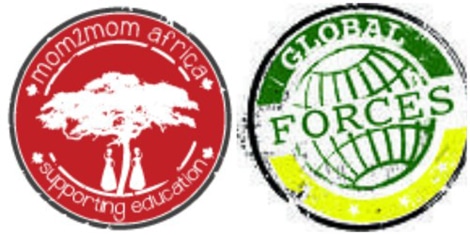 SOCIAL GOOD: Working Together Towards a Brighter Future 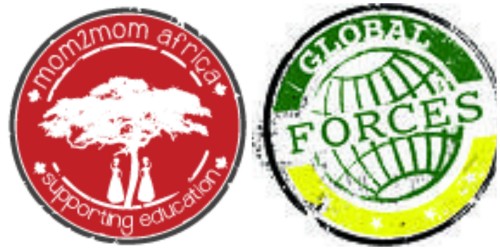 In a world where Not for Profit Organizations are often competing against each other for funding and publicity, it is so refreshing to feature a collaborative venture that worked so seamlessly and so successfully.

When Mom2Mom Africa recently collaborated with Global Forces, the result was absolutely amazing and inspiring!

Mom2Mom Africa, a Canadian not for profit organization, that I started not so long ago, funds the education of women and children in Tanzania. As of today, Mom2Mom Africa is providing quality education to 16 children and 5 young women in Tanzania. The primary goal of the organization is, and has always been, to raise funds to pay the school fees of each student, as well as to provide the basic school necessities including textbooks, writing supplies, lunch, and uniforms. In doing so, it was assumed that each student would be well-equipped to be successful in their studies. This was simply not the case. These students don’t have electricity at home, which is something most take for granted and rely upon in daily life. END_OF_DOCUMENT_TOKEN_TO_BE_REPLACED