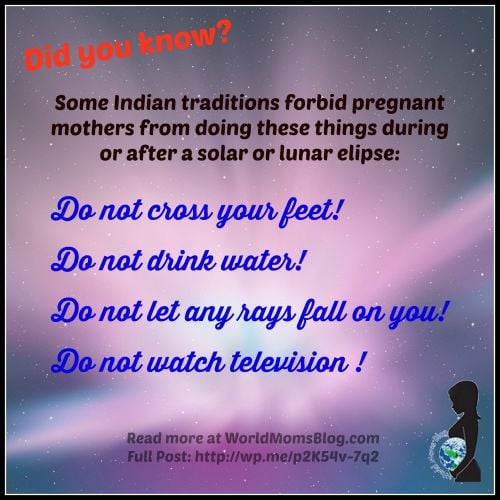 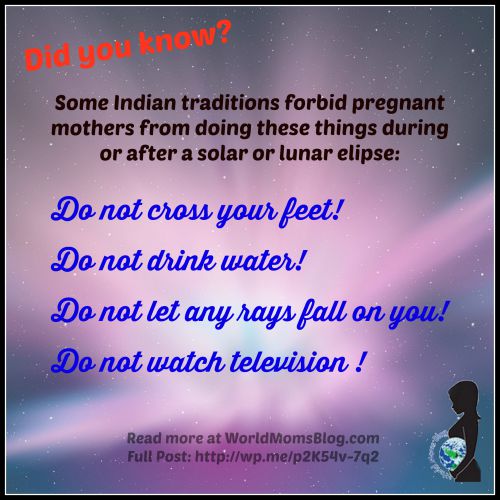 Total Eclipse of My Pregnancy

In India, some say the most awesome time of any woman’s life is when they get pregnant. You have life in your body, share all that you feel and have lots of company. This is also a time when  you will have your husband doing everything thing for you, provided you ask for it. However, if you happen to be a woman who has a pseudo ego of being self reliant and who has never asked for many favours in life, this is not a comfortable time. This was me.

Looking back, it was silly not to have taken advantage of the help of my husband and my extended joint family including, my mother in law, co sister, their respective husbands and their daughters, all of whom I still live with. It’s true. We, Indians, live like this with lot of people to give us company all the time. We hate and love them simultaneously.

I wanted to be so self reliant that I never wanted them to cook anything special for me!! Not even once during my all nine months. I made it to term although my whole extended family wanted me to deliver my child as early as possible, probably in the first month!! They were just too excited to welcome a new member in the house and extend the extended family a little more. It had been 18 years since our family had the chance to welcome new cute baby!

However, their enthusiasm was a little too overwhelming, as even my doctors suggested mildly to get a C section done after I crossed 36th month. My family had become restless and could not wait. As a mother I was excited to meet my baby, too, but I wanted my child when the time was right. Not early and not late. And, I adhered to that. I did not succumb to any pressure.

Well, ok, I was strong except for when it came to my aunties…

During my pregnancy, thrice I received calls from my frantic, superstitious aunties who in their whole life had never ever called me before. They began to instruct me to observe precautions embedded in our ancient culture and told me not do certain things. It was clear that if their precautions weren’t heeded following and during a solar or lunar eclipse, my child and I would be harmed. There was no scientific proof, of course! Here are some of the things they demanded of me during an eclipse:

Do not cross your feet

Sit in one position

Do not use scissors, knife or blade

Do not drink water

Do not let any rays fall on you

Sit in only one room, close the door

Do not watch  television

In short, it was total eclipse of my pregnancy!! Every year, lunar or solar eclipses do happen.  But if you are pregnant, they say it can harm you more than the normal people. I never quite understood whether pregnant women carry any special energy around them. Or do eclipses have special power to judge human beings? Oh she is pregnant I will harm her; oh she is women I will harm her less and this is unborn child I can harm even more.

Only Indian pregnant women will get affected by eclipses and no one else on this planet. I did bow down to the pressure. I did stay home and did exactly what was told to me, though with no personal faith but to please everyone around me. Oh, I did not want anything to go wrong with my unborn baby!

The pregnant women are strictly advised not to venture out during eclipse. It is still believed by lot of people in India that if you do anything prescribed above, your baby might become handicapped or disabled and the probability of miscarriage is increased. If you stitch cloth your child may have cleft lip. It is funny and there is no scientific explanation to all these. And there is no proven fact that it can actually cause harm. However, looking at a solar eclipse with naked eyes can harm your eyes irrespective of you being pregnant or not pregnant.

For millions of years humans have given birth and been pregnant along with other species during the time when there happened to be an eclipse. It is improbable that an eclipse can cause a direct negative impact by singling out pregnant women. There are many children who are born with a disability and cleft lip in-spite of following all of the “rules”. So, since there is no scientific explanation and eclipses do not have special power to differentiate, between whether you are Indian or not, do not get carried away! I complied with these instructions from my superstitious aunties during my pregnancy to keep everyone happy. The best thing to do? Take medical advice and do not panic.

What about you? Did you receive any advice unique to your culture when you were pregnant?

Or, did you find yourself doing something you didn’t believe in while pregnant just to please others? Let’s hear it!

This is a an original guest post to World Moms Blog by Vineeta Jain of Kolkata, India. Vineeta is an award winning media professional specializing in radio. And she did not hold any scissors while pregnant during an eclipse! 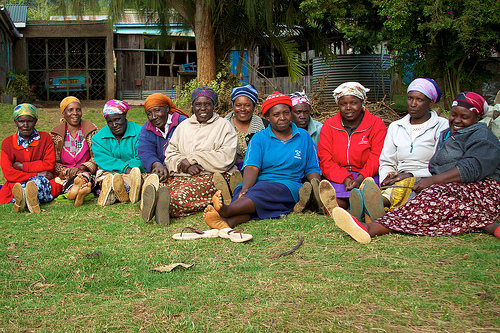 We meet interesting people on all platforms!  Twitter led us to Evans Wadango, the founder of Sustainable Development For All, an organization in Kenya.  At only 19 years old he came up with a revolutionary idea, the “Use Solar, Save Lives” program to enable families to receive a regular source of income after getting solar lamps. Interested in the type of self-starter that he is from his home country of Kenya, we invited him to write us a guest post:

On my recent visit to Western Kenya, I met so many people living in dynamic villages, with different economic conditions. Some of the villages have electricity cables passing along the main road, but the families living just fifty meters from the electricity cable cannot afford the cost of tapping to it. Although I saw the worrying trend of a rapid decrease in the size of land owned by each family, some families grew sugarcane while others grew maize.

My friend and I visited one of the villages Sustainable Development For All-Kenya has been working in for several years where we met women of Mumashi group holding their usual meeting. I saw children going to school, healthy women and children, and more importantly, happy faces. The women were learning how to bake cakes. My friend asked the women how the baking of cakes was going to change their lives. The women were so eager to answer- but the group leader, mama Ruth explained: END_OF_DOCUMENT_TOKEN_TO_BE_REPLACED