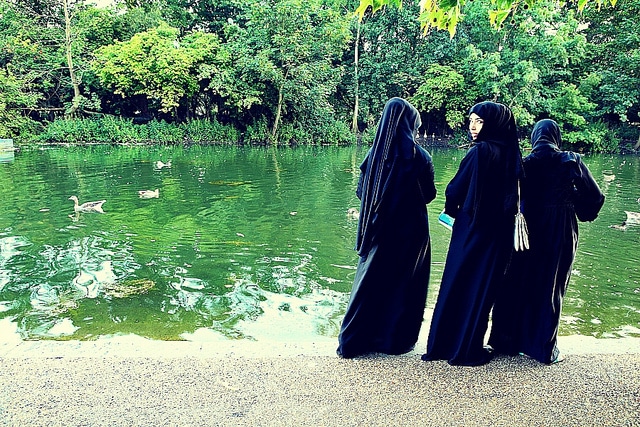 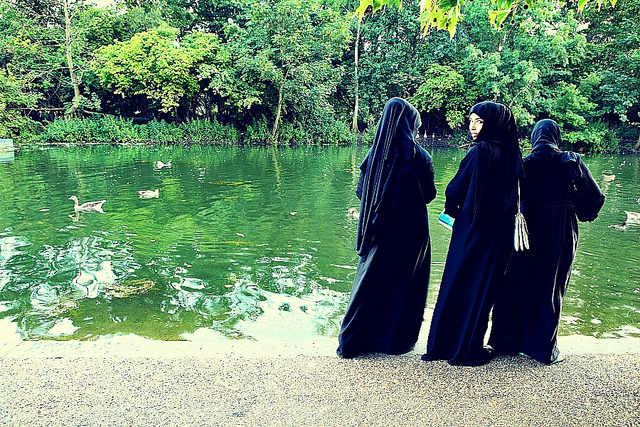 Growing up I never had to see any women around me struggle with finding a ‘work life balance’ because women didn’t work much. They were either teachers or worked in hospitals. A few women owned their own businesses but had to have men run them. And the large majority of women I knew worked for the non profit sector running charities or working in them. I would say these charities were where I saw Saudi women working the most. They were a force to be reckoned with.

We also saw women doctors. I remember going to the eye doctor to get lenses for the first time when in walked a tall, thin woman wearing a niqab (face cover with opening for eyes). She was the opthemologist. Her hands, which were the only body parts I could see, were beautiful.

Her nails immaculate (being a life long nail bitter I notice these things). But women who worked in hospitals sometimes had a stigma because they worked in a mixed environment. I later learned that the majority of women who wore niqab’s in the hospital only did so to avoid this stigma and indeed never wore them anywhere else!

I went to an all female school and was taught exclusively by women, but the majority of them were Syrian. One year I remember distinctly there was a surge in the number of Saudi women in managerial positions and some teaching positions in school. They were always well coiffed, smelled nice, wore nice shoes and had make up on. They didn’t look like the typical teachers we were used to seeing, harried and there to do a job.

Then in 2010 things began to change. Mainly because of huge reform in laws that used to restrict women working in Saudi. This was the beginning of the King Abdullah era which saw the number of women in the workforce rise from 55,000 to 454,000 in 3 years! Suddently, women were in the work force, working along side men in many cases.

There was a mixed reaction to this change. Families could see the importance and benefit of adding another income, but at the same time, were conflicted about the women of the family going into the work environment and gaining independence. The women who were already in the work force were a huge support for the women newly coming into it. But men had a hard time working with women. Some didn’t respect them, others had no idea what do with them or where to look or how to address them. In the case of my cousin, who is the head of a non profit organisation, some men flat out refused to talk to her util they realised that they would not be offered an alternative and either had to work with her of shove off.

Then there is me. I have always felt the need to do something.

Since I got married at the age of 22 I have been planning, and researching and imagining this business I would open. I have files and files of papers printed, notes scribbled, suppliers contacted over the years until, finally, my dream was realised. Before opening my business it was a breeze working on it while being a ‘good’ wife and a ‘good’ homemaker and a ‘good’ mother. My time was my own and I worked when I liked. And it was still a dream… not a commitment.

Then I opened… and my life changed. I cannot speak for the women for whom work is a necessity. The ones who’s families depend on them to live. I do not think they have the pleasure of having this ‘life work balance’ conversation because without work there would be no life. Such as Um Ahmed who worked for a while as a cleaning lady at my center. She was the sole breadwinner of her family. When I met her she was in her late 30’s, she had 5 children, none of which worked. What blew me over was when she told me she would have to take a day off or leave early every few weeks as she was learning to read and write and wanted to sit her exams. Um Ahmed left a year after working for me as she got pregnant and had to stay home with her 6th baby.

In my case, working was a choice. It did come from a need to realise a dream I truly believed would be beneficial to society even in a small way. It was a necessity in that sense but it was very much a choice I made. No one is relying on any money I could potentially make (God willing at some point) from my business.

Society here puts the burden of making everything work on the woman. If the marriage fails they look at what the woman didn’t do. If the children turned out messed up they looked at the mother. If the house was less than pristine they looked at the wife. If the husband strayed they say “did you see how his wife let herself go?’.

I remember talking to a school teacher as we sat in a restaurant with her 11 month old and a few friends. She looked tired and harried while she bobbed her child on her knee and told us all about how when she gets home from work she makes dinner immediately so she has time to shower and fix her hair and get dressed up for her husband before he got home from work. She tried to make sure her son was calm and clean for his father.

She said “you know, we have to make sure they are happy and comfortable”, and I said “who makes sure you are happy and comfortable?”, and she looked surprised, then laughed at the absurdity of it. I went on saying “what little things does he do for you? take you out to dinner? Give your son a bath? Help with the house work?” she didn’t like this line of questioning and thought I was being rude I think so I dropped it.

In our society women must look beautiful for their husbands. And if you are lucky then you have a husband who at least tries to look presentable for you. I remember going to see a child counsellor when I was pregnant with my second child because of an anxiety issue my son had. I walked into her office, 8 months pregnant with my daughter, and talked to her about my son.

Somehow we ended up talking about me and about how I needed to make an effort in the way I look! She said “why don’t you have any makeup on? did you husband see you like this before you left the house?” Needless to say I left the office and never came back.

We have not entered, nor do I think we will ever, the phase of being proud of our mommy pants and the fact that we look tired because, well, we work hard and we are tired. Regardless of how hard you work or how much you have accomplished you will always be expected to maintain yourself. And in most cases it is down to you to make life interesting, entertaining and comfortable for your husband and children.

How do I feel about this? Even though, in the light of how much I have put into this business and how obsessed I was when starting it and how supportive my husband has been, (He only asked me to shut it down once when we were on vacation and I spent my whole time Skyping the staff.) I feel like I am failing probably about 60% of the time.

My husband works from home, and therefore, sleeps late. This means that I sleep late because I love spending time with him one on one. And by the time my kids are in bed he would have gone out to see his family or friends, and I would do the same. On most nights I would go out just to avoid falling asleep on the couch or in some instances I would fall asleep with my kids do and have a late nap till her comes home!

This an original blog post by World Mom, Mama B. of Saudi Arabia. You can also find her at her blog, YaMaaMaa.

Photo credit to Roberto Trombetta. This photo has a creative commons attribution noncommercial license. It has not been altered.