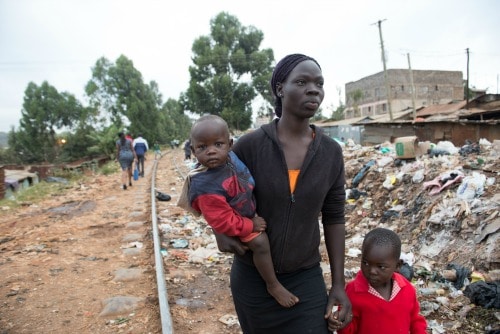 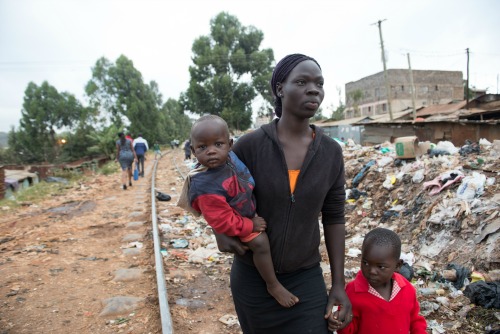 Family living in Kibera, the largest slum in Nairobi, Kenya.

Last week, World Moms Blog conducted an exclusive interview with Save the Children’s President and CEO, Carolyn Miles and Vice President of Global Health, Robert Clay at the United Nations headquarters in New York City. Our conversation was around the State of the World’s Mothers Report for 2015, released today! Carolyn had recently returned from Haiti, and was enthusiastic to speak about this year’s findings…

Jennifer Burden: The State of the World’s Mothers Report now covers 179 countries, how many years has it existed?

Carolyn Miles: This is the 16th report, and I have been with Save the Children for 17 years. It came about as a connection between the well-being of mothers and children around the world. The report measures the well-being based on 5 indicators: economic, education, maternal health, child survival and the representation of women in government.

JB: The theme of the report in 2015 seems to focus on urban areas. Save the Children is pulling apart statistical averages in cities. Why?

CM: It is driven by getting to the hardest to reach children. Seventeen thousand children die per day. That has halved from 33,000 since 1990. We are answering the question of, “Where are the hardest to reach children?” And the cities are where the world’s population is going. In 2007 there were 51% of people on the planet living in cities. Today that number is 54%, and the city population is rapidly increasing. Cities are where the children, mothers and parents are living.

Families move to the cities looking for a better life, but in the poorest areas, the urban slums, children there are 2 times as likely to die than the richest kids in the same city.

JB: The urban data — when we think of child survival rates and socioeconomic disparities, most may think of cities such as Kampala, Delhi or Rio, but the report hits home, here, in the U.S. Can you tell us about Washington, D.C.?

CM: Yes, we looked at 25 capital cities in high income countries and the infant mortalities, including the deaths of infants under the age of one. Washington, D.C. was at the bottom. When we compared the wealthiest district and the one with the most poverty, children in the district with the most poverty were 10 times more likely to die than children from the wealthiest district.

Inequality is an important issue in the United States.

Urbanization in 2030 is expected to account for 65% of the population and to further increase in 2050.

Also, a key point is that the data is weak. We are looking at the DHS infant mortality rates, and the world needs to do a better job in accounting for this data.

JB: What was the biggest surprise this year?

CM: It was no surprise that the Scandanavians are always at the top. If we really want mothers and children to have a better life, we should support them.

To give a really specific answer, inequality is killing kids.

I just returned from Haiti 2 days ago. Haiti is in the bottom 10 and hasn’t been there in a long time. Number 1, the country has a very low education rate. Fifty percent of children do not get through primary school. Number 2, the decreased strength in the government slowed progress. I met with a bunch of moms and babies who are getting very basic healthcare, but more has to be done.

JB: What was the biggest success story?

CM: Panama made a lot of progress this year and has moved up in the rankings. This was driven by education and improvements in the representation of women in their government.

JB: As I read in the report, Carolyn, you have an interesting “World Mom Moment” that led you to leave the corporate world and work for Save the Children. (According to the State of the World’s Mothers Report 2015, Carolyn was in Manila holding her 6 month old son 20 years ago, and she felt that it wasn’t right that children she saw in poverty would have a very different chance at life than her son. It was that experience that led her to leave the corporate world and join Save the Children.) So, on World Moms Blog, we always ask, “What is your wish for world mothers?”

CM: Yes, I did, in Manila while holding my son when he was a baby! My wish is mostly that every mother has the basics: basic healthcare, that their children can go to school, and in conflict countries that moms and children are protected.

JB: What is the one action you would like us to take and encourage our World Moms Blog community to take to help mothers and children worldwide?

CM: Just one? (laughter) Please go to the Save the Children Web Site!

1) Donate to the programs — there are many choices!

2) Save the Children has a policy ask. To press the US government, a world leader in child and maternal health, to pass the Coons, Graham and Cardin Bill to support global maternal and child health programs. We must keep pushing.

3) In the new UN Goals there is a big focus in inequality. We think that is REALLY important that we ask that these goals are supported in order to reach the most deprived kid. These are the goals that every country will sign off on. 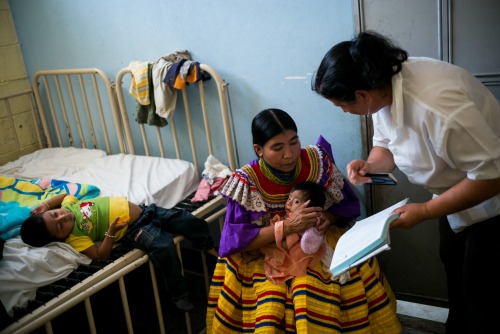 JB: Next, we have fielded some questions from our World Moms Blog contributors. First, Cindy Levin, the Anti-Poverty Mom in Missouri, USA asks, “What is the biggest area of opportunity to save kids lives this year…vaccines? nutrition?”

CM: It is hard to pick one. This year it’s important to get the new goals right, and we’re pushing for children to be central to them. In 1980 that is how things were done — one goal would be focused on. But when you only have a vertical lens, you’re not taking advantage of the integration of services.

Now, the focus is on smart integration to meet the demands of the children.

For example, in Nepal, the focus is on nutrition, as well as, water and sanitation. If a child is getting proper nutrition, but is drinking dirty water, then they are going to get sick and the nutrition alone won’t help. They have to work together.

JB: Next, our contributor, Kristyn Zalota of Cleanbirth.org in Connecticut, USA asks, “The largest obstacle moms in Southern Laos have to reaching a clinic is distance and lack of transportation. How common an obstacle is this for women worldwide?”

CM: Very common. Transport is a big barrier for women worldwide. Some of the solutions we are using are to construct mother homes next to clinics to decrease the distance, and her family can join her, like a birthing hut system. Another way to get the pregnant mother to the clinic is by ambulance. We line up the ambulances ahead of time in anticipation of the birth. For example, in Uganda, bicycle ambulances are used, and they have a sled in the back for the mother.

JB: Lastly, Maryanne Waweru-Wanyama of Mummy Tales in Kenya asks, “In societies that are very patriarchal and in communities that still uphold retrogressive cultures (this is so in many African cultures), where a woman’s reproductive health decisions are dictated by men (fathers, husbands, brothers, etc.), how is Save the Children working with men in this regard? Any examples?”

CM: This is a really important question. I’ll give you an example in Uganda, where there are lots of family planning clinics available that are supported by the government. But yet, we found that not all mothers were using them because they had not gotten permission from their husbands. So, sometimes access is not the problem.

Save the Children is encouraging and having “family discussions”, a way of bringing men into the discussions. We give them stats, economics, etc. that leads to the the better health of children and family spacing.

Robert Clay: Save the Children also works with adolescents on this topic. We are bringing boys and girls into the discussions before they are having children, and we talk to them about their roles and responsibilities.

Another example of how I have seen this work is through my prior work with USAID. We had soccer games for the boys with an additional afternoon discussion around sexuality. At the beginning, most of the boys only wanted to play soccer and made it clear that was what they preferred to do. Many were hearing for the first time factual information about sex, their roles as men and how to establish responsibility early on. Then, as they attended more discussions, the boys spoke of their preference to spend more time in the discussions than playing soccer!

Additionally, there is a women in government piece to this question. Societies with more women in decision making roles pass policies that are friendly to women and children. And when it comes to economics, when women have money they invest in their children.

Thank you to both Caroline Miles and Robert Clay for this exclusive interview. After the interview, there was a press conference at UN Headquarters including information on the 2015 State of the World Mothers Report. Look out for a follow up post on WorldMomsBlog.com about the press conference.

Updated May 5th, 2015. Carolyn had her “World Mom Moment” in Manila, not Hong Kong, as previously stated. 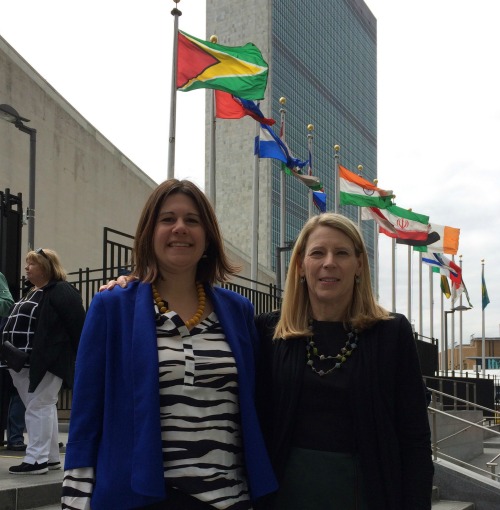 Jennifer Burden, Founder of World Moms Blog with Carolyn Miles, President and CEO of Save the Children at the United Nations, April 30, 2015.