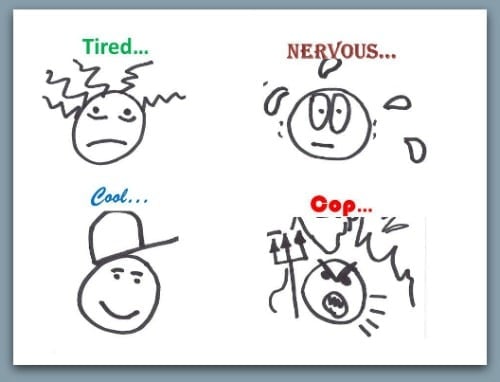 NEW JERSEY, USA: How many moms does it take to raise a child? 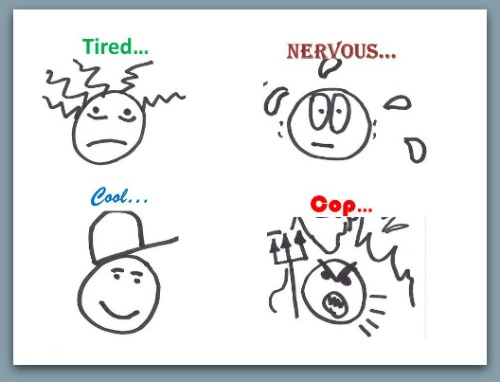 Well, let’s see… so far, I have counted four.

First, there is robot mom. She is on auto pilot because she is up twenty two  hours a day, doing pre-programmed tasks such as: feed baby, burp him, change his diaper, rock him to sleep for an hour. She repeats these tasks in a different order all day long.

Robot mom yawns all the time, does not shower every day, only wears PJs and looks like a zombie. Her conversations are very predictable, usually about substances coming out of the baby’s body.

Robot mom runs on batteries. They are rechargeable with anxiety. That’s why she does not fall asleep standing up;  she is too busy worrying about the color of baby’s poop, or projectile vomiting. Yet again, it always comes down to something  smelly firing out of that tiny little bundle.

After about six months, anxiety does not recharge the batteries anymore. Plus, the baby is exhausted as well from all the throwing up, pooping and screaming, so he starts to sleep a little. It’s time for mom number two to kick in: insecure mom.

Insecure mom deals with babies that sleep-ish up to eight year olds. She has no clue what she is doing, and is constantly reminded by her friends and family members. “You shouldn’t give him carrots at his age”, “Does she still wear diapers?”, “He is a bit small”, “How many? Only two teeth are out? That’s strange”, “Your daughter looks funny with so little hair”, “What do you mean he does not know how to read?!!”  And so on. Insecure mom is at her best with her first child. By the time her second child comes along, she has learned to tell everybody to bugger off. She has realized that past the age of five, kids do go to the toilet, so who cares whether it happens at two, three or four? She has accepted that she cannot stretch her child to grow bigger, that there are no medicines to grow teeth, and that nobody wants to do hair implants on toddlers so yeah, whatever…

Insecure mom feels guilty about everything.

Guilty for the things she does wrong, like losing the plot occasionally, using TV to get a few minutes of peace, being caught saying “What the f@*&!” by her four year old, who then seems to only remember THAT word (never happened to me!!!)

Guilty for the things she does right, like punishing the kids for being rude, using a firm tone when they spit their food back in their plate, and generally for being firm but fair.

And guilty for anything in between.

After a few years of not trusting herself, insecure mom realizes that her kids are growing up to be fine, well adjusted and happy children. So she turns into cool mom!

Cool mom is going to enjoy a few years of honeymoon. The kids are big enough to understand rules and respect. They can express themselves clearly, so unless they run to you screaming, there is really no need to panic. If you don’t hear them, they are likely being mischievous, but they have learned the difference between stuff that they cannot do that are a big NO-NO (like drawing on the walls with markers) and the stuff they cannot do but, “Meh!” (like playing video games with the volume off so you won’t know). They give you priceless, magical moments where they tell you about their friends, their views on life. Nothing is more enjoyable than this complicity between you and them. They think you totally rock, although please don’t try to hug them in front of others!

Enjoy! Because this mom does not stay for long. After that, the kids become teenagers. Everything  you thought you knew about them is just gone. Woosh!!! You have to start from scratch. The only part you don’t have to repeat is potty training. Other than that, you will have to deal with tantrums and other toddler-like behaviors: not sharing their phone with their siblings, refusing to eat, slamming doors, boyfriend / girlfriend issues (I am not sure about teenagers, but toddlers have a lot of boyfriend / girlfriend drama going on!). Except, you can’t put them in time out or tower over them with your grumpy voice and your look-like-you-mean-it. I mean, let’s face it, they are a foot taller than you are…

So you have to be cop-mom: lay down the laws, stick to the rules. And call for back up! Or maybe remote mom: move to a deserted island with your alien children until they become humans again. I have no clue, I am only entering phase three of my motherhood journey. That’s why phase four looks a little scary. But like with robot, anxious and cool moms, we’ll all manage when we get there. Because at the end of the day, we will try our best. And that’s the best we can do!

Do you feel like you have evolved, or reached milestones, in your parenting journey?  How has it been similar or different to mine?

This is an original post to World Moms Blog by Nadege Nicoll.  She was born in France but now lives permanently in New Jersey with her family.  Nadege also writes a daily blog for moms who need to smile at everyday life. She can be found on Twitter, Facebook and her website www.nadegenicoll.com