What We Did During WORLD MOMS Blogcation 2017

You might have noticed we were a bit quiet on our website this summer as we took our annual “Blogcation.” Well, here is what some of us, World Moms, were up to during July and August of 2017!

“My family and I took a backpacking trip to an alpine lake in the Cascade Mountains in Washington State, USA. It was a lot of work to get everyone on the trail with packs, but we made it to our destination and had the whole lake to ourselves overnight. The birds were chirping until 10pm and started up again around 4am, so I guess we had some company after all.”
Tina Rodriguez, Philippines 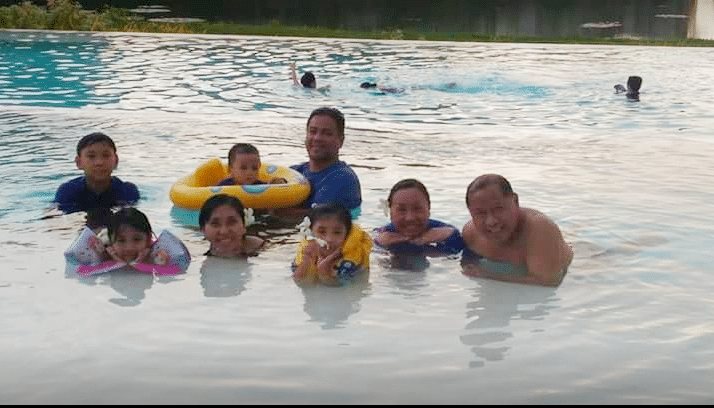 “No holidays here in the Philippines now. I’ve been trying to juggle many things like family and home life (including homeschooling the kids), work, advocacies, etc. By God’s grace, I’m surviving!

?My family and I were even able to squeeze in some bonding time with my parents, which made for many precious moments!”
Ketakandriana Fafitoson, Madagascar 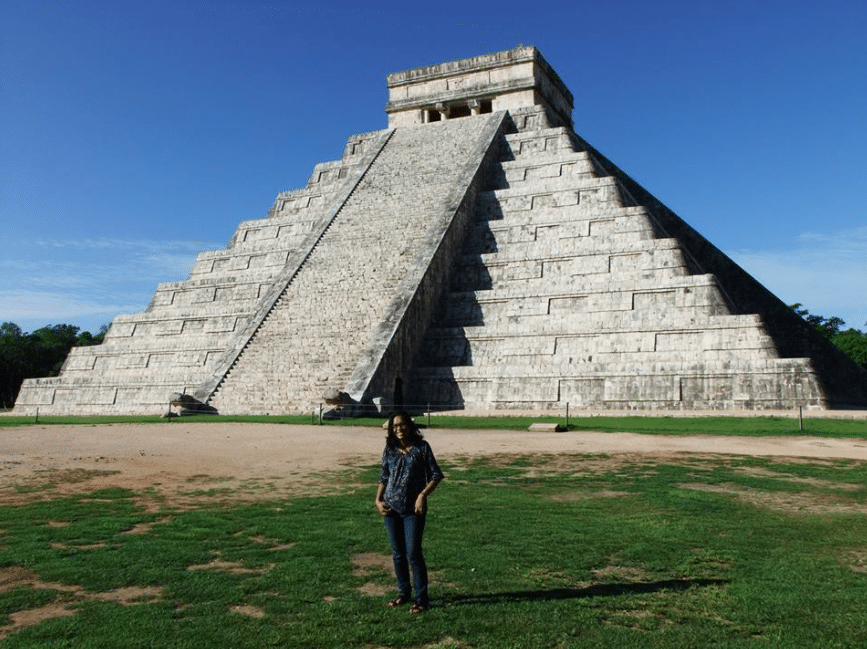 World Mom, Ketekandriana Fafitoson, of Madagascar poses in front of the temple-pyramid of El Castillo in Chichen Itza while on a business trip in Mexico. The temple once served as an astronomical observatory!

“My kids have just finished school but I don’t know if we will have time to go on the seaside this year (we live in the highlands). The fact is that I am 6 months pregnant now, and still have to travel a lot for my job and my activism…But I will try to manage some time to take them to their favorite place, maybe in early September…If everything goes well”
Tes Silverman, World Voice, USA 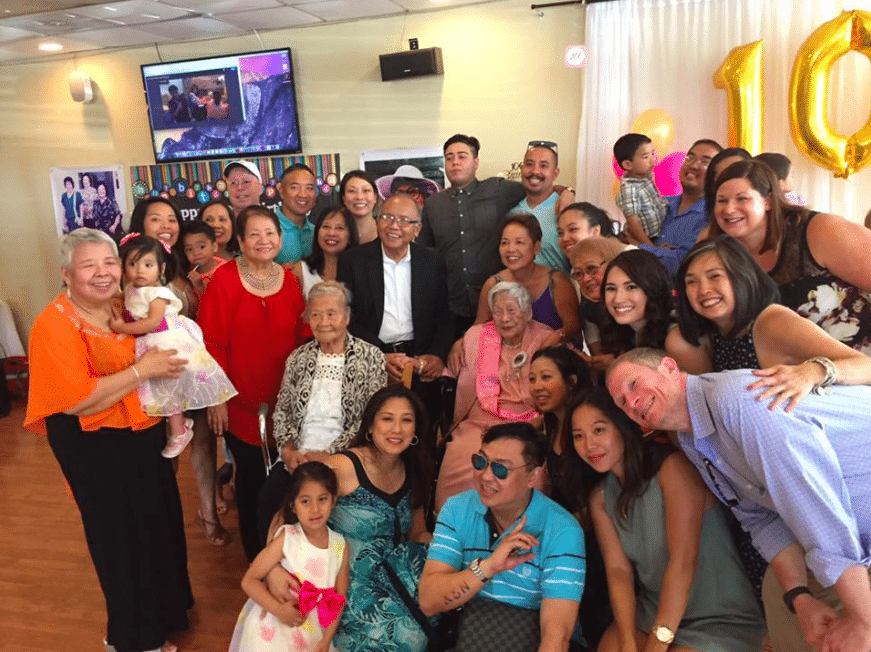 “Summer’s was busy for me & my family! My daughter, Shaina, graduated from high school in June, and then my whole family headed down south to Virginia Beach in early July to celebrate my great-aunt’s 100th birthday! What an amazing reunion of aunts, uncles & cousins I haven’t seen in years, and especially for Shaina, who met a lot of them for the first time. My most favorite moment was going up to my great-aunt Pacing (the woman of the day in pink), and after being told who I was, seeing her eyes fly wide open after recognizing me and giving me a big smile. I then moved over so I could introduce her to Shaina, and her response was, “oh so pretty!” It was so moving for me that she recognized me after so many years, and that I had the opportunity to have Shaina & Micah see her again.
That weekend spent with my relatives made me realize how precious life is & how awesome it is to have an extended family. If l live to be 100, I hope to see as much family around me as my great-aunt had. As a result of this weekend, we are now planning to get together again next year, to make sure that the 2nd generation (mine) & 3rd generation of cousins (Shaina’s) keep in touch.
To-wen Tseng, USA 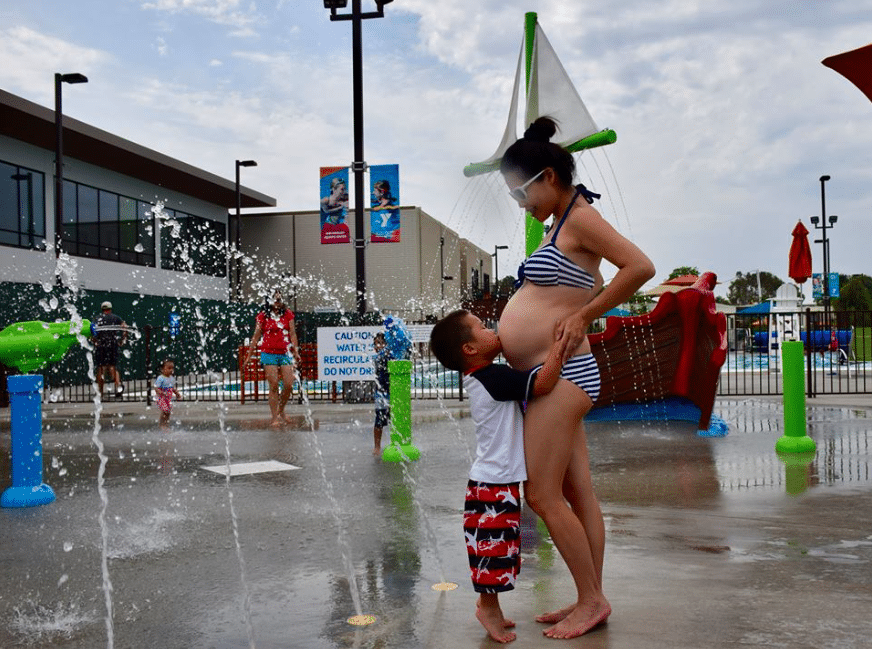 “Currently pregnant with my 2nd child, I had to take some time off earlier this year because of pregnancy complications. Now into 27 weeks, I’m feeling better and trying to catch up at work. I have a new book due exactly on the baby’s due date! Wasn’t aware of the pregnancy when I sign the contract with the publisher. A busy summer for me!”
Founder Jennifer Burden, USA 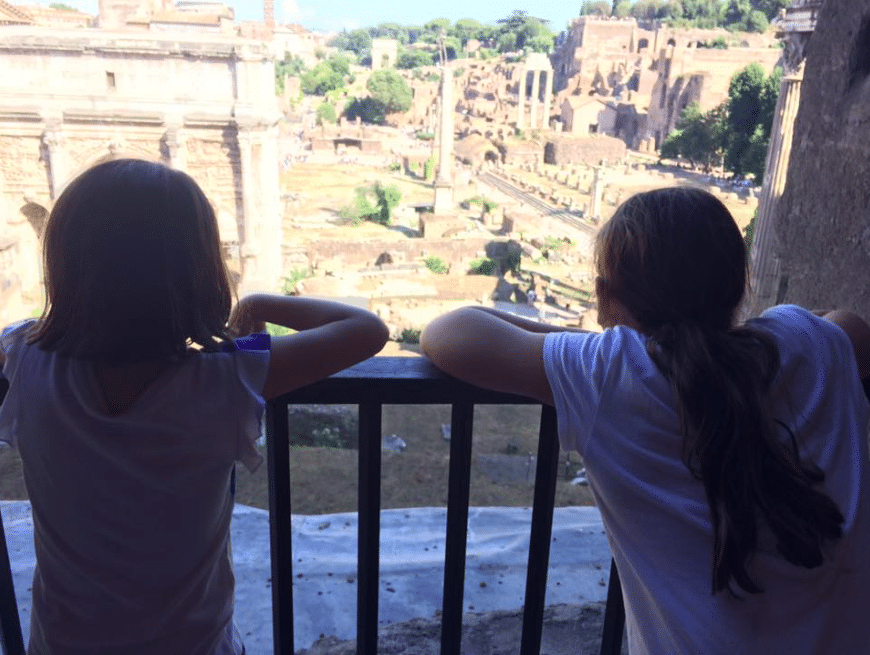 “We headed to the U.K. and Italy for a month to vacation and catch up with family and friends. Here’s a photo of the girls looking out over the ruins of the Forum in Rome.”
Bessma Bader, Saudi Arabia 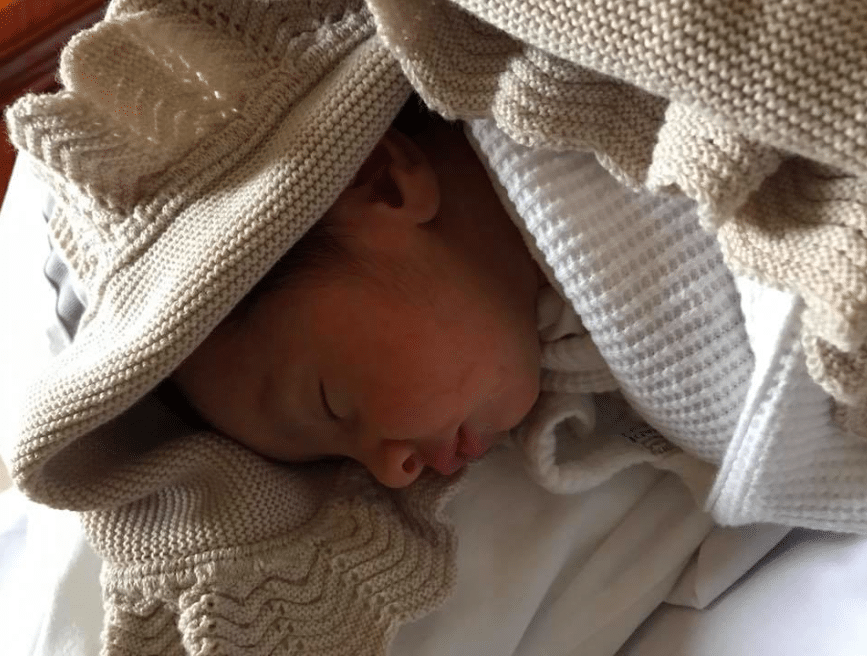 “Summer has been both, slow and busy. Busy because I gave birth to my 5th child in June 18th, and slow because since then I have been stuck under or beside my 5th feeding or caring for him. All while trying to make sure the other kids get to various summer camps and activities to keep them busy considering it’s averaging 48-50 C degrees outside in the daytime, so outdoor activities are not an option! Feeling happy, tired and blessed. 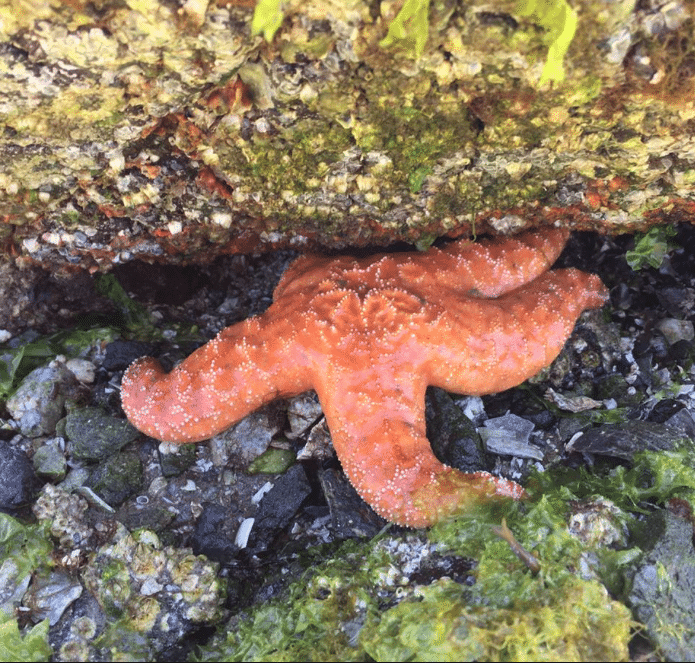 “I took my family up to the San Juan islands, a remote chain of islands in the pacific northwest of the U.S. We kayaked, canoed, hiked, and watched the orcas watching us. We also got to scramble around the “bottom of the ocean” looking for sea stars. In a rare tidal event, the moon was aligned so that we could walk where the water would normally be 10 feet over our heads!” 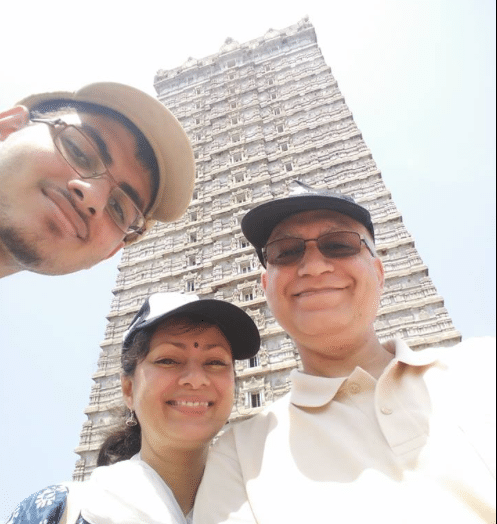 “It was a lovely summer and a bit of a milestone. My 18-year old returned home for his summer break from the hostel, and it’s been a sweet-sad feeling, cherishing every moment of family time, yet aware of the calendar telling us he will fly back to Delhi soon to his engineering studies. Best of all was the 8-day trip to Gokarna and Goa (India) – an off-the-grid, back-in-time kind of holiday, with entire days spent at the beach!” 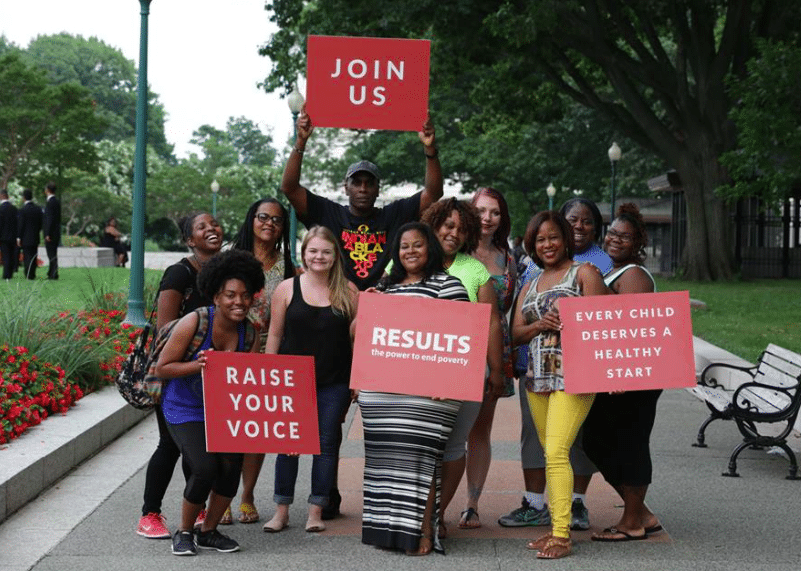 “I had a great summer. First in June, I went to NYC to participate in a story telling workshop with The Moth! Totally awesome. Then I joined Cynthia Changyit Levin in DC to fight for healthcare and led a Storytelling workshop at the RESULTS Conference! Back at home I prepped for the student that I took under my wings this summer.”
Elizabeth Atalay, Managing Editor, USA 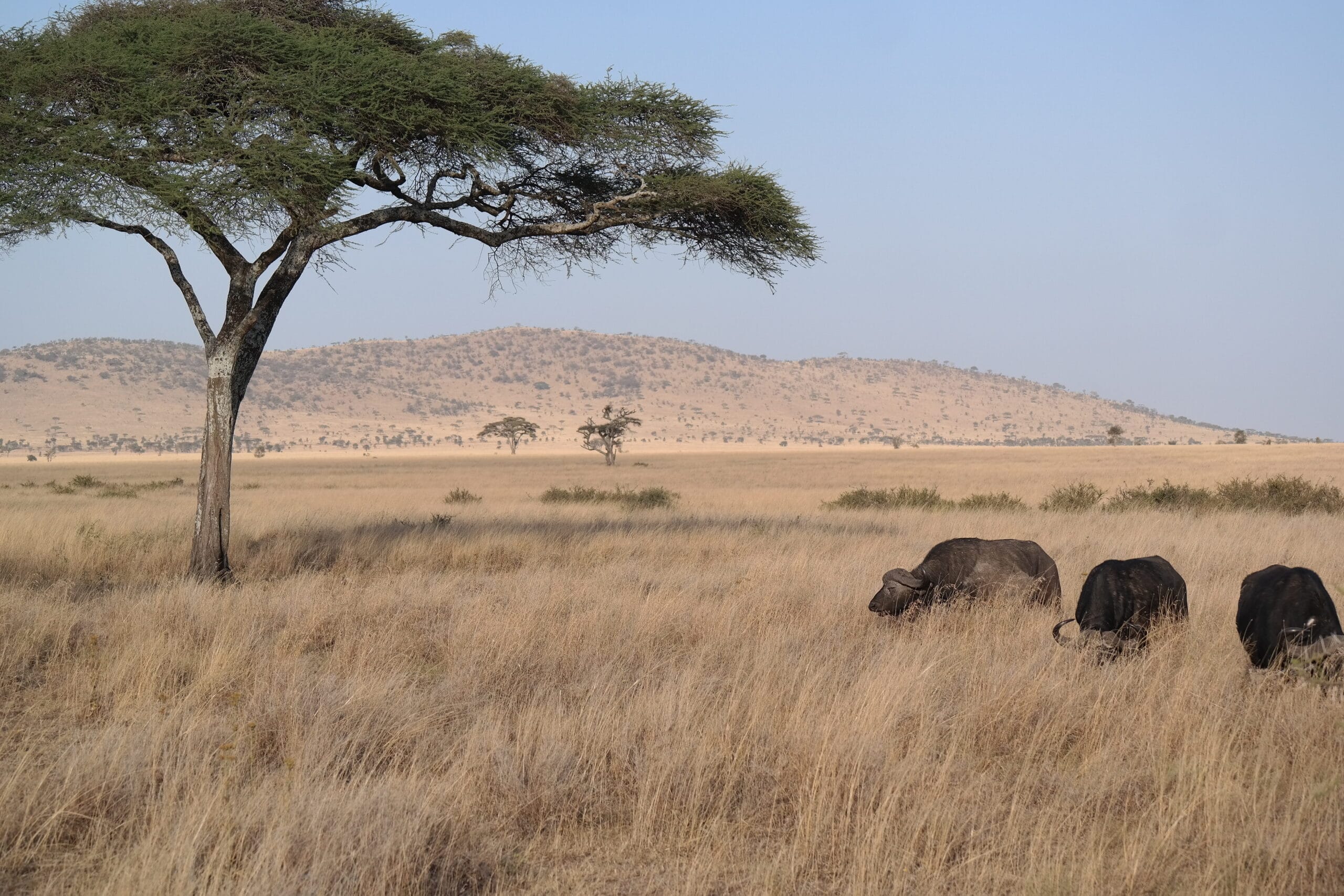 “This was an epic summer for us, having both turned 50 this past year, looking forward to our 20th wedding anniversary this fall, and sending our oldest of four kids off to college in the fall inspired us to go big with our summer plans. It was a dream come true for me to travel to Tanzania as a family with Proud African Safaris, a small Tanzanian owned company that provided a trip of a lifetime. We spent 6 nights in the Serengeti viewing spectacular wildlife, and visited a Masaai village as well as several tribes in the lake Eyasi region. Then spent a few days at the beach in Zanzibar. Soon after our family trip, I did a week long women’s trip to Israel that was incredible. Then as a family we traveled into the path of totality in South Carolina to view the Total Solar Eclipse!”

We are excited to be back, to share the global stories that we have collected and dive into a new season together!

What did you do did this past summer? We’d love to hear!
This is an original post compiled for World Moms Network by Elizabeth Atalay.