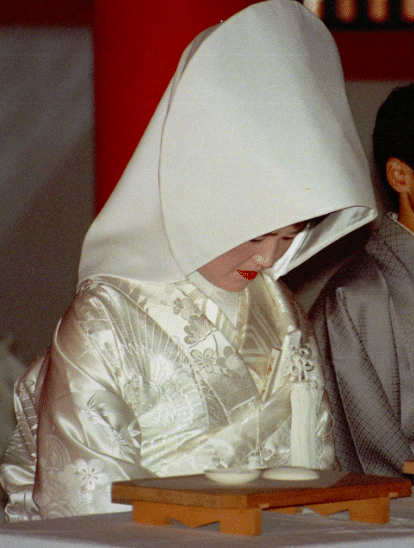 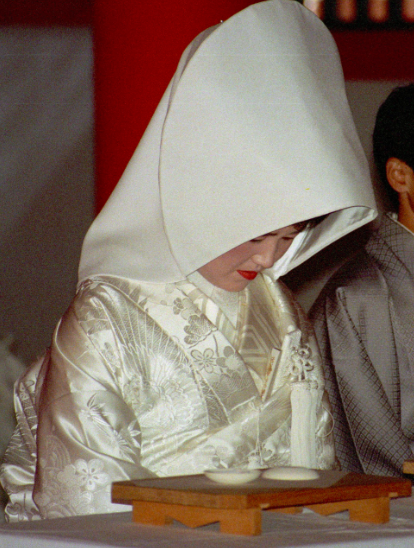 This Thursday, March 3rd, an event in Japan known as Girls Day, a day of reflection and prayers for the health and happiness of daughters, comes at a time when women’s voices are not being heard.

In the past few months, Japanese women have been at the crossroads of maintaining with what’s been traditionally acceptable or fighting to keep their surnames even after marriage.

A number of Japanese women have taken an age-old law to court, claiming that being unable to keep their surnames is a violation of their rights. One of the women, Kaori Oguni, argues, “By losing your surname-you’re being made light of, you’re not respected…It’s as if part of yourself vanishes”.

What has been at play is that an age-old law stemming from the patriarchal system that has dominated the family dynamic since 1896. Dating back from the 1600’s during the Edo period, whereby the population was ruled by the Tokogawa Shogunate (feudal system), the only people who had last names were those of the Samurai class, until the end of the Shogunate, known as the Meiji Restoration in the late 1800’s. This was created in order to create their own identities, separate from the Samurai class.

The current law states that married couples share the same last name, and while the law doesn’t specify whose name should be kept, most women keep their husband’s last name to prevent pressure and criticism from the public, or worse their families. It is now being challenged by some professional women who believe it unconstitutional to ban women from having a choice of whether to change their surnames once they marry.

Part of the problem is the continued use of a family register system that has been used for decades which lists every member of the family, like a census. Unlike the census, a daughter’s name is crossed off the family register once she marries and is added onto her husband’s family register. What is disturbing is that a woman’s surname is easily assigned from one register to another, without thought of ramifications for her or her future. 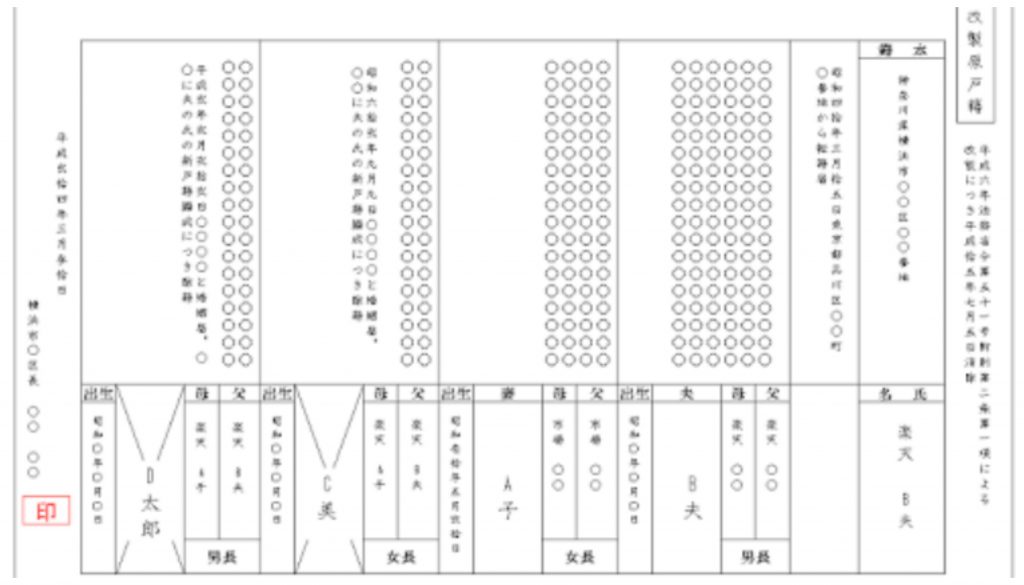 According to a source from Japan, this law has affected professional women more so than non-working women. The view has been maintained that the government is providing women a safety net by holding on to the idea of keeping their husband’s last name as future reference with regards to parental rights or inheritance issues.  By sharing one surname, it is seen as a way of binding one’s family and women become part of that unit, letting go of their own identity.

In addition to married women, divorced women are just as affected by this law. Once a woman is divorced, her name on the family register is indicated by an “x” and any future divorces would indicate additional “x”s. Once a woman is divorced, she has the option of creating her own register or going back to her parents’ register, but along with having an “x” on the register, it would be noted that it was a result of a divorce. While it may be seen as an efficient way of keeping track of the family system, it seems more like devaluing the woman’s importance in a family.

A few people interviewed regarding this issue believe that it is not just about changing one’s last name, it’s more about having the choice to change it for themselves.

Mrs. U, married for fifteen years never had a problem with taking on her husband’s last name. Her husband had an unusual last name and was proud of it, but over the years, she felt that having to explain her surname is inconvenient. It didn’t occur to her how much paperwork was involved in changing her name on all bank accounts, etc. She also didn’t think at the time how it would affect her sense of self, having grown up with the assumption that one day she would change her name. She wishes now she had given it more thought, though she feels she still would have taken her husband’s name. Her children also have pride in their unusual surname and she wants her daughter to have the option of keeping it, if that’s what she chooses.

Mr. A said that when he was married more than 40 years ago, it never once crossed his mind that his wife would not want to take his surname. When his daughter married 15 years ago, he didn’t feel sad when she changed her name. He always knew that would happen so he was okay with it. But now, he says that Japan is changing and women have a stronger sense of identity. He doesn’t feel that a family having different last names weakens the family unit, though he says many of his peers think this. He hopes his grandchildren will be free to choose whether to share a surname with their spouse or not.

Ms. N is divorced. She hates the practice of x-ing through names on the family register and feels it is discriminatory and an invasion of privacy. She thinks this particular case failed in the Supreme Court because the plaintiff approached it from the angle of ‘I’ve built a reputation and professional name for myself using my maiden name. Changing that disadvantages me.’ Ms. N feels this approach was selfish, bound to fail, and that anti-woman powers that be knew this and  used this case to strike down the cause. She thinks if it was approached from an equal rights standpoint, the result may perhaps have been different.

For Asuka Someya-Takahashi, who heads a non-profit organization called PILCON, this law has affected her personally and professionally. “I established a non-profit organization before I was married. Upon my marriage and resulting name change, I needed to file new paperwork with the metropolitan city office and legal affairs bureau. In spite of this, work communication often comes addressed to my maiden name. I am constantly unsure if I should be using my maiden name or married name on invoices, applications for subsidies, etc.”, says Someya-Takahashi.

She adds, “I think if the law allowed couples to choose separate surnames, this kind of complexity could be avoided. The love and ties of family do not change simply because a family uses more than one surname. It’s very unfortunate that in today’s world there are still people who speak out against allowing married couples the choice of having separate surnames”.

With regard to her NPO, Someya-Takahashi explains the importance of PILCON. “PILCON is an NPO which expands upon the sexual health education in Japan. We strive to include information on reproduction health and rights (STI’s (sexually transmitted infections, fertility, equal relationships, etc.) that tend to be left out of the public discussion, in an effort to enable youth to make informed decisions”.

It is amazing to see how a patriarchal family system dating back so many decades still has the power to affect women of today, especially professional women who can affect change in their society.

I never thought that I would have an issue giving up my surname, until I got married. I was always known by my maiden name to my friends and family for years and it was my identity. I didn’t realize how strange it would feel to be called by a different name until I had to change my name in legal documents.

While I did have the option of keeping my maiden name if I wanted to, I decided to take my husband’s name as my own. I still consider myself an individual, but also as someone who is part of a family that believes in choosing their own identity. I believe that everyone should have the choice to be identified as the person they wish to be, not one dictated by laws. Here’s hoping that Japanese women continue to question and challenge the laws that restrict them, and create a future that involves freedom to choose their own identity.

This is an original post written for World Moms Blog by Tes Silverman of Pinay Perspective . World Mom Melanie Oda also contributed research to this post.

If you are married, did you keep your maiden name or take your husband’s?