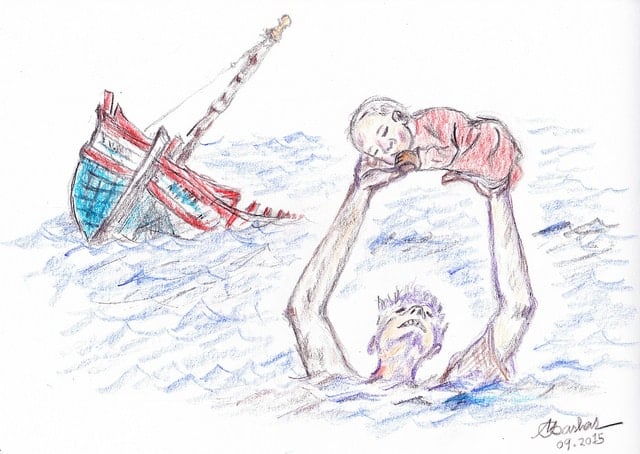 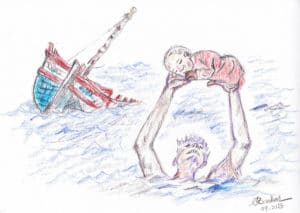 While half of the world is seemingly losing its mind over Syrian refugees, Canadians are scratching their heads wondering what the big deal is. A year ago, we elected a Prime Minister who promised not to control the influx of refugees, but to bring even more into the country. We rejoiced when he actually kept this promise.

For many people, refugees are a bit of an abstract concept. They’ve never met them, so they assume that they are somehow “different”. For residents of the neighbourhood I live in, there is nothing abstract about refugees. There is nothing scary about them either. They are not would-be terrorists who are trying to impose Shariah Law while they freeload off the government. They are real human beings who are trying to rebuild their lives after fleeing from war zones.

The corner of Toronto that I call home has a large transient population. Refugees come here to live while they are trying to find their feet in Canada. They are housed at one of the motels in the neighbourhood, and their children attend school with my son. When they have found a place to live and a job, they move out of my neighbourhood and into their new lives.

I have come to know a number of refugee families through my involvement with my son’s school. I don’t know all of their stories, but they have a look in their eyes that speaks volumes. It is a look unique to people who are trying to wrap their minds around the fact that for the first time ever, they don’t have to live their lives in fear. They can move beyond “survival mode” and actually start to find enjoyment in life. They can board a city bus without wondering if it will blow up. They have access to parks where they can go for walks and have picnics. Instead of running away from danger, they can just run.

Some of the refugee kids at my son’s school have discovered the joy of running through Kilometre Club, which happens every school morning during the spring, summer and fall. Kilometre Club is very simple in how it works: kids show up before school and run laps around the school yard. For every lap they complete, they receive a Popsicle stick. Five minutes before the morning bell is due to ring, we send out a kid for the last lap holding a fake scarecrow on a stick. When the scarecrow completes the lap, Kilometre Club is over for the day. The Popsicle sticks are collected and tallied, and the class that has the most Popsicle sticks at the end of the season wins a pizza lunch.

Kilometre Club has become a well-loved institution at the school because it is so inclusive. There is no sign-up and no expectation to go at a particular pace. Kids who want to run can run. Kids who want to walk can walk. For the refugee kids, it is a discovery that you can run without having to run away from something. You can run without being triggered by the “fight or flight” response. For these kids, it is a new world in which you can run just to feel free and alive.

I’m the one who hands out the Popsicle sticks and decides who will be the scarecrow for the day. In this role, I have gotten to know most of the kids at the school. I get to see the Canadian kids weaving the refugee kids into the fabric of their lives, welcoming and including them as if it’s the most natural thing in the world. I get to see the refugee kids slowly, slowly dropping their cloaks of fear as their lives mesh with the lives of those around them.

It is a beautiful thing, and one of the reasons I love being a Canadian.

Does your community welcome refugees? How do you encourage your kids to embrace diversity and acceptance?

This is an original post to World Moms Network by Kirsten Doyle of Canada. Photo credit: Ani Bashar. This picture has a creative commons attribution license.