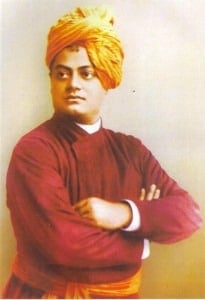 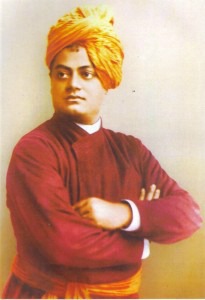 Sometime back I wrote about Abraham Lincoln’s letter to his son’s school teacher and my perspective and how it was appropriate for our lives here too. To bring up a good human being and to help him/her learn and get educated is the role of the parent and also the teacher at school.

Well, there were these competitions going on in my seven year old son’s school again, here, in India. This time it was Western Music. I am so fond of these musicals. My son sang some of my favorites and then Que Sara Sara and Rudolph the red nosed reindeer. He continued to the preliminaries, quarter finals, semi-finals and the finals. But one day while preparing for the finals at home, my son suddenly said, “Not all are going to win.”

I said, “Yes, they are not. But if you want to win, you need to practise.”

He was not the type of person who was interested to sing, but the type who loved to listen to music and songs. And I discovered this during this time.

“Well, you should do your best. And then if you don’t get to win, that is fine. But you should not just give up.”

Well, I was at a loss of words. I did not want him to do something he did not want to do. But then we were already into the finals, and I thought was it not a sheer waste if he did not even participate? This got me thinking…

The next day I found this quote in his school’s website.

Education is the manifestation of the perfection already in man – Swami Vivakananda.

We send our children to school for education and the teachers and parents are loving and affectionate and try to encourage the children to imbibe knowledge.

But then, what do they actually learn? Only what they chose to!

And also, sometimes they don’t learn and at other times they are very smart in academics. They also indulge in sports and other extra-curricular activities. We are happy, sometimes sad, and at times indifferent to various achievements, successes and failures and mediocre performances of our children. So many choices, actions, results, and yet Swami Vivekananda says we are all perfect.

If everyone is perfect, then where are the gaps? Why do only some people win? Why are there so many differences and scales of grades? ‘Manifestation’ is the significant word. What manifests out of a child is important. And whatever manifests, the society, the parents and the teachers are responsible to some extent. And then the children themselves are finally responsible. We bring up a child, giving him a lot of room to explore, think, discover and find joy, and, thereby, allow him to manifest his perfection.

Because he is talented to sing, does not mean he should want to do it or become the next pop star. Whatever he allows to be manifested from himself, only will be, and I cannot force it.

And the reason for what he focuses on, no one can understand. It is his own mind acting under his own will and there are no explanations for that. So, let me not put a restraint to the manifestation of his perfection. Let him lay down his own options and channel his own interests.

In the end, he did end up participating in the finals, but without practising and the results are not out! But I shouldn’t care about the results because he doesn’t, right?