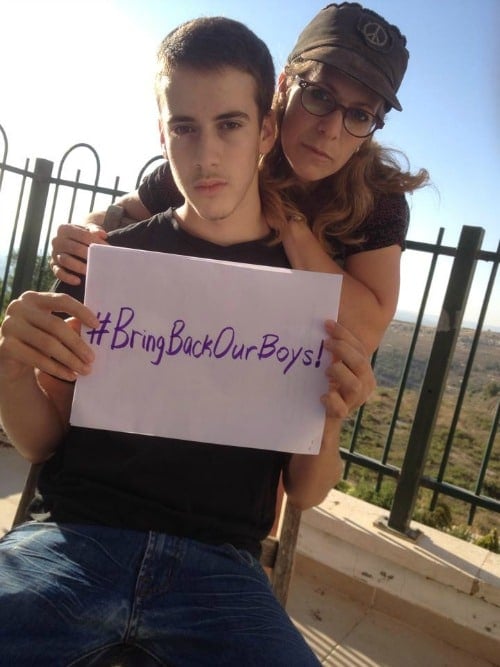 Below is a guest post by Joanna Landau, the founder of Kinetis. I turned to her when I was struggling to write a post about 3 teenagers kidnapped in Israel by terrorists. I knew I wanted to bring attention to the situation because I have been appalled at the lack of press this situation was getting around the world. Fellow World Moms confirmed for me that in their respective countries, the news was getting close to no coverage and in many instances, no coverage at all. Yet here in Israel, no one has thought about anything else for the past 6 days. Joanna has managed to capture all my thoughts and feelings. Please share her message.

The phone rings. “Hey, Mom, it’s me”, your 16 year old son says, “I’m on my way home”. You put the phone down, and go back to whatever it is you’re doing. An hour later, you start to worry, he’s not answering his phone. Two hours later you and your husband start to panic, you call friends, relatives, start canvassing the neighborhood. Three, four, five hours later, you know something’s happened. And then you realize you’ve joined that awful statistic, something’s happened. Turns out your son hitchhiked his way home with a couple of friends, and has been kidnapped. Your worst fears have come true. And now what? What would you do to bring him back, assuming the police are doing everything they can to find him?

There’s a boy called Naftali, and he was kidnapped together with his friends Gilad and Eyal 6 days ago. Naftali called his mother, a half an hour before he got into the car.

This is not a hypothetical situation. It happened in Israel and you may have not heard of it, because it sounds like the kind of thing that can happen in a place where there’s a conflict going on.

And some may put a political twist on it, bringing in all sorts of issues that can cloud the basic, simple fact that three youngsters have been kidnapped.

In Israel it’s the only thing on our mind, as a nation fears for three kids, not soldiers, who have disappeared, apparently taken by terrorists. But it’s not a political story: for every mother, wherever you live, it’s a personal story. Because these things can happen anywhere, and children and teens have become innocent victims of the evils of this world.

In America it may be from a shooting spree at a school, in Nigeria it’s girls at a boarding school. In any country, it may be a bitter divorced parent who takes their kids without telling the ex-spouse; or it can be a sick person who preys on children. Kidnapping can be anywhere, it can happen to anyone.

Gilad, 16 years old, likes to bake and volunteers with youth his age. Apparently, when he steps into a room, his smile lights it up. Naftali plays the guitar, loves football and is an excellent student. Eyal is 19, likes to sing, and sang at his cousin’s wedding not long ago. These are kids, just like yours. They don’t represent the state, they probably never imagined they would. But everyone is turning this into a political, or diplomatic discussion. It’s not. It’s about how fragile this world is and whether you care. 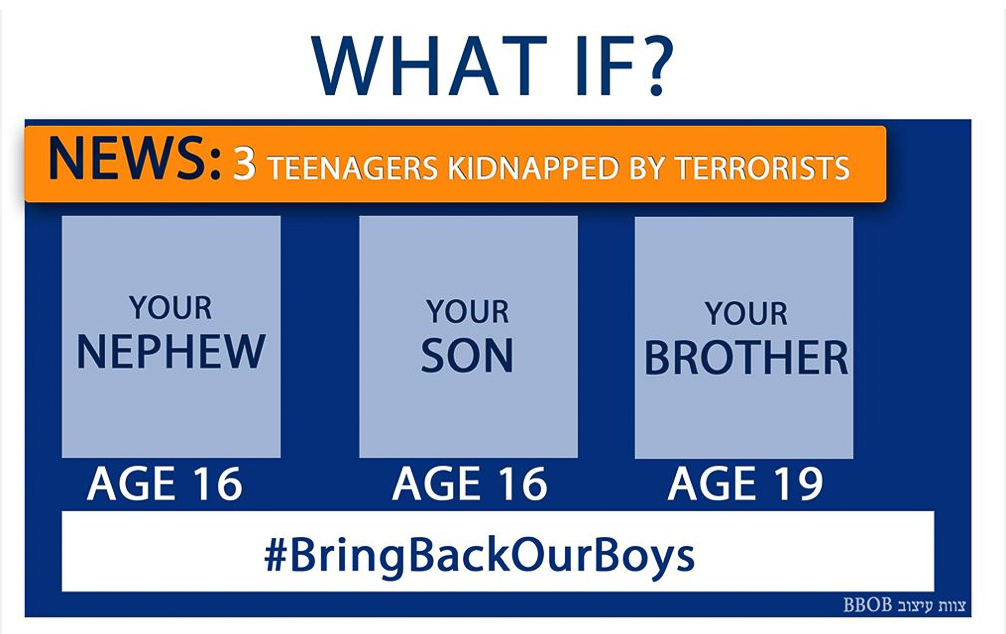 Imagine it was your kid who phoned 6 days ago. Imagine what you’d be feeling today, knowing he’s in the hands of merciless terrorists, or worse. I’m usually a very positive person, with an optimistic outlook on life and a constant desire to make the most of what we have. But as I look at my own three kids, who are 12, 10 and 7 and home safely with me, I wonder how Naftali, Gilad and Eyal’s parents must be feeling.

Premised on the #BringBackOurGirls campaign to raise awareness for the kidnapping of the Nigerian girls, a campaign to #BringBackOurBoys has also exploded online. But only in Israeli and Jewish circles, and hardly in traditional global media sources. Because everyone else is looking at this and just moving on.

If you’re a mother, and you understand how it feels to love your child, and if you believe that children, more than anyone, are innocent until proven guilty, you can’t and shouldn’t remain indifferent to this incident. If you have a 16 or 19 year old kid, hug them tonight, and if these words resonate with you, snap a quick selfie together and help the world #BringBackOurBoys . 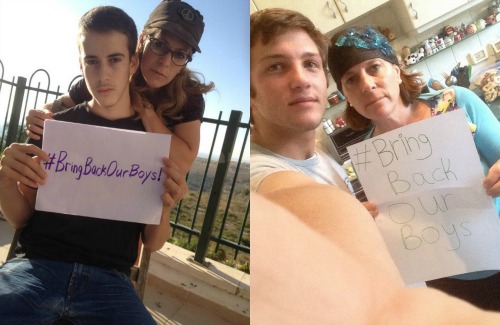 This was an original guest post for World Moms Blog by Joanna Landau.

Joanna Landau is the mother of 3 as well as the Founder & Executive Director of Kinetis, a non profit social startup promoting Israel as a hub of creativity and innovation. Kinetis brings leading bloggers from around the world to Israel to experience it for themselves. In addition, Kinetis operates educational programs in Israeli schools, the Army and Universities that aim to reignite national pride. 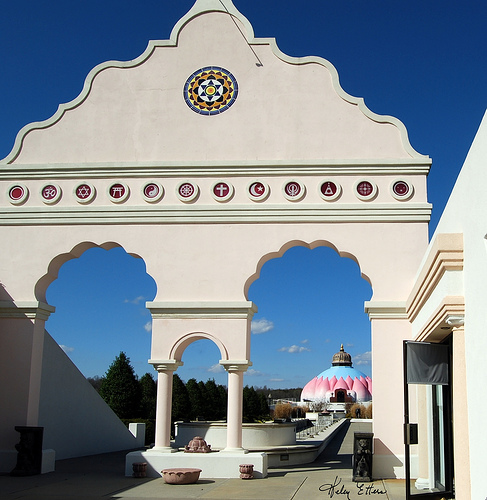 Eva Fannon of Washington, USA writes:
“I am Roman Catholic and my husband is an atheist…which makes life interesting. Ever since I’ve had kids, I don’t go to church as regularly as I would like, but I have baptized both of my girls. (And yes, my husband attended both ceremonies and didn’t get struck down by lightning when he entered the church — LOL!)” END_OF_DOCUMENT_TOKEN_TO_BE_REPLACED