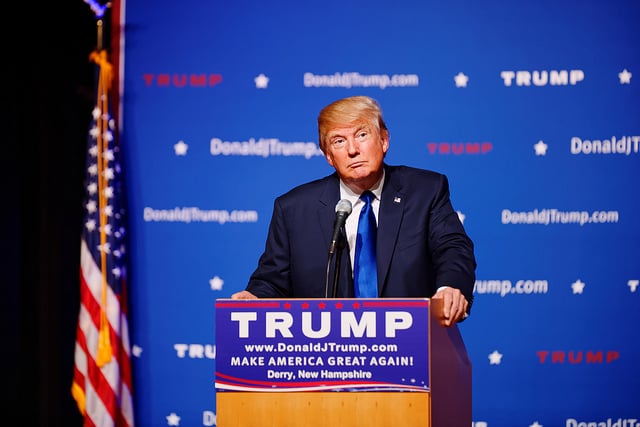 As a foreigner, I have watched the news feeling extremely grateful that I gained American citizenship during the last administration. As a foreigner who looks of ambiguous origin and definitely not of any Caucasian descent, I wonder if I will ever be in the wrong place at the wrong time. As the mother of three children who mostly look African American, I wonder how their lives will be here in their own country. As the mother of one of my children whose last name is Arabic, and who could pass for Arab or Indian, I wonder if she would be red-flagged during travel. As an American citizen, I wonder where we are headed for, and to be honest, I feel like the magnitude of the situation is beyond our spectrum of understanding.

I do not tend to get into politics very often. I do my best to look at the character of the candidate before voting, without paying attention to the party she, or he, belongs to. However, this time the outcome of the presidential race was quite different than what most people expected, and so far President Trump has been in the news so much that even small children know his name, and some have not yet spoken or been too aware of the name ‘Obama’. It’s remarkably impressive.

With President Trump in office, it feels necessary to stay up to date with news of his actions, because one does not know what extreme thing will have happened between one day and the next.

A number of decisions that President Trump has made, ensure that some of us sit at the edge of our seats, or walk around the living room in circles with our hands on our hands, wondering if this is all an episode from the twilight zone.

If I may be honest, I really held, and in a smaller fraction still hold, hope for President Trump to be a great president. Why? Because he is not a politician, and being a politician is not a constitutional requirement to be a US President. When he was elected I thought that here is a person, specifically a white male in America who has money (so he won’t have to pay as much attention to lobbying influence), who sounds bold enough to make decisions that could cause some serious good change! A person who is a bit eccentric in his own ways, but that is not a bad thing. A person who gained the love of many Americans by showing them love and value. I felt that maybe his rhetoric was more on the side of … wrong, but that he actually will make things right, or improve upon what President Obama’s administration built.

However, with changes on the government’s take on climate change, health, internet privacy , immigration, travel from certain countries; but really the reasons behind the Travel Ban,  separating the United States from Mexico, despite environmental issues that will arise (not discussing separation or blocking of people from entering the country), issues to do with Natives/First Nations and the bit of land over which they have sovereignty, I am no longer an idealist about what is going to happen.

(One can see a list of things President Trump has worked on as of January 30, 2017, by clicking here).

I wonder about the relationship between Americans of various ethnic backgrounds now that we are under this new presidency.

I personally know two people (one a child) who was insulted based on race, the day after President Trump was named president-elect.

I wonder how much the choices, that President Trump is making will impact American soil and the planet at large.

Planet Earth will always take care of herself, but I feel in her doing so, we may not fare that well.

So now, 27 days away from President Trump’s first 100 days, all I can think to do is pray. Sincerely pray for him every single day. I admit it sounds cliche, but I think it can only be so if it is not meant. I do not intend to hold prayer meetings for him, or ardently and with much effort be in prayer for him. I just mean, that every single day, I want to suggest to this amazing universe to put the thought in President Trump’s heart to make the right decision. Maybe it sounds like I care more about this president than others, but I really don’t. I do care about how they all make decisions. I just feel that as being one of the major players in how the world works, it is imperative that we all make a daily, prayerful suggestion that President Trump make the right decisions.

Have you faced similar feelings about the new president in your country?

Do you have any fears or concerns with regards to President Trump’s actions thus far?

Do you feel he can do a great job in leading this country and as a global team player?