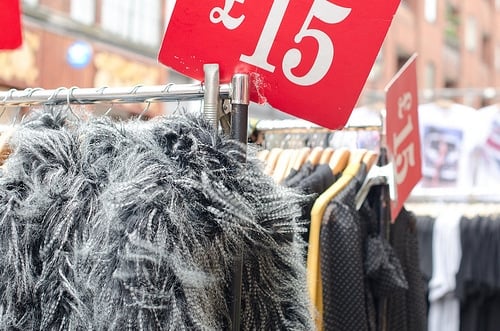 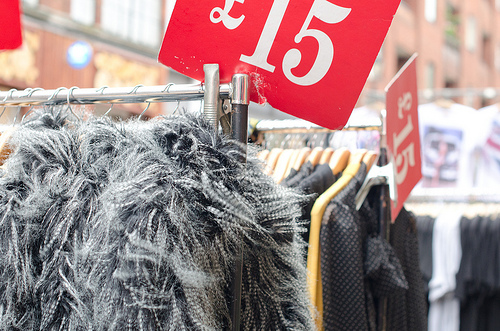 Madonna’s tune rings true today more than ever. Parents in the ’80s may have pulled their hair out trying to teach their kids about the perils of materialism, but they had no idea what was to come. They could not have known that the whole world would be turned upside down all for the price of cheap clothes and goods. END_OF_DOCUMENT_TOKEN_TO_BE_REPLACED 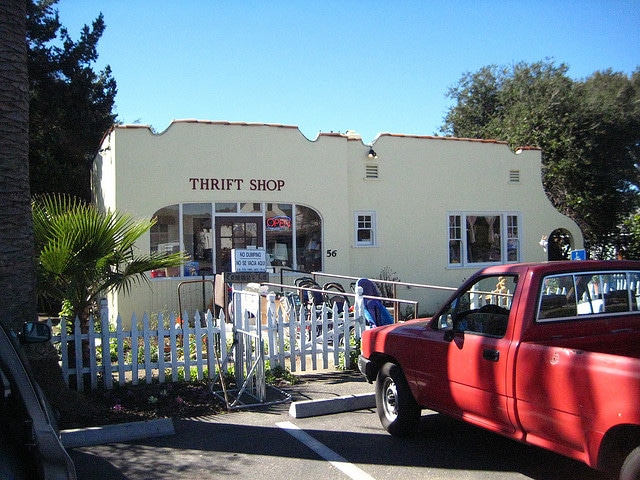 In Transit: Waste Not… 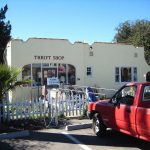 My family and I have just returned home to the United States after living in Laos for the past two years. We’ve been back in the States for 1.5 weeks and the highlight of my day today was a successful trip to a clearance sale at the local used children’s clothing store here in Denver, Colorado.

For $200 U.S. dollars, I bought 50 pieces of clothing for my 4.5-year old boy and girl twins to last them (hopefully) for the next three years, when we will be living in Lesotho.

No, you’re not reading typos (WMB editors are awesome). Yes, that’s $200 for 50 pieces of clothes including: jeans, pants, shorts, collared shirts, t-shirts, cute shirts, dresses, skirts, leggings, pajamas, and swimwear, sizes 5 – 8. All are like new, and many top quality brands,  which some of you might recognize: Gymboree, Hanna Andersson, Mini-Boden, Garnet Hill, Gap, Carter’s.

I’ve been shopping for used children’s clothing ever since my kids were born. Heck, they’ve been living mostly in hand-me-downs from relatives and friends and this store’s used clothing.

Sure, I see loads of advertisements, storefronts and catalogs filled with great stuff I’d love to buy, and can afford to buy. But my practical sensibilities and appreciation of value for money mostly always stops me…

”They grow so fast.”

“It’ll just get dirty or torn up.”

“Hey, those are adult clothing prices!”

As they say, “Waste Not Want Not.” Or, “One Man’s Trash Is Another Man’s Treasure.”

When I was living and working in Singapore as an investment banker, single, no kids, I was a spendthrift. Not a care in the world, except to ensure I saved for my pension.

I used to give my housekeeper handbags and shoes from the back of my closet that had gotten moldy in the extreme humidity, and she would always be delighted to receive these items that I thought were in state of trash-worthy grossness.

Weeks later, I would compliment her on her great purse or shoes and she would say, “These are the ones you gave me Ma’am.” Seriously. I felt like a fool. All I had to do was wipe them clean and put on a coat of leather polish. Silly, young, spendthrifty me.

Now I make sure our belongings are well cared for so they can last, or so they can be passed on and re-used. In Laos, used items purchased or made in America were highly coveted and sold fast. Everyone from our housekeeper, gardener, guard, colleagues at work and folks on a “buy & sell” Facebook site, gobbled up everything that wasn’t typically available locally or across the border in Thailand. Mostly because it was either cheaper, or better quality.

Consumer products sold throughout Asia tend to be of very low and questionable quality, and often not available at all in Laos.

Coming back to the land of plenty and choices, I still try to maintain the same mindset. Things can be valued for much more fundamental reasons than merely being new, or beyond the marketing image of “need” or status or image.

Sure, we can bring in the extreme perspective of the garbage dump cities all of the world where people and children actually live off of, and even earn a living from garbage. And our gut reaction is to think about how we can help them and change their situation, and feeling with a passion that something must be done about them, when in fact, it starts with us.

If we can change our habits and our mindsets, if we can demand less, if our values can put a limit on the things we accumulate versus things we re-use, then…

Who knows? Who knows what the solution is to uber-consumerism? Everyone all over the world seems to want it. Our demand for it makes it thrive. It’s not completely wrong, yet somehow it doesn’t seem right.

This is an original post to World Moms Blog by our mother of twins writer,  Dee Harlow, currently in transit to live in Lesotho. You can also find her on her blog Wanderlustress.