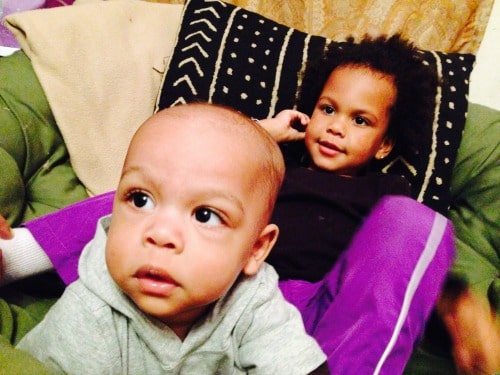 FLORIDA, USA: The Baby and The Boy 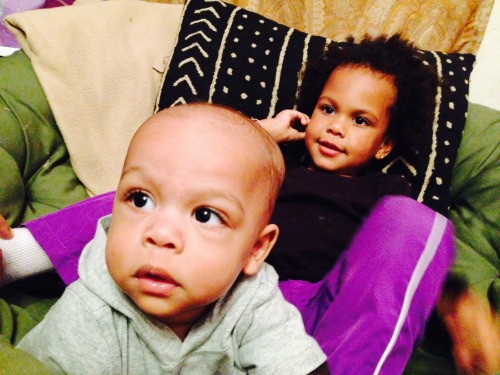 “Baby Wessy-yyy” I say with that voice used only when babies have your attention. Immediately my toddler looks at me studiously and corrects me: “No, no, no, mama!” she says with her eyes closed, a shaking head, and a finger waving from side to side. All the while walking toward me and Wesley. “Mines ah baby’s! Baby Yomi!” She continues, as she points to herself.

I repeat what Yomi said, just to make sure I understand. She starts nodding her head, chin tilted down, eyes looking up at me with that this-is-redundant & mom-pay-attention you-know-that-is-what-I-just-said look. So in defense I say that she is a big girl and Wesley is a baby. She corrects me without hesitation: “Nooo, Yomi baby!!” END_OF_DOCUMENT_TOKEN_TO_BE_REPLACED 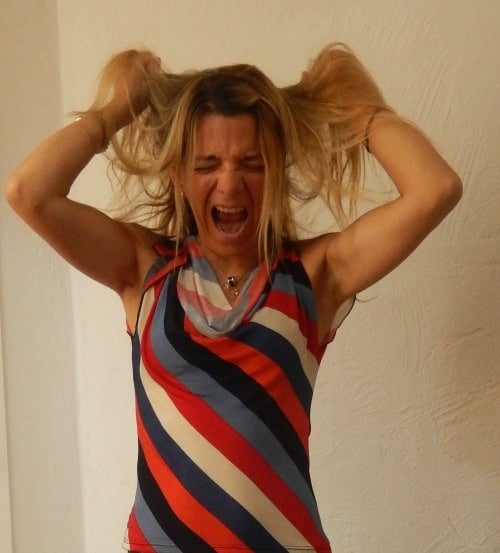 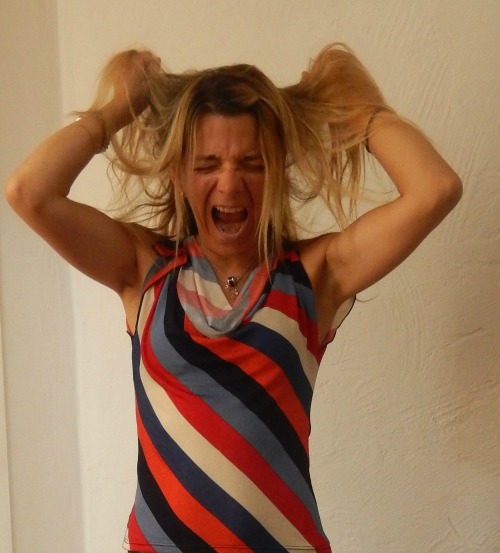 At the beginning of  2014, World Moms Blog asked me to define the coming year in one word. I replied: TRINITY.

No, I didn’t think I was a goddess – although feel free to disagree. . . in 2014, I was going to be three different mothers.

I have three kids, and for the first time, each of them was in a different developmental stage. I wasn’t sure whether this was good news or sit-tight-and-ride-the-wave news. But I felt ready, I was going to tackle that motherhood business with optimism and cheers.

END_OF_DOCUMENT_TOKEN_TO_BE_REPLACED 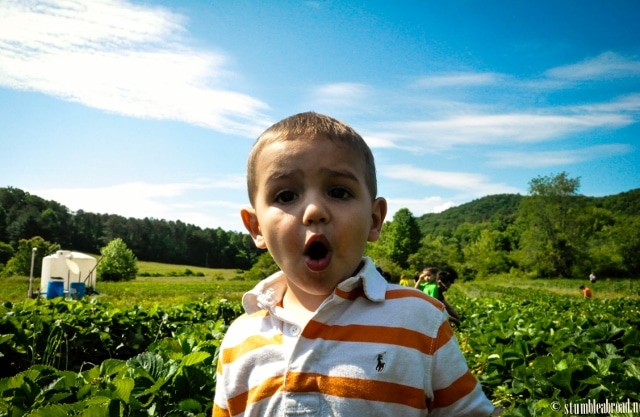 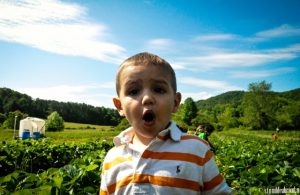 I thought I had been lucky enough to avoid them, I thought we would breeze through, I thought it didn’t run in the family, after all, my older son never had a tantrum. Oh boy, was I wrong. In the past few weeks my 2 year old, Joshua, has revealed a side of him I had never experienced before. The terrible two year old has unleashed and this inexperienced mama is in trouble! Don’t get me wrong, Joshua is still the sweet little guy he’s always been but when something doesn’t go his way, he is prompt to express his discontent. The repertoire includes high-pitched screams, kicks, a few encounters with the floor and a bite here and there.

I keep saying to myself that this attitude is product of our current transition. We recently left Indonesia and are slowly making our way back to Virginia where we will settle down for a while. Everything that Josh knows, his home, his friends, his school, his nanny are no longer here and I sometimes feel guilty for making them go thru this. We are having a wonderful time visiting friends and family however as familiar as grandparents and close friends are, I think Josh is still getting acquainted to his surroundings and feeling a bit disoriented.

I get it, if I was a two-year old with a repertoire of but a few words to express myself I would probably rely on physical manifestations to show my feelings. The part I don’t quite get is how to deal with it sometimes. Since I didn’t get any expertise with my now four year old, Evan, I am a bit clueless as to what to do every time he freaks out sometimes.

I’ve done my research and I’ve found all kids of tips and strategies, ignore the tantrum, distract him, engage him in conversation, hug him, give him a time out, etc.  But what I’ve found works best is just to look at him in the eyes with the biggest smile and ask him to use his words and express what is bothering him. The result is a mix of English, Spanish and Bahasa Indonesia that somehow ends up overpowering the cries and anguish this little two year old feels and I get my Joshie back.

To be completely honest, I don’t particularly like this stage; it is frustrating and exhausting and sometimes outright exasperating.  But then when I see my energetic two year old run around and make the best of his day, I realize how blessed I am to have such an amazing little man in my life and I choose to make the best of my day and savor every single second of this season in Joshua’s life.

For this family, the world terrible will be banned and even those “terrible” moments will be terrific learning experiences for both him and me. Here’s to savoring the last few moths of Joshua’s terrific twos and to being grateful every day for God’s endless blessings.

This is an original post written for World Moms Blog by Ana Gaby.  You can find Ana Gaby blogging at Stumble Abroad. 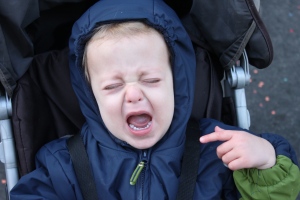 My youngest son, Owen, has been approaching the edge of the ledge since about 15 months. He is a END_OF_DOCUMENT_TOKEN_TO_BE_REPLACED