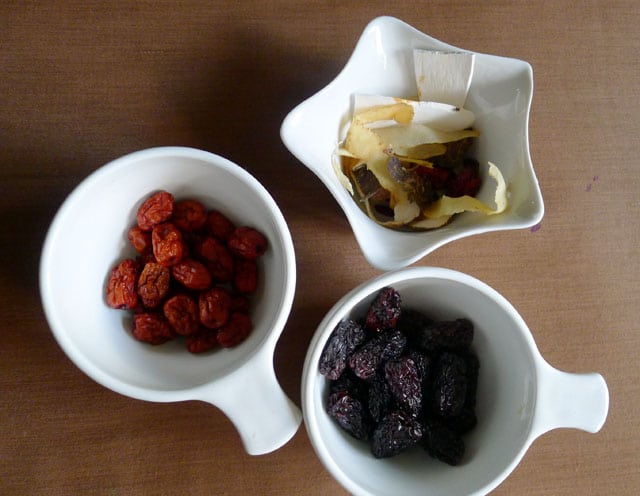 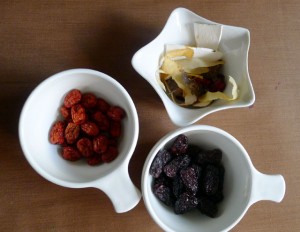 Most people think of confinement (a period of 30 days of recuperating after childbirth) as a rather smelly and icky ordeal where the new mother is not allowed to shower at will, drink plain water, or venture outdoors. At least that’s how one usually does confinement here in Singapore.

My recent one was my third time so in many ways I knew what to expect.

During the first few days in the hospital, I didn’t shower or wash my hair. But I kept my hair clean with a dry shampoo and wiped my body down with a microfiber cloth and warm water.

When I got home, I restricted myself to showering every other day using water boiled with a Chinese herb that helps to remove wind. Thankfully the weather was cool so I didn’t feel uncomfortable at all, even on no-shower days.

In place of water, I drank red date tea, made by boiling red and black dates, dried longans and other herbs in water. This drink has a sweetish taste and the red dates are meant to replenish blood and aid overall recovery, so this is the easiest practice to follow, IMHO. When my red date tea ran out (usually by night-time), I would make a fresh brew of fennel tea, to help with milk supply.

Traditional confinement diet usually encompasses cooking with loads and loads of ginger, sesame oil, and various other Chinese herbs for specific benefits to the postpartum body.

For the first one to two weeks, I ate simple steamed or boiled dishes like steamed fish, fish papaya soup (great for boosting breast-milk) and chicken stir-fried with ginger and black fungus.

Subsequently I had tonic soups too, such as black chicken soup double-boiled with Dom Benedictine.

I avoided cold drinks, vegetables, fruit and bread as the Chinese believe that these lead to more ‘wind’ in the body, which is generally not beneficial as it affects our joints and digestive system.

How did I cook all these nutritious meals? Well, it’s common for new mums to hire a confinement nanny (who stays over at your house) to cook and clean and care for baby during the first month. But as we recently hired a domestic helper, I just provided her with recipes and a rough meal plan so that she knew what to prepare each day.

Joshua, our latest arrival, was sleepy throughout the entire first month which worked out well for me as I could catch up on sleep during the day-time. So I would say my biggest challenge was adjusting to a new routine, which at one month after birth is non-existent.

The other major challenge was coping with the older kids. As I was busy either breastfeeding, caring for myself, or resting, I barely had energy left over for Vera (5 year old) and Javier (3 year old). It helped that the hubby took them out to play on the weekends, and on weekdays when he got home early, but it didn’t alleviate my guilt. As far as I could, I tried to involve my older kids when I was busy with the baby. Obviously they can’t change diapers, but they were pretty good at fetching things and helping to put soiled clothing into the laundry basket. The big sister was especially helpful in distracting him when he was cranky or crying. She also helped to rock the rocker when he needed a nap, and pop his pacifier back whenever it dropped. Sometimes when baby isn’t due to sleep, I’d read them a book while breastfeeding. And on good days when everything fell into place, I tried to do simple activities that they enjoyed, such as painting, art and craft, and bringing them to play with their skate scooters at the nearby park.

For self-care, I followed the age old advice – sleep when baby sleeps. I kept visitors to a minimum so I could focus on caring for baby and getting sufficient rest.

Before I knew it, the month was up. We had a lovely celebration for Joshua’s one-month birthday, which over here is a pretty big thing. And everyone congratulated us for surviving life with three. But as you know, the journey has only just begun…

How did you rest and recuperate after childbirth? What traditional practices do you follow?