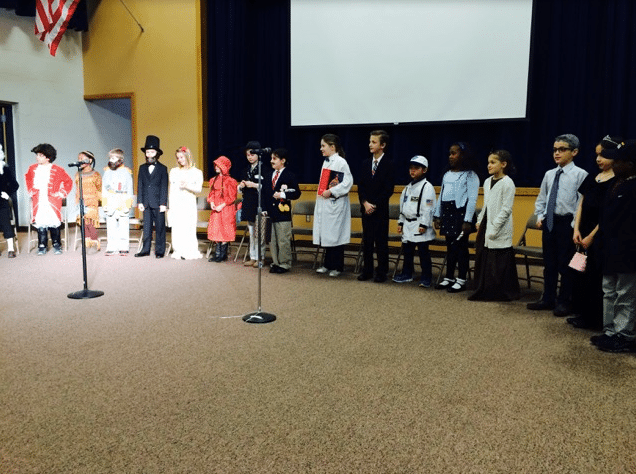 WORLD VOICE: Who Would be in My Wax Museum? 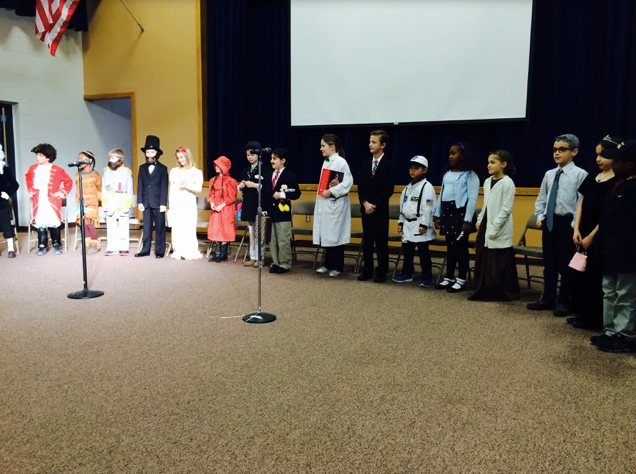 My daughter’s grade school class presented a “Wax Museum” yesterday. It was a program where the students dressed up as prominent historical figures from past and present chosen from short biographies in the school library. Each prepared a short summary of the life of their chosen person to memorize and recite. All the children were adorable. We parents walked out laughing about the cuteness of the kids and the creativity in the costumes they created. As we headed out to the cars, moms and dads chimed in about how that wonderful presentation had the unfortunate side effect of making us think about our own mortality and legacies.

“Man, there’s not a lot of time yet for me to do something amazing!”

“Bill Gates built his fortune by age 31. What have I accomplished?”

“Nobody’s ever going to have write a book about me for the children’s section.”

On the drive home, I started to think about incredible people I know in my own life who don’t happen to be famous enough to be in the biography section of the elementary school library. I wondered what the wax museum would have looked like if some of my everyday heroes had been chosen?

What would their humanly complex, heroic yet ordinary lives sound like in the simplified words of a third grader’s summary?

There would have been a little boy with a taped on blondish mustache and a Hawaiian shirt saying, “My name is Bob Dickerson. I don’t want any child to die especially from something that can be prevented. One time, I saw two girls drowning when they were swimming. I rescued them by grabbing them and bringing them to safety, so I know what it’s like to save a life of a child.  When I was diagnosed with cancer, I thought I wouldn’t have much time to live so I quit my job and dedicated the rest of my life to ending needless childhood deaths from disease and hunger by fighting poverty with an organization called RESULTS. Over and over, I asked Congress to use our tax money to save kids’ lives with vaccines, good nutrition, and easy medical treatments. Every single month, I worked with other volunteers to figure out how to talk to our representatives and senators. Together, we brought the number of daily child deaths from 40,000 a day to 17,000 per day. I encouraged and inspired many young leaders to follow my example. “

There would have been a little girl in hiking boots or running shoes saying, “My name is Teresa Rugg. When one of my friends lost his wife and baby to Tuberculosis (TB), I said I would help however I could to make sure people didn’t die from such a terrible disease. I started an organization called TB Photovoice to gather stories of TB patients and survivors and share them to improve the lives of people and their communities. The storytellers take incredible photos of their experiences and present their own words and pictures to people who need to know about TB. I did all this to raise awareness about a disease that most people think doesn’t even exist anymore. I spoke out to Congress about stopping TB in the US and all around the world. I did all of this while living out in Washington State where I could hike and run all over having a fun outdoorsy life, enjoying nature with my two wonderful children, my husband, and my dog.”

There might have even been a little girl wearing either a nice dress and a snappy brown coat or maybe a sweatshirt and yoga pants saying, “My name is Jennifer Burden. When I was a kid and people were saying bad things about people from the Middle East, I thought, ‘If only they could know my Grandma, they could never think something like that!’ I started World Moms Blog from my house, so that moms all over the world could share stories together and foster understanding between cultures. I also became a champion of women’s and girl’s issues, encouraging others to write and speak out about them. I taught my own daughters about being fair and how we can save lives of people who need our help even if we are far away.”

And you know what else? There would probably still be that little boy up there playing Bill Gates. But instead of saying what year he made his first billion dollars, he’d be saying, “In 2015, I promised to give away 1.5 billion dollars – more than even the United States – to the GAVI Alliance to help vaccines reach every child and end polio in my lifetime.”

Who would be in your wax museum?