Travel Itinerary for the Week of February 20th!

Start off the week with World Moms Blog in the Middle East!  Deborah Quinn (Mannahattamamma) in the United Arab Emirates describes,

“I wasn’t prepared, myself, for the way that wealth is on display here: that the Porsche Cayenne is basically the Chrysler mini-van of the Gulf…”

Deborah tells us all about why she is often asked by her children, “Mommy, are we rich?”

On Tuesday, we hop on over to Saudi Arabia, where Mama B. gives us a follow-up to her previous article, The Choices We Make (For Them), about choosing the best school to meet her son’s needs.  Can’t wait to hear what she decided! END_OF_DOCUMENT_TOKEN_TO_BE_REPLACED 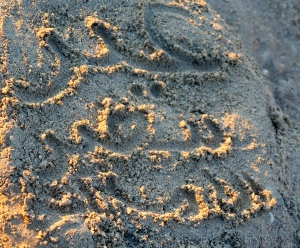 Arabic in the sand for "Happy Birthday UAE."

In New York, once I had kids, I tried to ignore the 4th of July. To me the 4th meant crowds, heat, and noise: too many people jammed along whichever river was the site of the fireworks, too many picnickers having too much to drink; and too much general mayhem for comfort: call me crazy, but the idea of teen-agers roaming the streets brandishing small explosive devices doesn’t seem particularly festive.

Once or twice when the boys were young, we braved the crowds, shoving the stroller ahead of us like a battering ram through the throngs. But in the long run? Not worth it.

What else I don’t do on the 4th? I don’t wear flag colors (I’m a New Yorker. We wear black. Year-round. It’s an entire city filled with women who dress like Morticia and Wednesday). END_OF_DOCUMENT_TOKEN_TO_BE_REPLACED