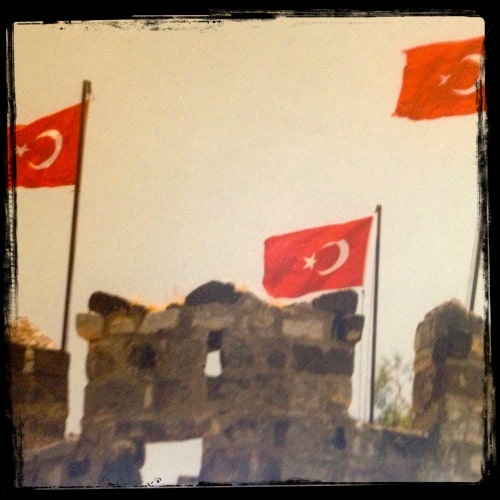 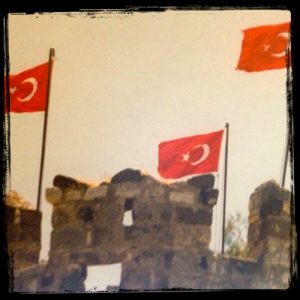 I am a Turkish mom, who is raising my 3 kids in the United States of America during the school season and in TURKEY for the summers. My husband and I made the conscious decision to raise our kids immersed in both of our cultures. Growing up in the democratic and secular country that Ataturk founded, I was nurtured in a climate of peace and freedom. I attended college in Switzerland and then in the United States, and I pride myself in being an independent and strong woman.

Ataturk’s western leaning values and teachings of acceptance, tolerance, honesty, hard work, and respect, still guide me today while I live with my American husband, and raise our kids.

We love taking our kids to Istanbul every summer. We have extended family and friends who welcome us. My oldest son swims in the Cross Continent Swim Meet each year. Where else in the world can one be in Asia and Europe within minutes? The kids spend the summers playing with their second and third cousins, and making new friends. We are exposing our kids not only to their own culture but also to others by traveling to historic sights, living world history, and showing them how all different religions, and ethnicities live in harmony in the same country.  Although the religion of the population in Turkey is predominantly Muslim, it’s government is secular, and Turkey is a home for all religions and ethnic backgrounds. Everyone is free to practice what he or she believes. Well I should say everyone WAS free…

As I am sure most of you are aware by now, what started as a peaceful “save the tree” protest last week, has turned into a Revolution. Turkey elected a prime minister more than a decade ago, Recep Tayyip Erdoğan, who has over the years leaned increasingly towards autocracy . He wants to build malls over parks, as a way to fill his pockets, demolish art centers and theaters, and build mosques to force his brand of conservative religion down everyone’s throat.  He has sent his forces in to use tear gas, beat, throw illegal chemical compounds, and  to imprison others whom he regards as threats to his Islamic régime. As the laws of the land do not seem to apply anymore in the country, I fear for my own children’s future, my niece who is in Istanbul, my family, my friends, my fellow citizens safety, and then I fear for the whole world’s safety.  The new growing Turkey that has brought together worlds of religion, cultures and worldly growth is suddenly showing inordinate levels of intolerance.

I am a Turkish American mom who wants raise her kids in a world with peace, love, and tolerance in harmony. The world needs to know what is going on in Turkey right now, and to know that this is not the country that the Turkish people are used to, and apparently, based on the uprisings going on now, it is not the way they wish to live.  It is no longer just about saving trees or the park, but about regaining democratic human rights.

This is an original guest post written for  World Moms Blog by Ebru who grew up in Istanbul, Turkey, and now splits her time between Istanbul and the United States of America.

Have you been following the story of the uprising in Turkey?