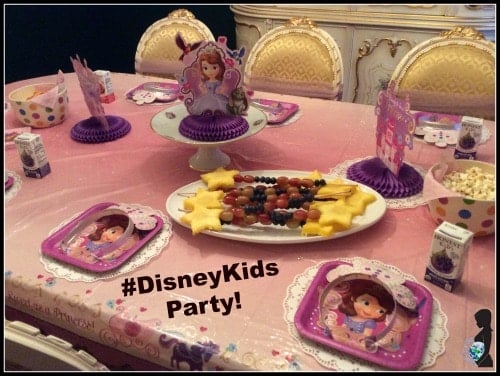 NEW JERSEY, USA: Parenting: The Real, The Ancient and The Pixie Dust #DisneyKids

Many of the global issues we cover on World Moms Blog are very serious, and I spend a lot of time on them because they are important to me and the #WorldMoms. But, when Disney recently provided the parents on it’s Disney Social Media Moms mailing list the opportunity to host a #DisneyKids preschool play date, I jumped at the chance for a little fantasy fun for my daughter and her friends.

I don’t talk much on the blog about how I parent. I find myself mostly writing about global issues that are important to me. So, I’m going to fill you guys in a bit about what my life as a parent is like. At my house when we talk a lot about women using their voice to make a difference, such as Malala and Ambassador Sarah Powers (both would also make amazing Disney princesses, wouldn’t they?).

Yet, as much as I wanted my 7 year old daughter to dress up as Malala for Halloween and to make a statement that girls everywhere deserve an education, she chose pop star Katy Perry, and I supported her decision. And went out to find brightly colored hair spray. I find it useful to keep in mind that I was not advocating for world poverty and girls education at age 7, so I shouldn’t put certain expectations on her. She has to find her own way and have her childhood, and it’s my job to help her be her.

At night our family is reading the Greek, Roman and Egyptian myths and then finding a time every now and then in the year to let the kids loose in a museum to find their bedtime heroes and heroines among the art and sculpture. But, we also take the kids to ride the Small World ride at Walt Disney World and have lunch in the Beast’s castle there. Excursions are not everyday occurrences, and we also watch TV. 😉 What I guess I’m trying to say is that I find parenting in my house is about balance.  We try to experience it all, the nonfiction, the ancient, the pop culture and the pixie dust!

And that pixie dust part is what led to my interest in hosting a #DisneyKids play date for my preschooler. My daughter’s play group had dissolved last year once all the kids were on different preschool schedules, so this was going to be a reunion playdate for the little girls…

Within weeks of being accepted to host the play date, a grand box of Sophia the First play date supplies arrived along with other goodies. We received themed plates, cups, napkins, a table cloth and decorations. Also included were games, snacks and some toys, too. My 3 year old daughter was so excited!!

Next, the planning began. We chose a Sunday evening play date — it turned out to be the perfect time for all of us to make it. I was planning to make some dinner, but I needed a few more special fantasy touches.  We made fruit fairy wands, and dressed the dining room chairs in lavender toile bows, both ideas found on Pinterest, too. Here is the fancy table setting: 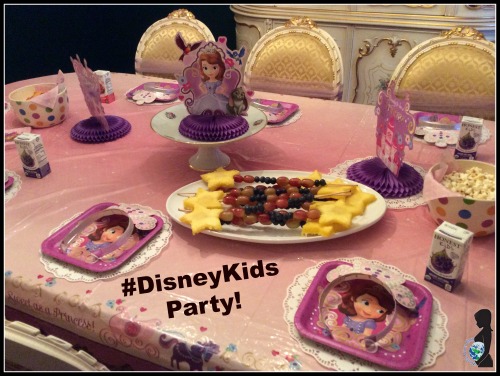 I also found Sophia the First themed goody bags, dress up rings and pendants at a nearby store. We also used some of the treats included in our box from Disney to make the goody bags for the party, Cliff Bars and Doc McStuffins fruit snacks. 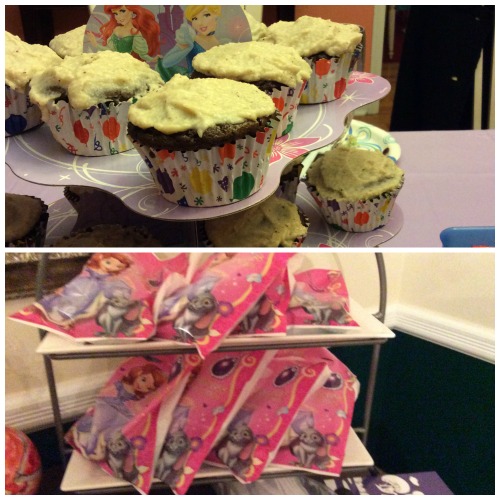 With 8 kids and 8 moms, there was a lot of catching up to do. The girls took to the playroom to play dress up in their Disney clothes, and we also had a little table that had the Kinetic sand and Doc McStuffin’s puzzle for the girls to try out. 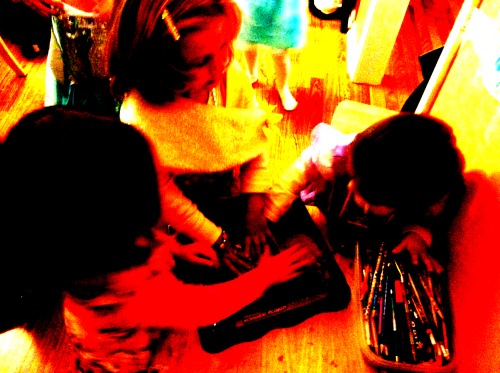 Another table had real life 3 year old princesses at it decorating Disney themed coloring pages. And, there was a request from the princess crowd to put Sophia the First on TV at the end while they were playing. 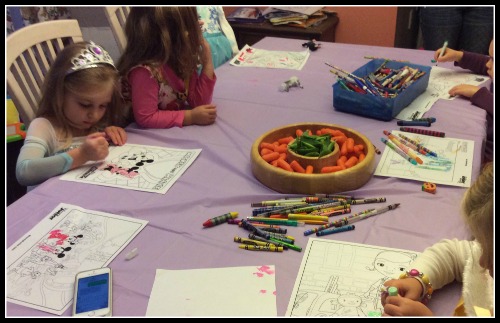 I served home made mac n cheese and chicken nuggets, as well as a goat’s cheese salad for the moms. Dessert was chocolate cupcakes with homemade icing, dyed with blueberry juice, to keep with the Sophia the First lavender theme. And, on departure, each princess chose a ring pop to go!

I’m not going to lie — one of the moms showed up with a bottle of champagne, which had the moms sipping like princesses out of tall glasses. That was fun, too.

I forgot how important it is to reconnect along the way with friends whom I have shared my motherhood journey. It seems natural to keep moving forward through time and missing out on friendships as our kids grow and have different interests. It was great to check in and see how everyone was doing and find out what the kids that we’ve known as babies were up to. Also, seeing the kids step out of their shells and run around together like old times was a really good feeling. I can never have enough of these moments. Thank you, Disney, for the pixie dust. 😉

By the way, have you ever seen the #WorldMoms slideshow of their global Disney vacations?

Disney provided a box described above of party supplies for this #DisneyKids playdate. I was not paid to write this post and the thoughts and opinions are my own.