WORLD VOICE: Marching On Washington For All Women and Girls 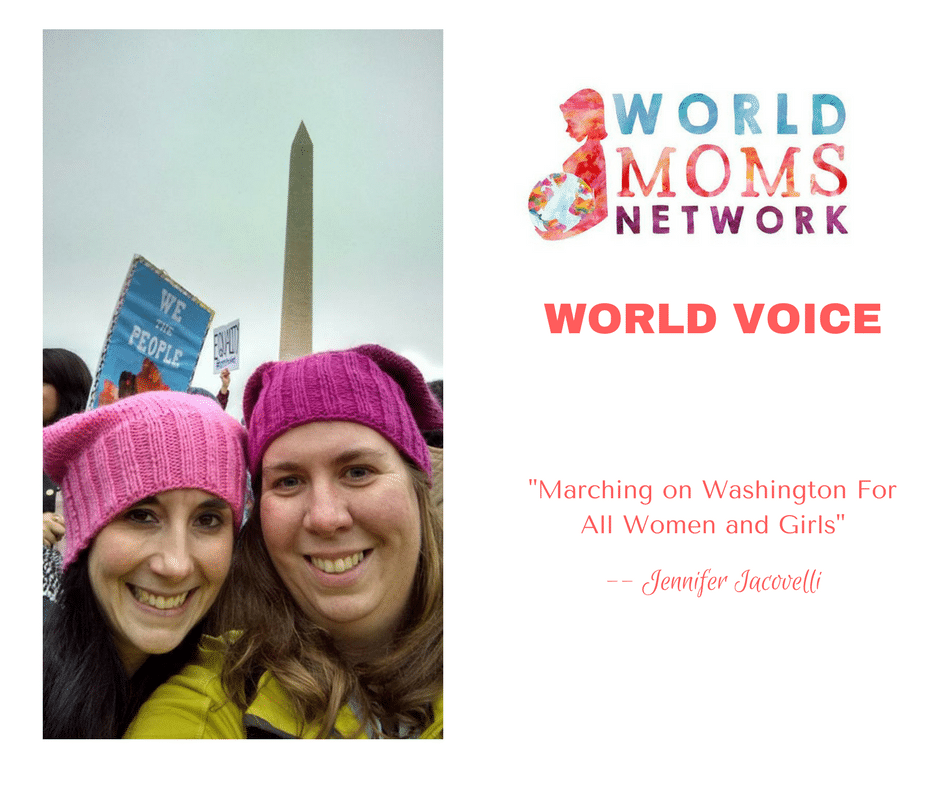 “No hate. No fear. Everyone is welcome here.”

The words were chanted by women, men and children around me as I marched past the Washington Monument with 499,999 other people on Saturday in Washington D.C. A band played ahead of us, giving me a little extra pep in my step despite a churning stomach and a feeling of overwhelm from being in such a large crowd. Thousands of colorful signs – literally and figuratively – brightened the otherwise gray day. 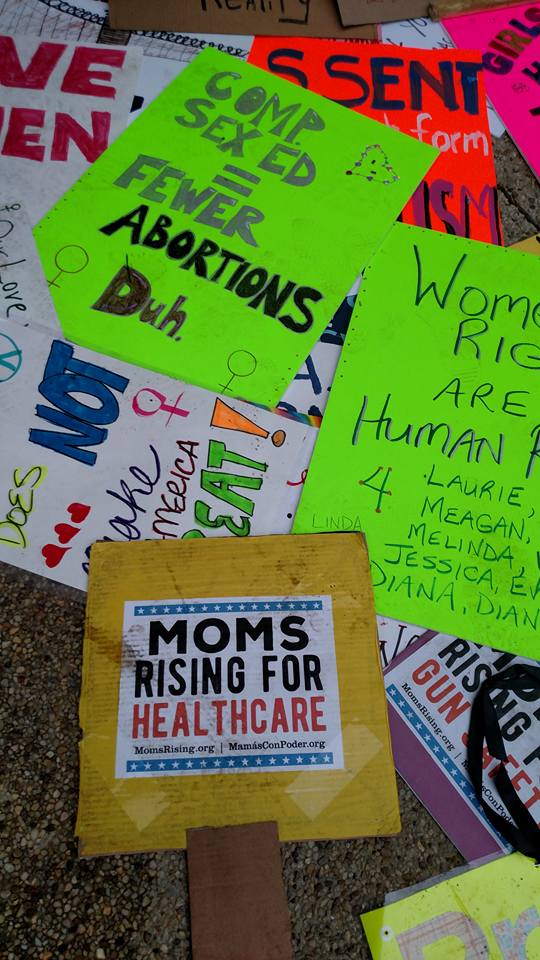 I was with my good friend, Beth. The day after the American presidential election we declared that if we had the opportunity to raise our voices in Washington for women and girls, we would. We didn’t realize the time would come so quickly.

On Friday morning, we hopped in a car in Maine and drove to Delaware, where we stayed with Beth’s friend, spotting fellow marchers along our route. On Saturday morning we drove to a Maryland Metro station and waited two hours to get onto a train. We wore “pussyhats” and soaked every moment in, including a Metro transit policeman asking to try on a fellow marcher’s hat. There were photo opportunities and conversations and lots of anticipation. No one complained.

Once on the platform, a woman with a megaphone gave us the ground rules for the train to ensure our safety. Though she was working and dealing with an amazing amount of people, she smiled and thanked us for coming. Before the train arrived she asked us, “Who run the world?” We replied, “We do!” And we were off. 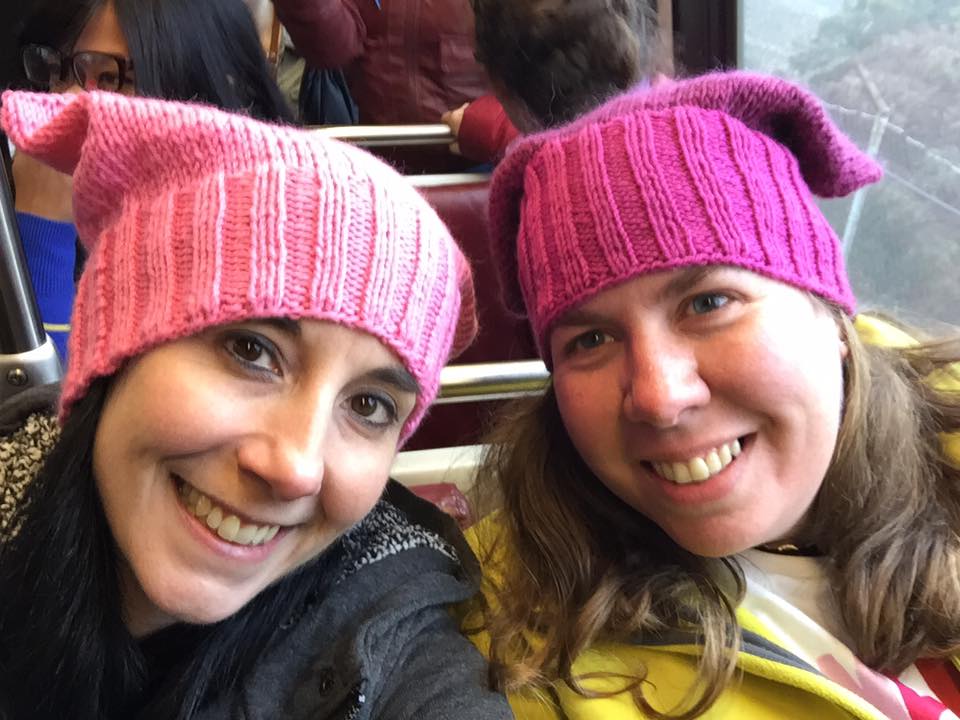 The train was full, but the Metro station in D.C. was even more packed. Wall to wall people, mostly women, were patiently waiting to exit the station onto the streets.

Chants of “keep hope alive” and “this is what democracy looks like” enveloped the station.

A rendition of “This Land is Your Land” spontaneously broke out. We were crammed like sardines with no place to go and happy as could be. When we passed a Metro worker, we made sure to thank him. 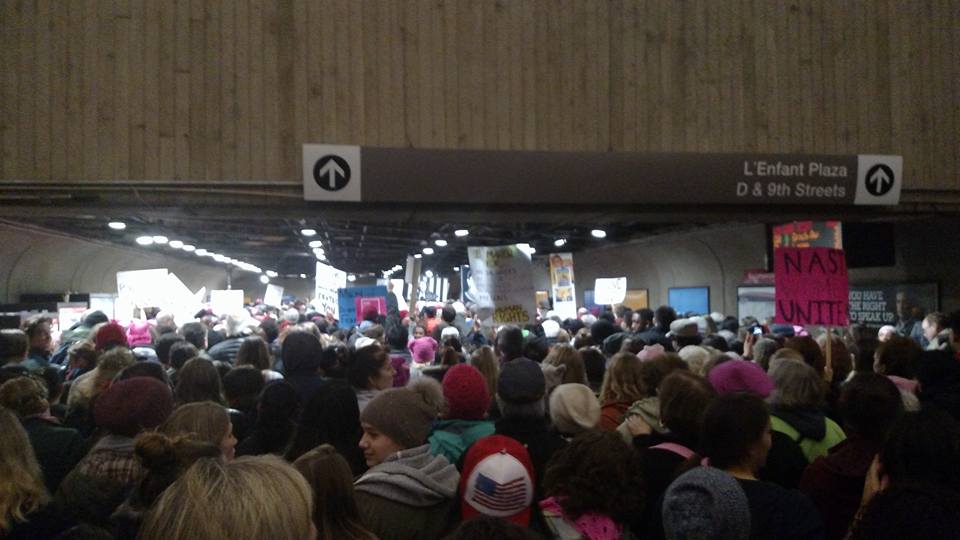 The “march” started well before anyone walked towards the White House. When we peacefully made our way out of the station, the chants continued as we made our way to Independence Avenue. Signs and pink hats were everywhere. People walked the streets while others lined them simply observing. There were people as far as the eye could see. People of all ages, genders, colors and ethnicities. It was incredible.

Beth and I made our way to Independence Avenue in a sea of people. When we stopped, we could barely move. But the energy was positive and the crowd peaceful. We found an alcove and listened to some of the speakers. We heard Alicia Keys and smiled as a little girl peaked around the wall to see the big screen behind the crowd, standing close to her mom. 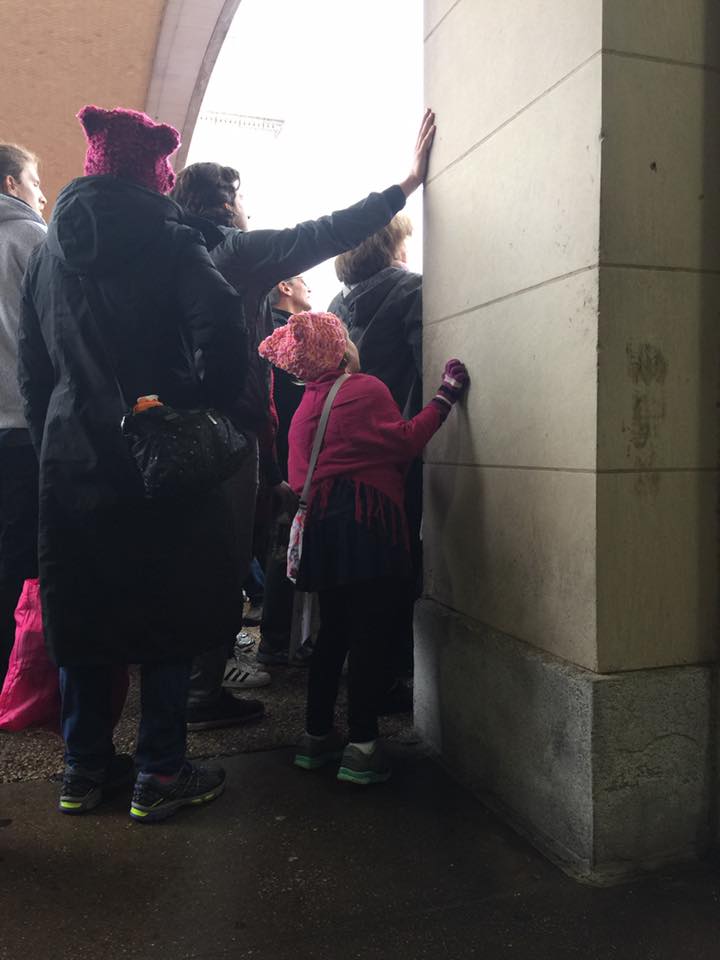 When we started to collectively march towards the White House, I began to feel the importance of the day. It was historic and powerful and filled me with hope.

Though the movement was slow, it gave us time to read signs, chant some of our beliefs and soak it all in. Beth and I took a selfie by the Washington Monument with a “We the People” sign in the background. 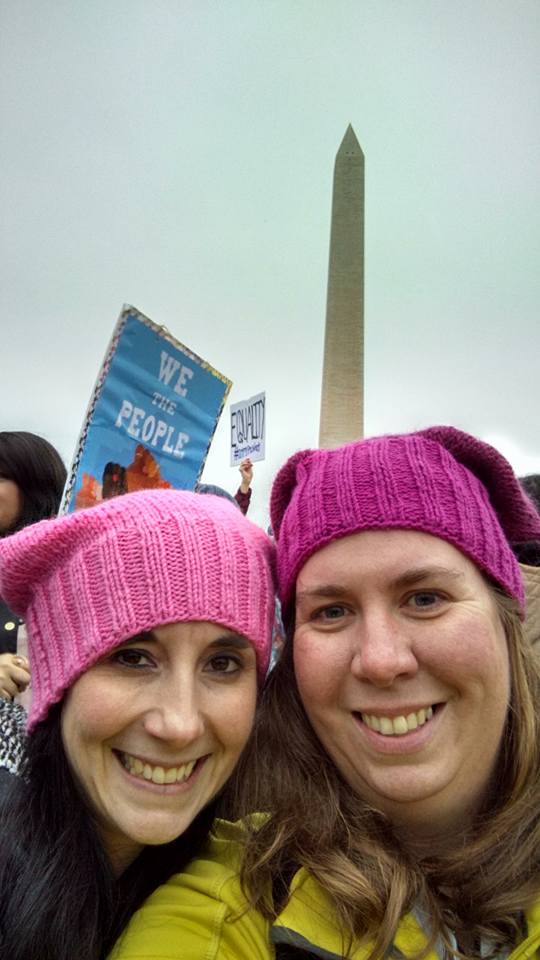 After the election, I had talked to my sons about how we would use our voice and stand up for our fundamental beliefs if we felt the need. That even if we don’t agree with our new president, we should allow him to lead while also making sure he understands what is important to us. Like I’ve said here in the past, “As moms, it’s our job to show our kids how to be kind and tolerant of others while also knowing when to use our voice to stand up for what we believe in.”

What message do you hope we sent with the Women’s Marches?

This is an original post written for World Moms Network by Jennifer Iacovelli the author of Simple Giving. 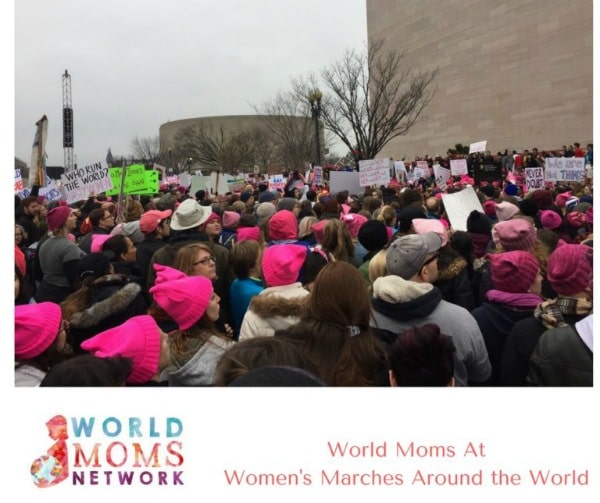 World Moms were out in force on Saturday, January 21st, 2017 at Women’s Marches all around the world. Here are a few of the pictures of a day of global solidarity. The connection of women at these marches are what we try to do on a virtual level here at World Moms Network every day! 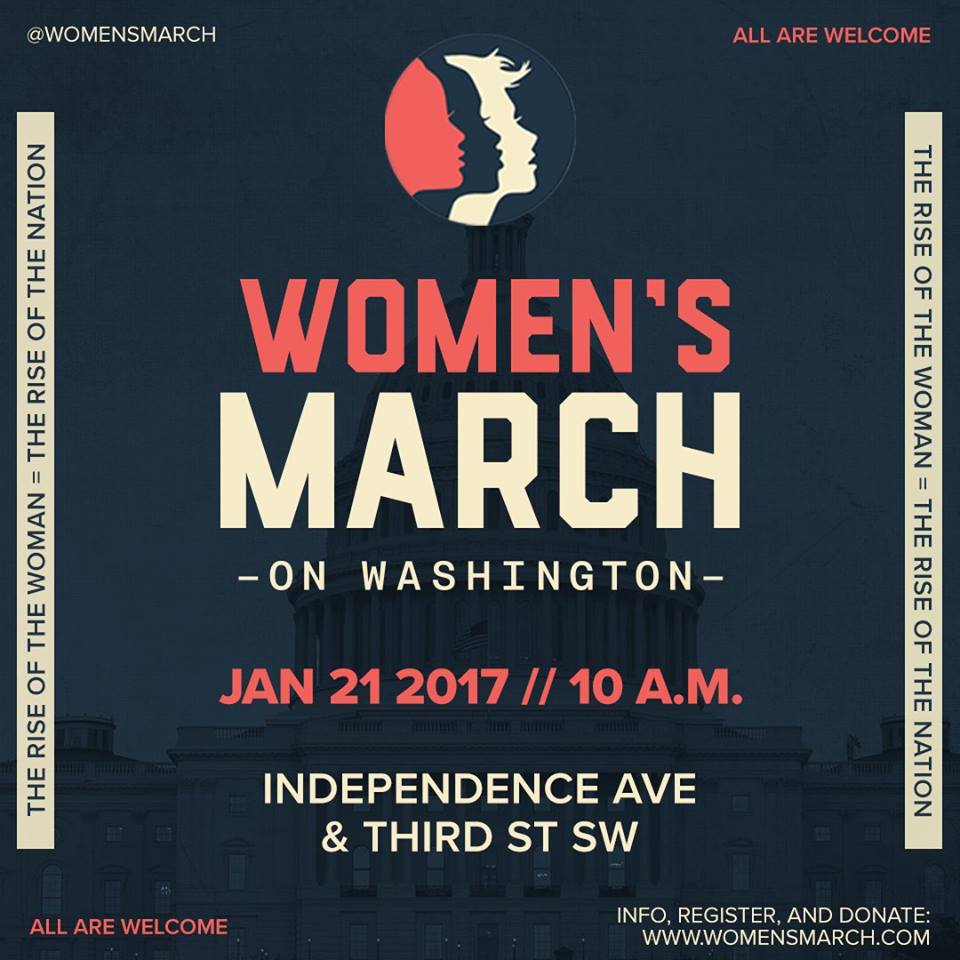 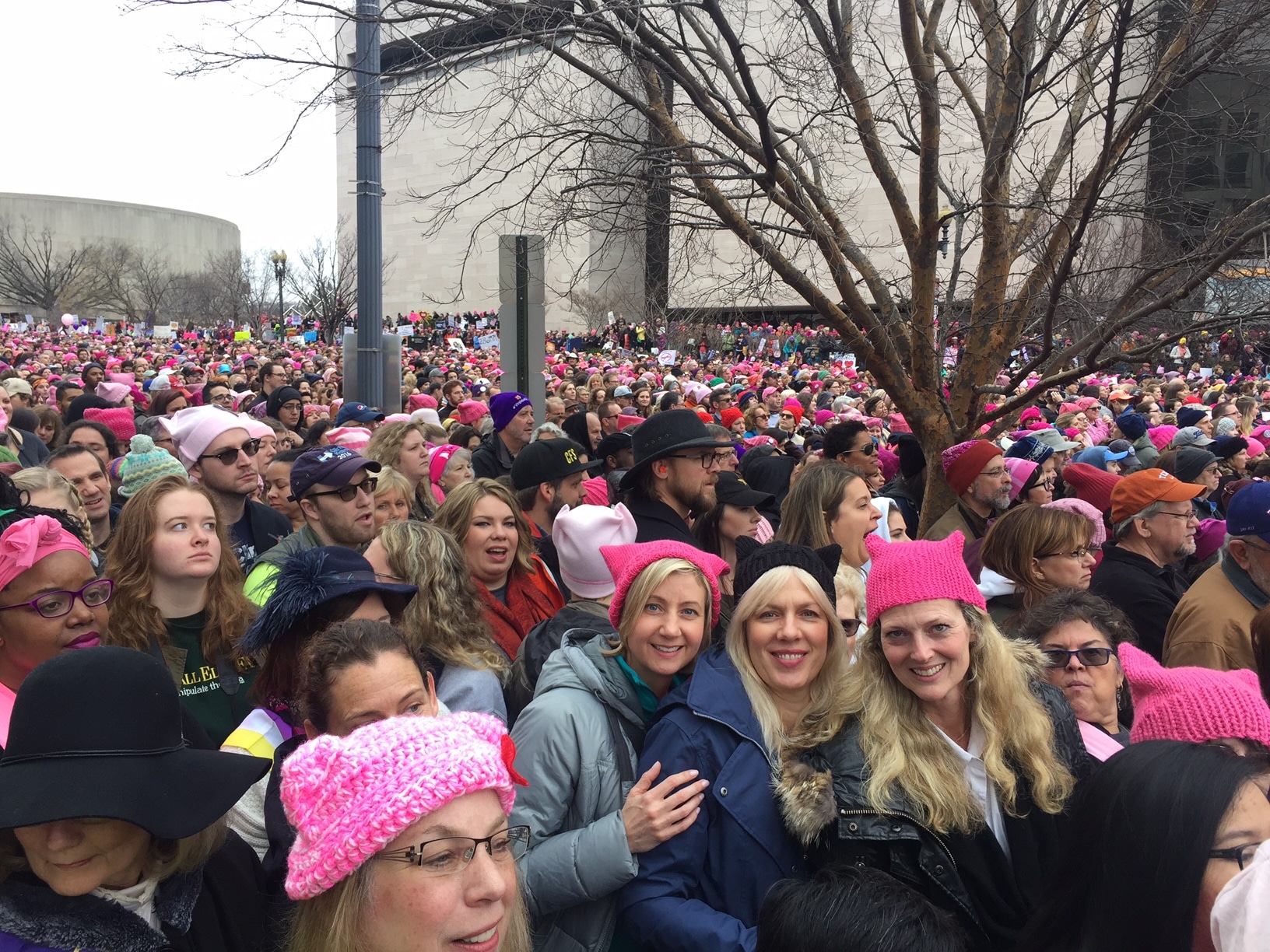 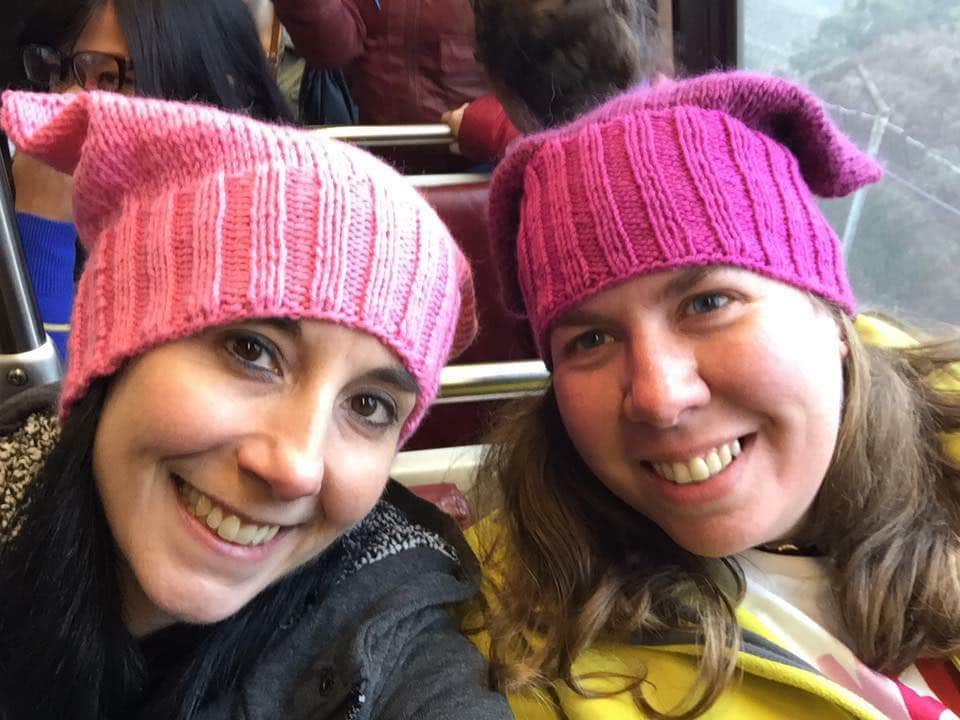 Social Media Editor, Nicole Morgan, was at a march with her mother and daughters in Florida. 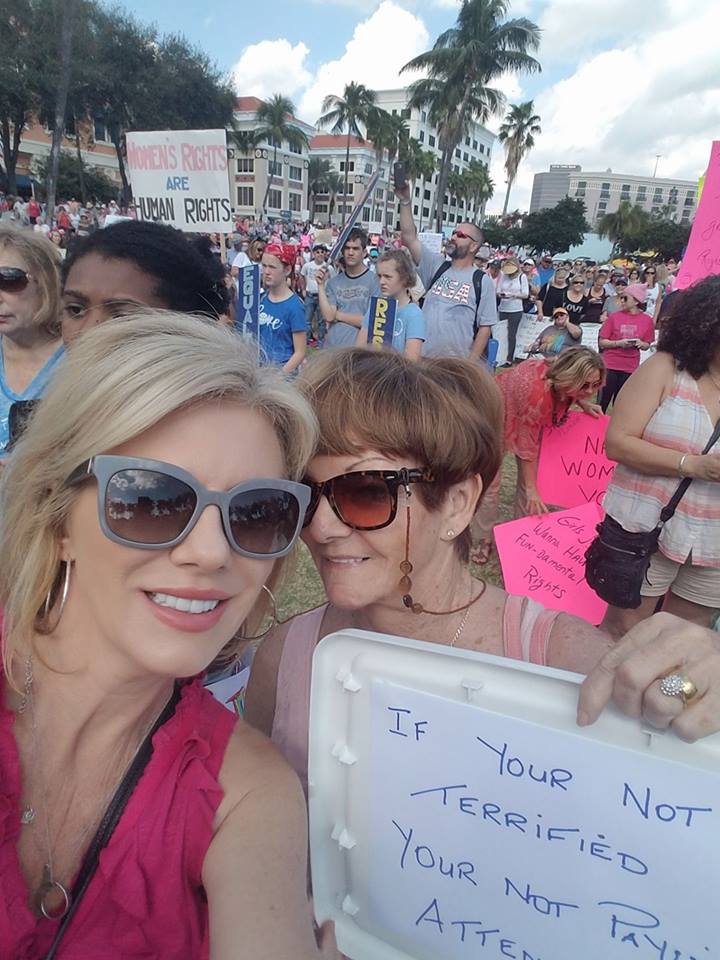 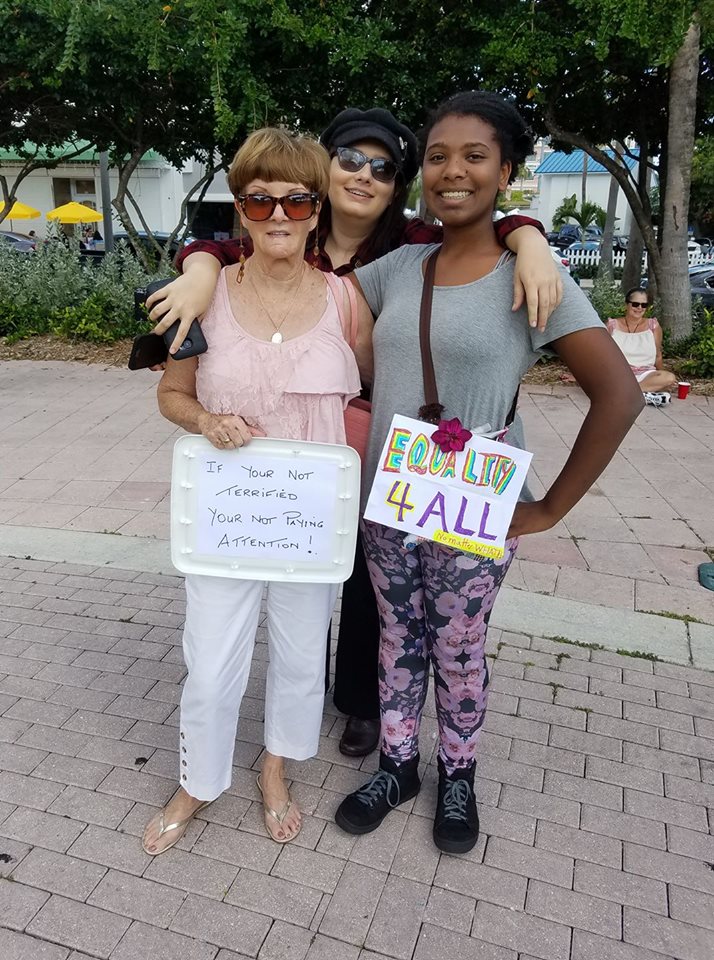 “My dream is to capture this energy of the moment and transform it into action. If we can launch an unprecedented movement of citizen advocacy and hard work to elect candidates who believe in these values, we will truly have succeeded today.” – Editor, Cindy Levin 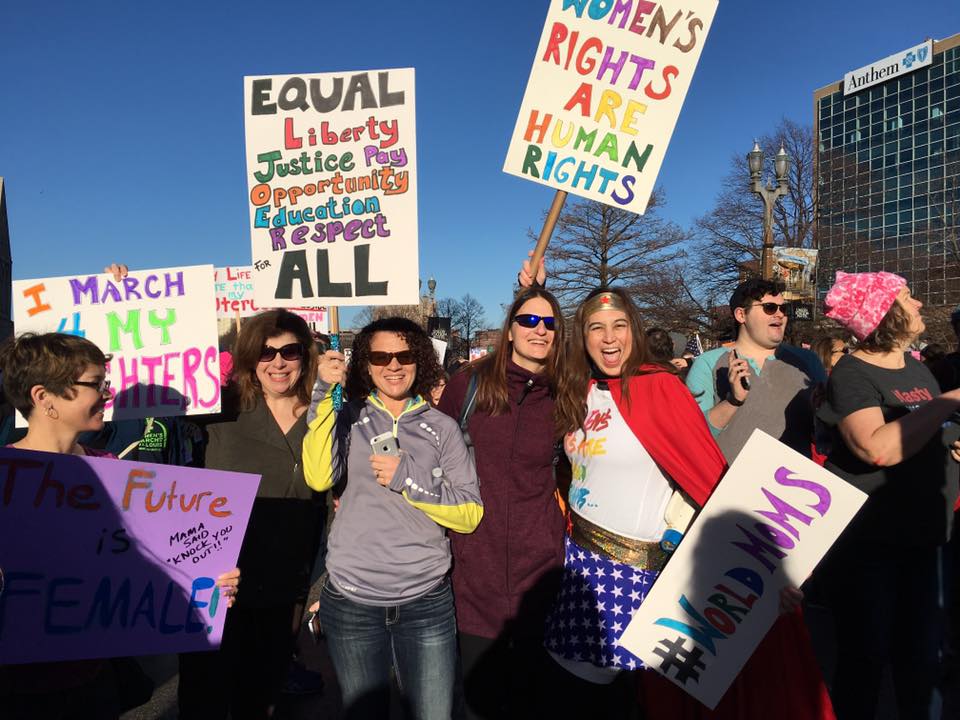 Thank you for marching with a #WorldMoms sign, Cindy! 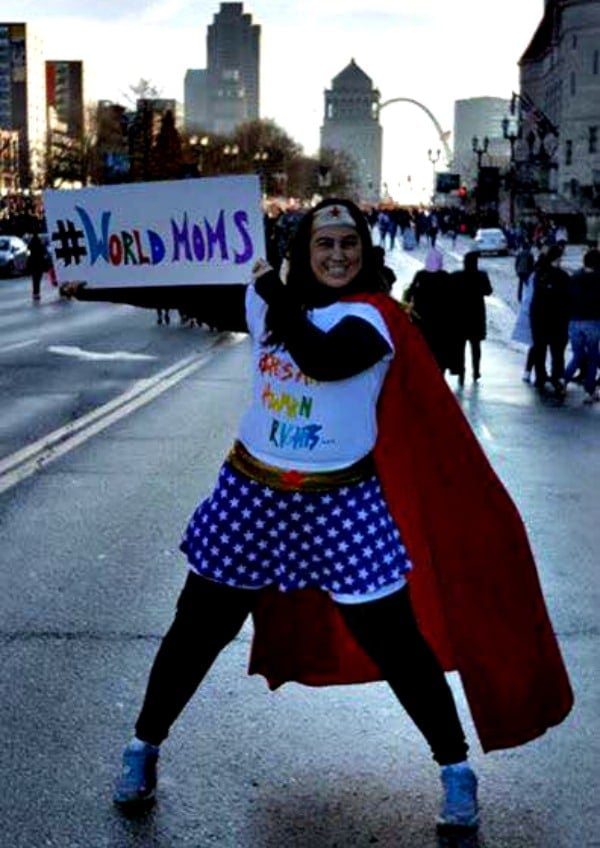 “My aunt and mom (right). My mom said she marched before I was born and can’t believe she had to do it again.” – Social Media Editor, Sarah Hughes 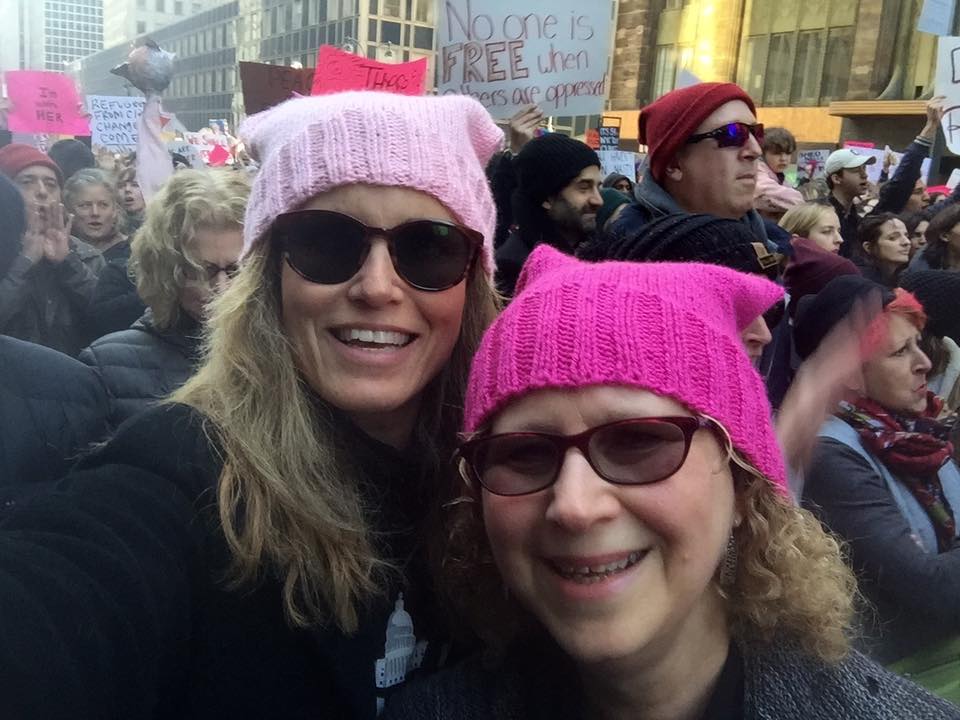 “Nasty Women Arise! I am marching for my daughter and countless girls and women globally who don’t have the freedom to exercise their rights!” — Contributor, Tes Silverman #worldmoms #womensmarchnyc 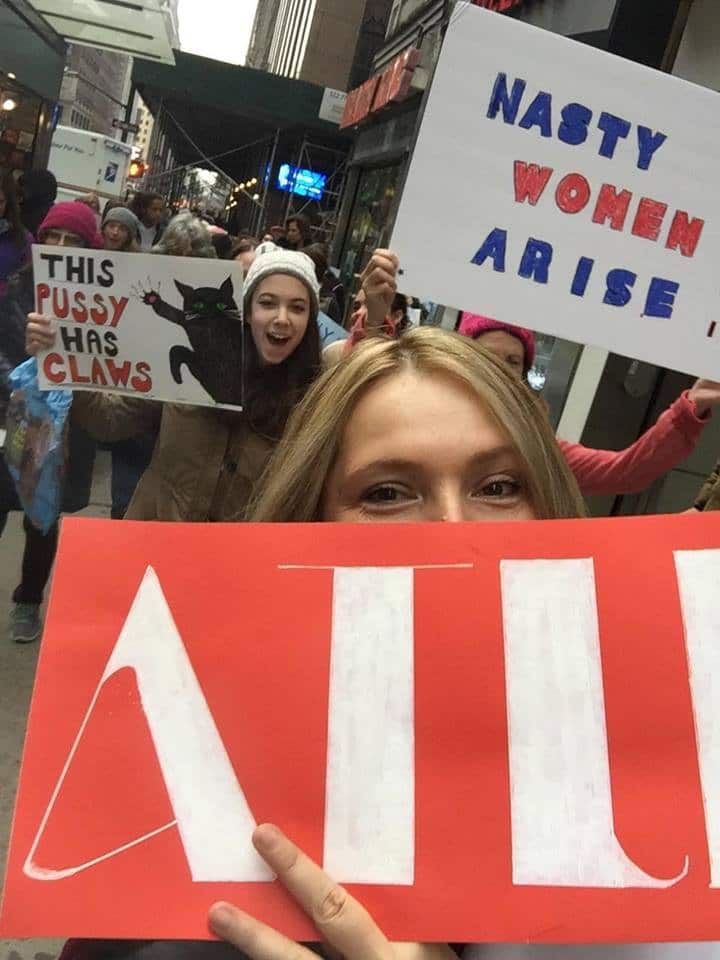 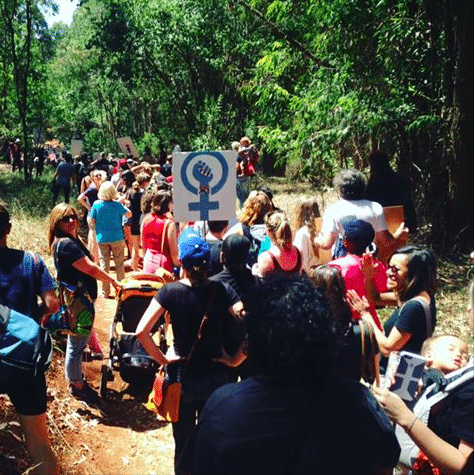 We also proudly share this interview with former World Moms Network contributor, Sophie Walker, from Saturday. Sophie is now the head of the Women’s Equality party in England and marched in London. We’re so proud of you, Sophie, for sticking up for women!

Check in tomorrow on the blog for a detailed account of the Washington DC march! To see more photos from Women’s Marches around the world check out this New York Times article! There is no doubt, we are stronger together.