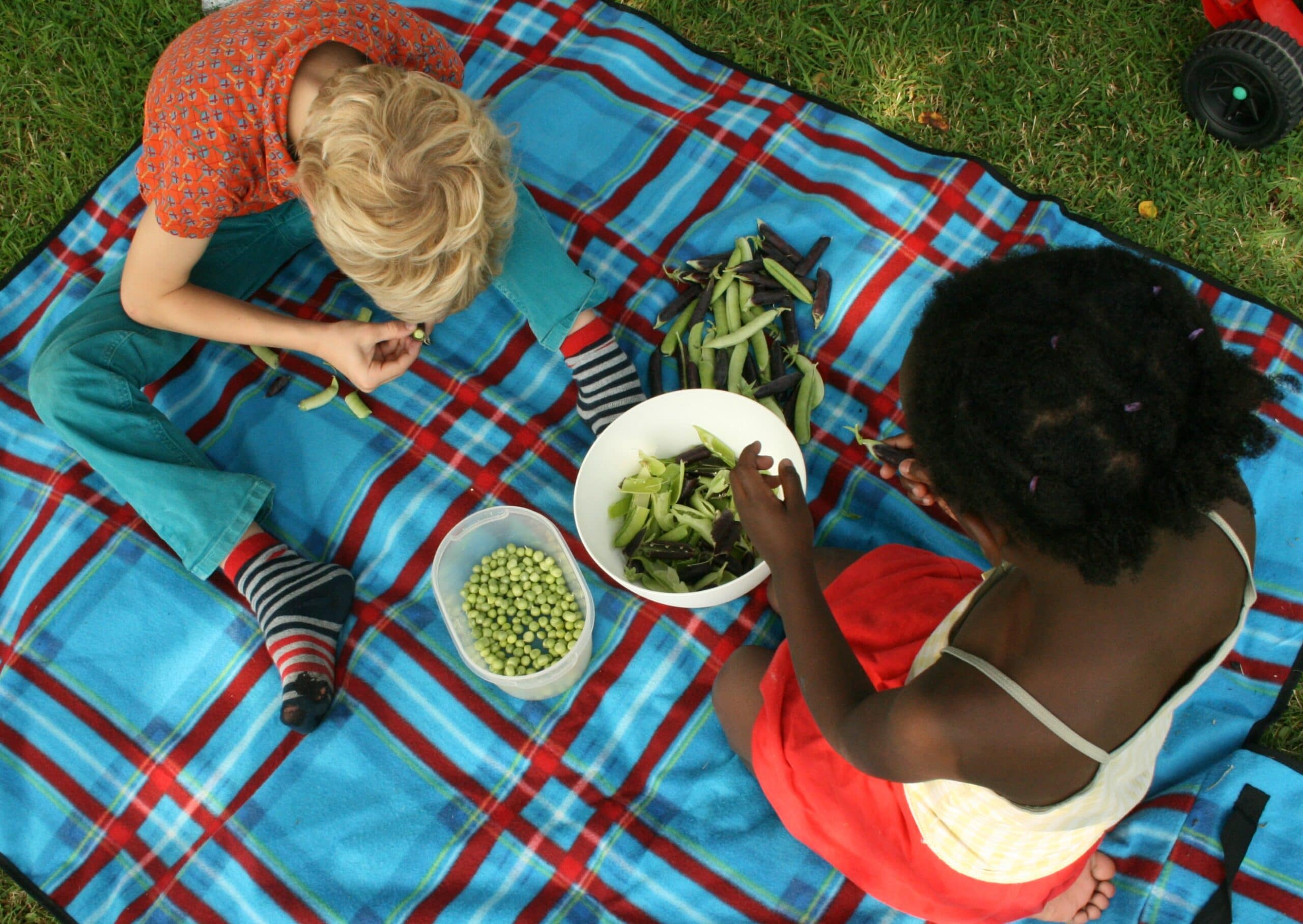 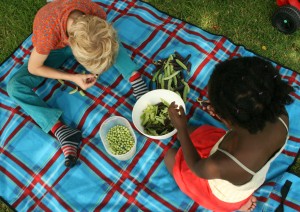 I’ve  yet to meet a mom who is not monitoring her kid’s eating habits. Some might even be obsessed over it, others just make sure their kids eat enough or don’t overeat. Food can be filled with cultural, health or moral values and seems an important subject in most families I know.

Every single one of the moms I know, seems to have her personal truth about food, or is at least searching for it. I know quite a few moms who vouch for strict vegetarianism, sugar free, all organic, low-carb, macrobiotic, low-fat or a mix of those. Others cook without lactose, gluten, sugar, eggs, nuts, soy and other allergy or intolerance boosters, by necessity or by conviction. But there’s also quite a number who just like to stick to their grandmothers’ favourite mashed potatoes with pork chops and piccalilli, because that’s what they were raised with.

Myself, I mix quite a bit of the above. My life is all about compromises. As a student, I used to be vegetarian, but now we eat vegetarian for only about 3 days a week. I also restrict the amount of lactose, because of my daughter’s (mild) intolerance. I make sure they eat at least one piece of fruit per day, but most days it’s two or three. And because we are Belgian, we have our two-weekly take out of ‘French’ fries, which originally came from Belgium. Or maybe even from Flanders.

I would not call myself obsessed, but I do keep a detailed mental track of what my kids eat in a day, and try to compensate by the 80/20 rule I adopted from a fellow World Mom: if they eat healthy for 80% of the time, that will make up for the 20% they eat junk.

When a mom has found her personal truth about food, obviously she wishes for her kids to eat by it; which they aren’t likely to do without a struggle. Not after they’ve tasted the Belgian fries, they won’t.

When my oldest was younger, I used to think I had it all together though. He ate whatever vegetable I gave him and his favourite dish was Brussels’ sprouts. I even recall quite some occasions on which I, the former vegetarian, bribed him into eating his meat by promising him an extra stem of broccoli. After a while, even the meat didn’t pose a problem anymore. He would eat whatever I served him.

Those good old days are over now.

It all started when our daughter arrived, age 2.5. She came from Ethiopia and was not used to our diet, not mentally, but also not physically. The first time I served her something green, she just threw it on the floor. Not out of a whim, but because she was clearly convinced it was not edible. She even tried to take it out of my mouth. Having been fed mashed dishes all her life, she was also not used to chewing. She did like bread and she did her best chewing it, but we had to take her to a physiotherapist to sooth her jaw pains. So we customized our cooking to her and introduced new stuff every once in a while. The one dish that never posed a problem was, indeed, our Belgian fries.

Meanwhile, our son, then 5, seemed to finally grasp that there was such a thing as rejecting food. I don’t know whether it was his sister’s example, the TV shows he started watching, his classmates or just normal evolution, but he started getting more selective each month. He also ate with his hands more often, just like his sister was used to. I went from having one kid with excellent eating habits to two picky, messy eaters.

After two years of convincing myself it was just a phase, this year I started implementing some strategies to get them to eat more balanced. Ultimately, what they were eating wasn’t all that bad but I was getting tired of the drama and the struggle to get them to eat what I believed was good for them. And most of all, I wanted them to develop the discipline to choose healthy by themselves, and not just because I ordered or rewarded them.

First, I tried the Yucky List. A colleague of mine had it at home, and it worked perfectly for her family. The idea is that it is only natural to have different tastes and that you don’t need to like everything. The concept is that each family member can have three dishes they really don’t like, on that list. When it is served, they are allowed to refuse it and have bread instead. Or hope for a mom who cooks two different dishes in advance. Of course over time, you can change your preferences but when a fourth dish you don’t like is served to you, you have to eat it, before you can put it on the list (replacing another).

It seemed promising but after a few weeks, the kids started to change their list about every other day. Way too many family dinners were filled with  ‘I will put this on my yucky list for sure!’ and a lot of moaning and struggling, which didn’t really lighten the mood as I had hoped it would. We might pick it up again when they are older but for now, it doesn’t work for us.

After that, I changed my strategy to handing out a Yucky Coupon, Bah Bon in Dutch. I borrowed the idea from a friend who used to do cooking for youth camps. At these camps, each of the kids was given one Bah Bon for the duration of the camp.  They could hand it in if they didn’t want to eat one of the meals that was cooked for them. Of course, they only could do that once. And the ones who still had the Bah Bon at the last day of camp, could hand it in, in exchange for ice cream.

So that’s how we do it now and it works like a charm! The kids both have their weekly Bah Bon, which is very conveniently posted on the magnetic wall next to the dinner table. Whenever they complain about dinner (or lunch or breakfast), we just point to their Bah Bon and remind them they can hand it in if they wish. No strict words, just giving them a choice and a visual reminder. Our son hasn’t missed his Sunday ice cream once. Our daughter has, once, and she’s not likely to miss another.

Of course, this will only work if ice cream is really a treat for your kids. Mine don’t really get candy or other sweets that often, so for them this works perfectly.

And of course, it’s still kind of a bribe. But I like it much more than the daily ‘If you don’t eat it, you can’t have desert’ bribe. For one, because we don’t have desert every day. Second, because they have to manage the discipline to work all week for their ice cream, rather than getting an instant reward. Third, because I don’t exactly sell the ice cream as a bribe or reward but rather as an interpretation of the 80/20 rule: if they eat healthy and balanced all week, it is all right to have something unhealthy every once in a while.

Most importantly, I like this system because the kids themselves really like this system. They like being in control of what they (don’t) eat without any pressure from us, and most of all they absolutely love our weekly ceremony when they officially hand in the Bah Bon they saved in exchange for their well deserved treat.

Do you have a personal or cultural take on the food you serve your kids? And do you need similar strategies to convince them about it?