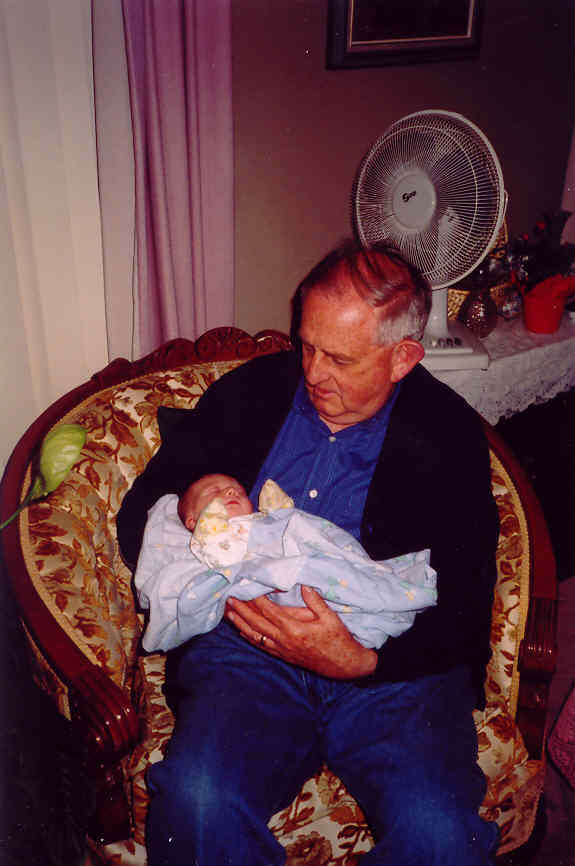 This is the man who raised me, played with me and read to me as a kid, gave me financial advice as an adult, watched an entire Olympics with me when we both had the flu, attended father-daughter dances with me and helped sell my Girl Scout cookies, and so much more.  Gone?  It just didn’t seem possible.

The trip from Toronto to Johannesburg a few days later was the longest and loneliest journey of my life. As I flew to Amsterdam, and then to South Africa, I was surrounded by all of these happy people traveling to spend the holiday season with loved ones. Every time fellow travelers or airline employees cheerfully wished me a Happy Christmas, it was like a knife being twisted in my gut. They had no way of knowing my reasons for travel, of course, but still. Happy Christmas? Seriously???

In the aftermath of Dad’s death, I reflected on his life. He had been an outstanding father – a hard worker who was devoted to his family and wanted nothing but the best for me and my brother. He offered his opinions and advice, but allowed us to make our own choices. When I messed up, he was there to help me pick up the pieces, even when my mistakes broke his heart.

When I discovered the distance runner that had been lurking in me, Dad – who had been one of the best marathoners in the country as a young man – became my unofficial coach. When I was still living in South Africa, he would do my taxes once a year in exchange for a big bag of chocolate coated almonds. He taught us to appreciate the finer things in life, while not forgetting how to enjoy the simpler things in life.

Then, all of a sudden, it was my turn to do the parenting thing.  My parents were going to be a tough act to follow, especially since I had done tons of research over the previous nine months about pregnancy, but none at all about actual babies.  My son spent the first few hours of his life in NICU, and I remember looking at him through my fog of exhaustion thinking, “OK, now what?”

Throughout my pregnancy, both of my parents had told me what a great Mom I would be, but now, as this newborn lay in his heated bassinet, I had my doubts.  I had never been into dolls as a little girl, and no-one would have used the word “nurturing” to describe me.  I didn’t know if I had the mothering instinct.

The following day, with my parents fresh off the plane from South Africa, I placed my one-day-old son into the arms of his grandfather.  As my Dad shyly and gently cradled this tiny human being,  a look of absolute peace settled on him like a soft blanket.

He had lived a good life, my Dad.  He had been a talented athlete and had a successful career; he and my Mom had the most solid marriage you could imagine; he had raised two kids who had turned out pretty well; and, he had worked hard to be financially secure.  But, it was this event – the birth of his first grandchild  – that somehow completed him.  It was like watching the final piece being slotted into a jigsaw puzzle.

At that moment, as if some of the peace surrounding my Dad had touched me, I knew that I would be OK.  Parenting would be hard, it would be exhausting, and it would have its moments of tears and heartbreak.  But as I looked over at my parents, with their heads bent over their new grandson, I knew that I did have what it took to parent this child.  After all, look at who my role models had been.

I had not had a perfect childhood, but the good had definitely outweighed the bad.  I had learned from pretty damned good teachers.  The learning was not over.   Even after they returned to South Africa, my parents were there to offer advice and opinions, or simply a listening ear when I needed to vent.  Little did I know that when I saw them off at Toronto’s airport, it would be the last time I would see Dad alive.

Dad left me with so much.  All through my life, he gave me love, support, opportunities and advice.  He shared good times with me, and when times were bad, he never gave up on me.  He was my provider, my mentor, my friend. And perhaps, most precious of all, he taught me what it meant to be a good parent.  He lives on in my children, and in how I am raising them.  I hope that I have grown from being his little girl into a Mom he would be proud of.

Dad, six years ago today you moved on to a different place – one where you are healed and free of pain, from where you can watch your two grandsons grow up.  Every single day, I am grateful that you got to experience the joy of becoming a grandfather.  I am honoured that I had a part in seeing that last piece of the jigsaw slotted into place to complete the beautiful picture of who you were.

Can you relate to Kirsten’s experience of losing a dear parent who has positively affected your own parenting style and ability?

This is an original post for World Moms Blog by Kirsten Jessiman of Toronto, Canada.  Kirsten is proudly remembering her father today, and she can also be found on her blog, Running for Autism.