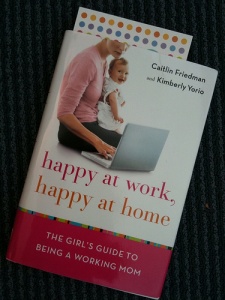 My little lad is almost one year old, my maternity leave is over, and the paternity leave will be over in a month. So, after lots of “to-ing and fro-ing”, we decided to apply for a nursery.

Although many parents decide to stay at home, it is also quite common here for both parents to go back to work when the child is one. However, this article is not meant to start a discussion as to whether or not a one year old is ready to go to nursery, as that would be a whole separate article in its own right.

In Norway the government has introduced a policy called “Full  Nursery/Kindergarten Coverage” – meaning that all children who wish should get a space in nursery (at a reasonable price) from the time they are one year old.

One of the reasons for this is so that parents would not have to take on child minders they don’t necessarily know and find other temporary solutions to child minding.

This sounds great doesn’t it?

Some parents are lucky enough to get a space as not all nurseries are full, but in our borough there are currently long waiting lists. And, we have been told by the council that there is basically no chance of us getting anything until August.

So what do we do?

We only get one year parental leave, the government understands that it can be problematic finding a child minder. They say that they have solved this issue, but they haven’t really. They have just created a strange rule, and now they say that they comply with that rule, which makes it sound like the problem is solved.

We had 2 months to find an alternative solution. (Quitting work is not an option.) After searching the internet and calling different nurseries and calling the council, we were left with only one solution: we needed to get a child minder.

Ok, well that sounds easy enough, but how do you find a child minder that you trust, and that you feel comfortable leaving your little baby with? (I know – you could argue that if I don’t feel ready to leave my baby, then I shouldn’t. But, as I mentioned earlier – this isn’t an option for us at the moment.) So we had to find a child minder, but they were all busy!

Of course they are, with the lack of nurseries in Oslo and lack of other options (for instance, the little lad’s grandparents refused to take early retirement only to be babysitting for the next six months — I already checked with them!) ,the child minders are bound to be in popular demand.

Luckily, we finally came across one lady who was free, and our first reaction was, “What is wrong with this one, as she is the only child minder in the area that is available?” However, after meeting with her and checking her references (it turned out she used to mind my nephew a couple of years ago), we are quite happy that we finally have somebody we can trust to look after our little baby.

(Oh, and I forgot to mention that the government actually gives us about $500 a month in support if they can’t provide us with a place in a nursery and any additional child minding fees we have are tax-deductible.)

Anyway – so you would have thought that all my problems were over.  I thought so. I was so ready to just sit down and relax and feel happy about sorting everything out, when suddenly this wave of guilt came over me. “What kind of mother am I, who with leave my baby boy with a stranger all from 8am to 4pm five days a week? And, why is it that I feel that working is important?”

So, now I feel guilty not only about leaving him with the child minder, but I also feel guilty about the fact that I do not wish to quit work.  Will I spend the rest of my life feeling guilty and not good enough?

As my husband is at home at the moment, it is he the little lad goes to when he is tired or upset for some reason.  I am very happy that my son and his father have such a relationship, but it does hurt a little bit. I mean, I am his mummy. I should be able to fix everything and make him feel better!

But, how will I feel if the little lad starts to prefer the child minder to me? I guess I just have to get used to it, as he is his own little independent person. Although, he will always be my little baby 🙂

How easy or difficult is it to find child care in your home country?

Photo credit to http://www.flickr.com/photos/yodelanecdotal/3948301902/.  This photo has a creative commons attribution license.