CALIFORNIA, USA: Too Much Coffee? 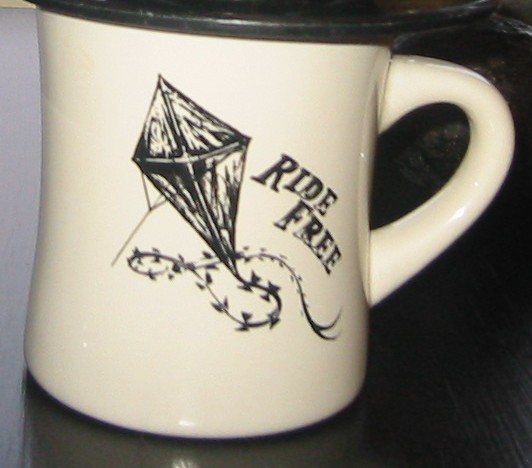 While I was reading the Stieg Larsson books, I noticed that the characters were always drinking coffee, making coffee, and going to get a coffee. And, it made me wonder if other moms around the world drink as much coffee as I do?

Can a mom drink too much coffee or tea in one day?

That is a question I often ask myself. The first thing I do after my big girl gets me out of bed in the morning is brush my teeth and make a cup of coffee.

My big girl, being 3 ½, understands the importance of mommy’s first cup of coffee in the morning. She knows that I don’t have the capacity to do much else until I get my morning jolt.

Living in San Francisco, good, strong coffee can be found anywhere and everywhere.

For example, this morning we went for a nice walk along the water on a stretch of beach by the bay called Crissy Fields. The parks department is smart. The mile walk is flanked on each side by huts that sell – you guessed it, coffee. And lattes, cappuccinos, mochas, and snacks. During the week, the path is full of strollers. On the weekend, you can find a mix of locals and tourists. They know our weakness!

Before I moved west, I was already addicted to my morning coffee. I can vividly remember as a teenager, my dad bringing me and my mom a cup of sugary, creamy coffee every morning as we got ready for school and work. But, the coffee served by me dad was weak – and my parents still drink it that way.

When I moved to Philadelphia after college, I would stop in the Bucks County Coffee Co. shop on my way to work and take a cup to go. In the summer, when it was hot outside and you broke a sweat the minute you stepped out of the shower, I would order an iced coffee instead (my husband still drank his coffee hot in the summer – I don’t know how!).

Then, I moved to San Francisco. I will never forget my first cup of coffee at a local shop. It was strong! Stronger than anything I have ever tasted. I remember adding cream and it would barely change color. I couldn’t understand how folk could drink this mud! That is now what my parents, especially my dad, say about me.

Upon complaining about stomach issues, my holistic doctor recently recommended that I give up caffeine and other bad stuff for 3 weeks. I looked at him like he was crazy.

I told him that it would be really hard. He equated caffeine to any other drug – there would be a period of withdrawal and then I would feel great.  So I gave it a try. The first three days were awful – I had a headache like no other. But by the fourth day, I felt ok. I didn’t have a headache, but I still missed my morning java. I successfully kept away from caffeine for the 3 weeks but started drinking it again as soon as it was over. And, the amount has been increasing ever since.

Recently, I discovered that there is a 24-hour Starbucks near my house. I told my husband that it was comforting knowing it was there if I needed it. He looked at me puzzled.  Starbucks is not my first choice in coffee stops – I find their coffee too acidic and a little burnt tasting. But I have recently had Starbucks Reserve™ coffee made to order with the Clover® Brewing System – they grind the beans and brew it to order – and it is quiet good! I have found myself going a little out of my way for it. But in San Francisco, we have plenty of micro-roasters to choose from. Plus, I would prefer to support the little guys.

After all this talk about coffee, I think I will go and make a cup!

Do you enjoy your morning cup of coffee or a little more now that you’re a busy mother?

And, do you find yourself drinking too much caffeine in one day?

This has been an original post for World Moms Blog by A. Roselyn of California, USA.

Photo credit to A. Roselyn.