NEW JERSEY, USA: Am I Scared of Bullies? 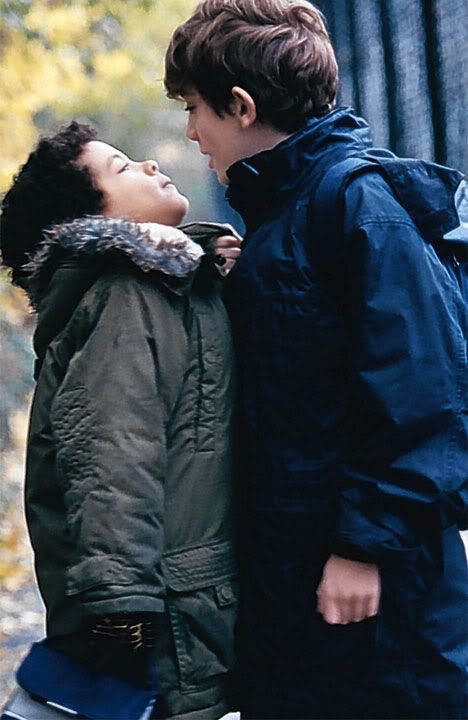 When I was in graduate school for social work, I had to examine the role that boundaries played in my life.  Social workers often work with people in vulnerable circumstances.  Therefore, it is crucial to maintain clear boundaries to uphold professional integrity.

In examining my own boundaries, I discovered that they are a little on the loose side.  I have a hard time saying no to people.  I also avoid conflict.  I wondered how having loose boundaries would affect me as a parent.  Would I be able to appropriately protect my child when I struggle standing up for myself?  I feared that I would let my kids down.  Then it actually happened.

My family went to Ikea to buy a bookshelf for my five-year-old daughter’s bedroom.  My daughter LOVES Ikea because they have a playroom with a huge ball pit.  She begs me to leave her there while I shop.  Although I always have reservations about it, I say yes, let her play, and I shop as quickly as I can.

The security seems to be tight.  I don’t worry about my daughter getting out, or of someone kidnapping her,  I worry about how she will interact with the other children.  Will they be nice to her?  Will they bully her?  Will someone land on her in the ball pit and suffocate her?  Yes, I honestly have these concerns.  Until this last visit, my daughter never had any of those problems.  I was beginning to worry less each time I left her there.  But today things were different.

When you first drop your children off at the Ikea playroom, the children have to stand against a wall to be measured in order to see if they are tall enough to enter the playroom.  My daughter was standing against the wall when another child, who appeared to be the same age, pushed my daughter out of the way so he could stand against the wall and be measured.  My daughter came over to me in tears, telling me what had happened.

I knew what had happened because I saw it with my own two eyes.  I don’t know where that child’s parents were, or if they had seen it, but nobody said a word to him about what he had done.  My daughter is a very sensitive child and she feels things very deeply.  After I calmed her down, I asked her if she still wanted to go into the playroom or if she wanted to stay with me.  She insisted on going into the playroom.  So I let her.  I watched her go in and hoped that she would have a good time.

I left her there for 30 minutes.  When I returned to pick her up, I couldn’t see her.  Was she burried under the balls somewhere?  I became nervous.  The Ikea employee took a while to find her and when my daughter exited the playroom, it appeared as though she had been crying.  I wiped her nose and asked her what happened.  She began to cry.

She said she was building a castle with the balls and there were two boys who kept knocking it down.  She said that she kept telling them to stop, and that she was “screaming at the top of her lungs” but they didn’t listen.  I became upset.  Why didn’t someone help her?  Who was supervising these children?  I told her that if that were to ever happen again, she had to tell one of the adults in the yellow shirts who worked there.  Then I told my husband that I will never leave my daughter there again.

I really felt as though I let my daughter down because I didn’t stand up for her.  I modeled for her the things that she could have said to the boys and I empathized with her feelings, but is that enough for a five-year-old?  I know I’m not supposed to fight her battles for her because my job is to prepare her to handle herself in these situations when I’m not around, but am I asking too much?  I honestly felt as though my fear of having my loose boundaries interfere with my ability to defend my own child was realized on this day.

I can only hope to learn from this experience.  I recognize that I need to be more assertive not only for myself, but more importantly, for the welfare of my children.  It’s okay to be assertive, right?  One can be both firm and respectful.  Who cares if I look like a crazy, overprotective mother, right?  At least I’ll be doing right by my kids.

Should parents get involved in their children’s altercations outside of the home?