Friday Question: How far do you live from where you were born? 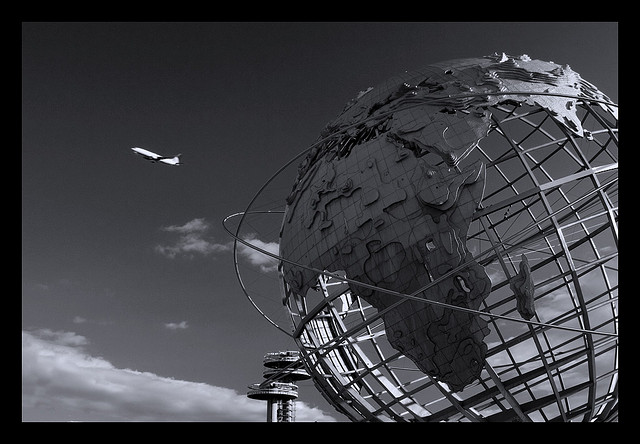 This week we asked our writers…

“How far do you live from where you were born?”

Maggie Ellison of South Carolina, USA writes:
“I was born in the southern part of the US, but was raised in the northern part, over 800 miles away. Now, I am back in the south and just 275 miles away from my birth place.”

Karyn Van Der Zwet of New Zealand writes:
“I’m such a nerd, I just checked on Google maps: 13.7 km!  Live in Napier, born in Hastings. I spent all of my years between 18 and 34 away from Hawkes Bay, but the lure of two sets of grandparents and long, hot summers was too much for us!”

Kyla P’an of Massachusetts, USA writes:
“I was born outside of Philadelphia, PA raised mostly in New England, lived overseas for a spell and now am living back in New England, 300 miles from my birthplace.”

Amy Hillis of Ohio, USA writes:
“I was born in Chicago and now reside just outside of Cincinnati, OH. It’s 365 miles to the house I grew up in, but who’s counting!”

FireCrystals of India writes:
“Interesting question. I was born and brought up in Kuwait. My home is in Kerala. And now I am in Bangalore. So I guess that makes me 3552 kilometers (2207 miles) away from my birthplace, and 366 kilometers (228 miles) from my home.

P.S. I found those distances from Google  :)”

Asta Burrows of Norway writes:
“I was born in Oslo, Norway, and after eight years in London I am now back in the same place. Well, I now live on the other side of town, so to answer the question; I live about 20 km from where I grew up!”

Dee Harlow of Mexico writes:
“I was born in Bangkok, Thailand, but grew up in the northeast of the United States. Now I live in Mexico which is over 8,500 miles from Bangkok.”

A. Roselyn of California, USA writes:
“What a great question!  My girls, husband, and I live 2,466 miles (3,969 km) from where I was born. Although we love San Francisco, we do miss seeing family on a regular basis. Thank goodness for Skype.”

Margie Bryant of Arkansas, USA writes:
“I live less than 30 miles from the hospital where I was born. As is seemingly common with most U.S. Southern women, I have visited other States but ended up returning to be near my Momma.”

Shaula Bellour of East Timor writes:
“I was born in California, grew up in Washington State and am now living in Dili, Timor-Leste, nearly 8,000 miles away.”

Courtney Cappallo of Massachusetts, USA writes:
“I was born in West Chester, Pennsylvania (United States) and grew up in a small town called Oxford, PA. My town was (still is) so small that we only had (still only have!) two traffic lights!

I now live in Massachusetts, on Cape Cod, which is in New England. I loved growing up in a small town and absolutely LOVE living at the beach now!”

Ok, well, forget the numbers please. I feel more at home here in Southern India. I have grown up entirely here and absolutely love my current home even though it is a few hundred miles away from where I grew up. When someone said, “Home is where the heart is,” they must have truly meant it.”

Kirsten Jessiman of Canada writes:
“I was born in Johannesburg, South Africa. I live in Toronto, Canada. So, pretty damned far!”

What about other moms out there…how far are you from your place of birth?

Visit us on Sunday to peek at next week’s “Travel Itinerary”.