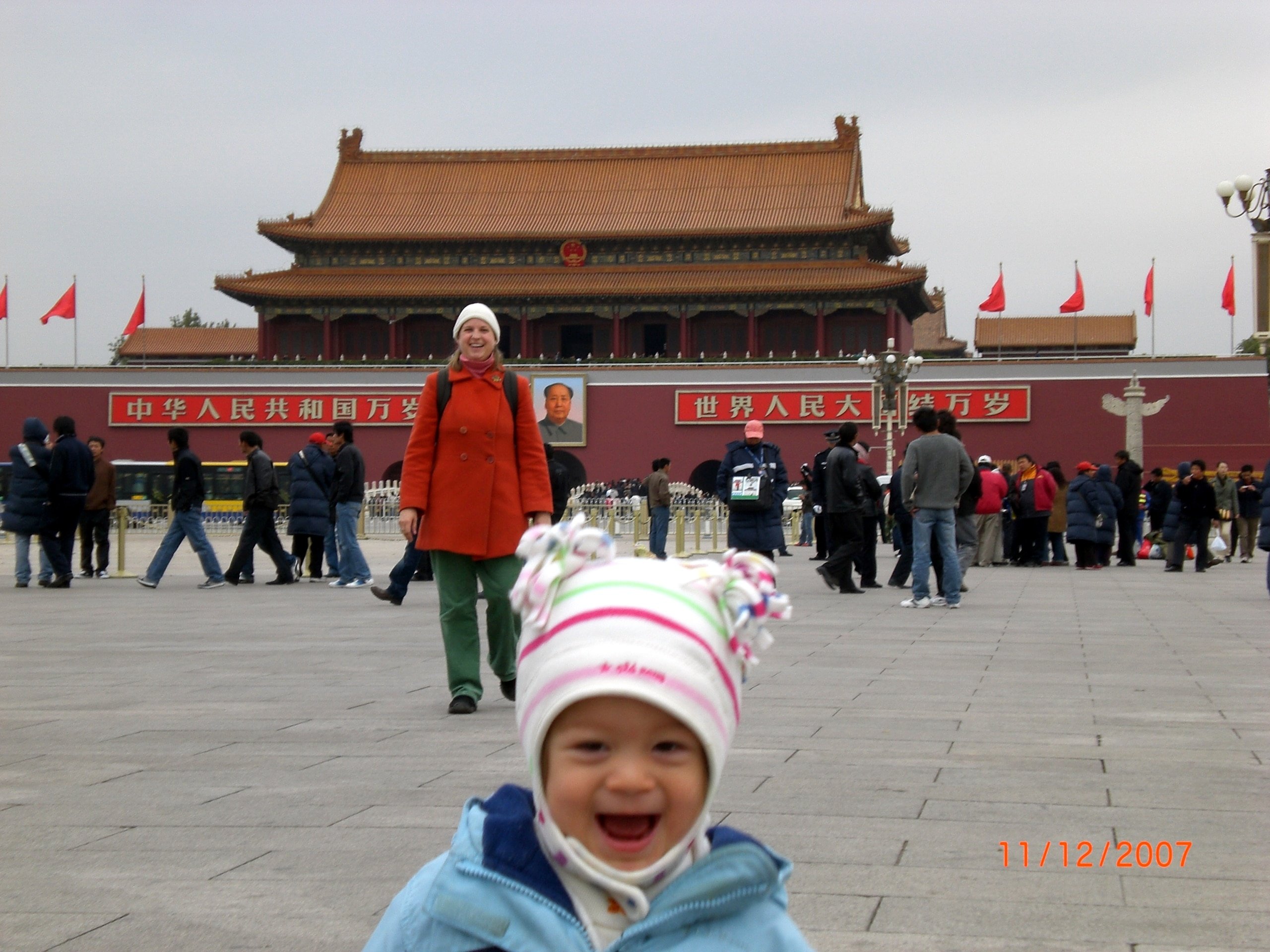 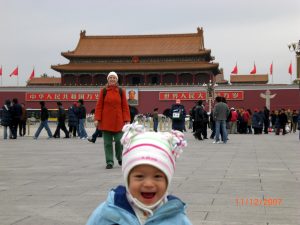 The author and her daughter on a trip to China

When I was 14, I went on my first international trip…alone.

I flew from Newark, NJ to Athens, Greece. When I landed, there was no one to meet me because the friend I was going to visit was on the Saronic island of Hydra, an hour away by ferry.

On my own and with no knowledge of Greek, I had to locate a taxi from the airport to the harbor, buy a ticket for the Flying Dolphin hyrdrofoil to the islands and then travel out to Hydra, where my friend and her family were waiting for me.

I remember being nervous but also confident that I was capable of handling this on my own. Indeed, I made it to Hydra, where I stayed for three weeks with my French friend, Galaad, and her cosmopolitan parents. It was the trip that launched my love of travel: the adventure, the nuance, the challenge and the excitement.

Now that I am a parent, I marvel at the incredible faith and independence my father  placed in me. As a parent in today’s world of heightened-security, helicopter-parenting and the Big-Brother atmosphere brought on by social media, I suspect the authorities would probably bring me in for questioning if I allotted my own 14 year old the same freedom.

Instead, many of today’s youth surf the web, connecting with “friends” in other parts of the world, learning about cultures through YouTube and becoming armchair tourists. No longer interacting face-to-face but rather screen-to-screen.

Gone are the days when global awareness required getting out into the world and exploring it. Nowadays, you can span the globe from the comfort of a desktop, laptop, iPad or even smartphone. The internet simultaneously has made our world smaller and created more distance between us.

My husband and I—like so many writers and readers of this blog—want to raise our children with our shared passion for travel and thirst to understand the world. When we met twelve years ago, the spark that ignited us was our extensive travel logs. We did not construct the foundation of our relationship with stones and mortar but rather with collapsible tent poles and a canvas covering; upholding our wishes to become nomadic.

We followed the paths we thought would lead us overseas. By this point, we were certain we’d be living abroad. But, life is funny, a constant series of schedule changes and delayed departures. We’ve taken myriad trips abroad but ten years in and we’re still firmly rooted in our native country with little prospect of moving overseas anytime soon.

So, rather than raising our kids internationally, we’ve shifted our focus to raise them with international outlooks instead. We understand that it is a round-trip ticket: we have to bring the world to them as well as bringing them out into the world.

Here in America, our agrarian school calendar provides more out-of-school-time than in it but the aggressive American corporate culture eliminates the ability of most working parents to take advantage of it.  School children get a full 180 days of vacation each year while their parents and guardians only get 10-15 vacation days.

Europe, on the other hand, provides most of its workers with a mandatory four to six weeks of vacation per year. Compound that with the proximity and ease of traveling to a variety of nearby countries and the product is multilingual, culturally assimilated kids. Yielding the same product here in the US takes work.

But, without traveling very far, we’ve found local ways to expand our childrens’ horizons. We do this through foreign language schools, international festivals, exposing them to eclectic cuisine and reading many, many books from a variety of different cultures. Through multimedia and sensory exposure, we’re trying to not just tell our kids about the world but to expose all of their senses to it as well.

We will continue to plan and look forward to the trips abroad we can all take together but in between, we will look for the small opportunities that exist around us, bringing the world to our kids by just stepping outside our front door as well.

How do you expose your child/ren to the world? What ways do you have of expanding their global horizons and sharing your world views with them?

This is an original post to World Moms Blog from our Senior Editor and mother of two, Kyla P’an.

The photograph used in this post is credited to the author’s husband.