INDONESIA: Go Outside and Play! 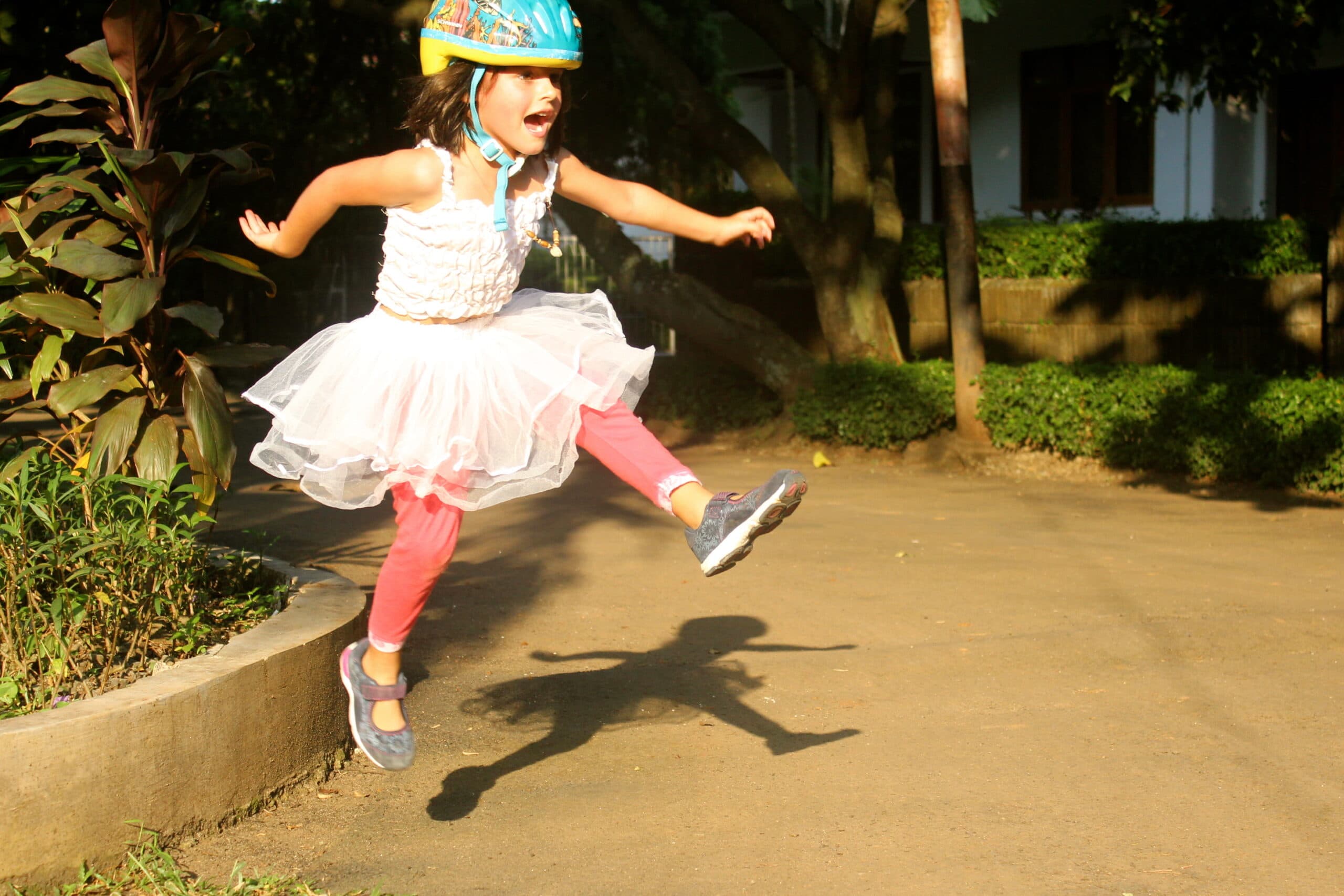 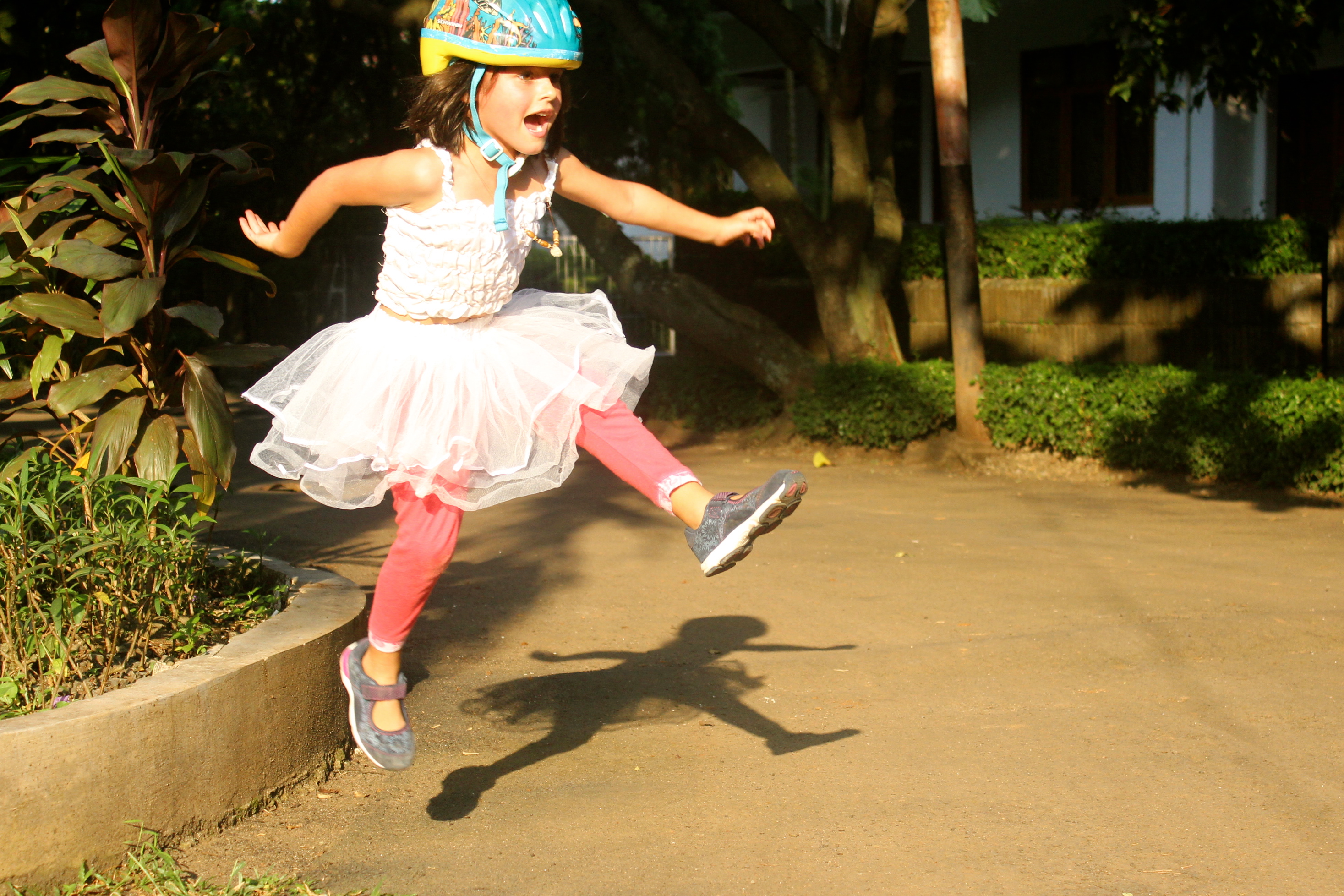 Every day, my 5-year old son asks if he can ride his bike. Rain or shine; straight off the school bus, and often way too early on weekend mornings. With the training wheels off and his helmet on, he’s ready to go.

Lucky for us, this is possible. We may live in a chaotic city of 10 million, but our quiet street is a welcome oasis – a dead end lane with just 10 houses and 20 other children to play with.  The older kids all attend different schools, but usually gather when they get home – riding bikes, swimming, playing at each other’s houses, exploring tropical backyards, and visiting the “farm” (a.k.a community garden) at the end of the road. It’s a pretty ideal set up for our family.

With its crumbling sidewalks, crazy traffic and lack of parks, Jakarta isn’t known for its public green spaces or outdoor culture. Although there are plenty of family-friendly activities here, a lot of kids spend much of their free time indoors  – in cars, malls and air-conditioned play areas.  I don’t know of any public playgrounds or parks near where we live, which makes us even more grateful to have safe outdoor spaces at home.

The many benefits of outdoor play are well-documented, contributing to physical and cognitive development, emotional and social well-being, creativity and imagination, a sense of community, and awareness of the natural environment. The negative health impacts of a more passive and inactive indoor lifestyle are also well-known.

Anecdotally, most parents of my generation believe that their kids play outside less than they did (and significantly less than their own parents did). Studies on childhood play support the assertion that children today likely spend less time playing outdoors than any previous generation.

Unstructured outdoor play was a huge part of my own childhood.  Growing up in the semi-rural suburbs of Seattle, we had a lot of outdoor independence as children. Long summer days meant freedom to play. Our posse of kids would roam the neighborhood riding bikes, catching frogs, building tree forts, playing in the woods, and generally getting dirty. We spent most of the day outside and were trusted to follow the rules and not stray too far before the inevitable dinner calls drew us home one by one.

These days things are very different. In many cases this is due to heightened focus on child safety, changes in lifestyle and living patterns, diminishing space for children, the role of new technologies, etc. Not only do many children spend less time playing outside, but play in general has become increasingly structured with far less time for free, self-directed activities.

Even though our kids are lucky to play outdoors, their freedom is still limited, even if they don’t realize it yet.  There is always someone keeping an eye on them (more often 10 pairs of eyes when the kids are out on the street) and their world is definitely more structured and more supervised than my own experience. Yet, play is still at the center.

When I think about what I miss most about living here, it’s always outdoor spaces that come to mind…easily accessible parks, trails, beaches. Although I can’t change our environment, I can promote play within the parameters of our life here – whether that means prioritizing free time over scheduled activities, or simply being more patient with the currently relocated couch cushions (err, pirate ship) on the back patio.

I think I’ll start with a bike ride.

Where do children play where you live? How is outdoor play different from when you were growing up?

This is an original post to World Moms Blog by Shaula Bellour in Indonesia. Shaula can occasionally be found on her blog, Notes From a Small World.