Saturday Sidebar: Kissing a boo-boo in your country/family. 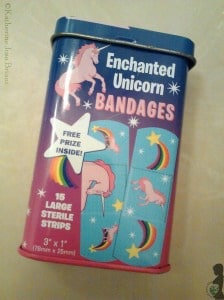 “How do you “kiss a boo-boo” in your country/ family?” 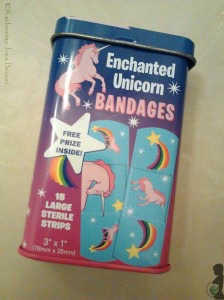 ALadyInFrance of France writes:
“In France we rub the affected area and say ‘aye-aye’.”

Carol @ If By Yes of British Columbia, Canada writes:
“We kiss things better, but my husband’s grandmother from Wisconsin rubs things better instead. ‘C’mere and let me rub it’ was a constant refrain when we stayed with her.”

Eva Fannon of Washington State, USA writes:
“I give them a big bear hug and kiss, and then gently rub the affected area and say “Sana, sana, colita de rana, si no sanas hoy, sanarás mañana”. That was what my mom always did for my brothers and I. It literally translates to “Heal, heal, little tail of the frog, if you don’t heal today, you’ll heal tomorrow.””

Hamakkomommy of Japan writes:
“In Japan, they put a hand over the ouchie and say “Itai no itai no, tonde ike!” Which means something like “Pain, pain, go away.” One version of this lets you command the pain to go to other people. Dad is the usual victim.”

Karyn Van Der Zwet of New Zealand writes:
“We do both of those things. We don’t tend to call them boo-boos though, in our house we call them ‘ouches’ (as calling them boo-boos is way too close to the word boobs, which sends our older boys into fits of hysterical giggling). I also use Boring Cuddles, which is a strategy which helps them to process the situation fully at a neurological level. (I know, nerd alert.)”

Kirsten Doyle of Ontario, Canada writes:
“We put a Band-Aid on (even if it’s not needed – kind of a symbolic thing), and we seal the Band-Aid with a “magic kiss”.”

MamaMzunga of Kenya writes:
“My swahili tutor saw me kissing my son, Caleb’s hand after he hurt it and was taken aback. Not only that it worked that well, but that a kiss did it. Here, they slap whatever hurt the child (e.g. the corner of a table) and say “mbaya” (bad!) to the inanimate object. It works just as magically as a kiss does.”

Mamma Simona of South Africa writes:
“Oh, those magical days when you could just kiss the ouchies away or just “punish” the offending inanimate object!! Cherish them Mamas, they go past way too soon! That said, I still use “Boring Cuddles” from time to time, and they do still work, even though my kids would probably vehemently deny it!”

Purnima of India writes:
“We used to kiss boo-boos away and it worked until our son was maybe 3 or 4 years old. Nowadays, he asks, do you think we need to take an x-ray to check if there is a fracture? Ha ha, he is growing up..!! ”

AnaGaby@StumbleAbroad of Indonesia writes:
“In Mexico you sing a song while rubbing the ouchie. It goes something like heal, heal, tail of a frog, if it doesn’t heal today, it will heal tomorrow… (!) a bit odd but my boys love the song. In Indonesia the custom is to blow on it so I do both. Crying babies turn into giggling monsters in no time!”

What about you… How do you handle boo-boos in your country?

This week’s SSQ was compiled and edited by World Mom Purnima of India.