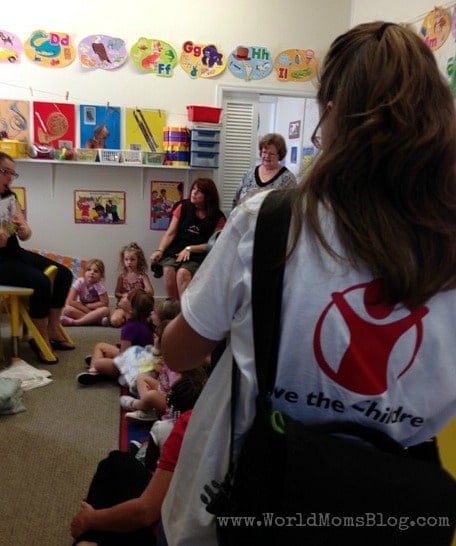 Parents: Get Ready, Get Safe with Save the Children 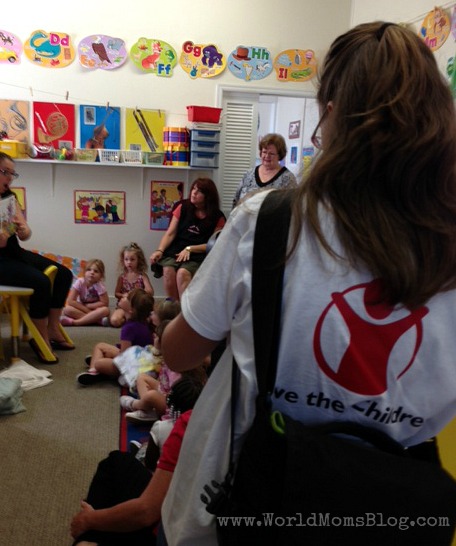 Did you know that it was 6 months after Hurricane Katrina until the last child was reunited with her parents in Louisiana?  SIX months.  Did you also know that just after the fatal shootings at Sandy Hook Elementary in Connecticut a mother was sent to three different locations where she was told her child may be until she found out that she had lost her child in the shootings? And that there are more pet reunification programs set in place than for human children?

According to Kathy Spangler, Vice President in charge of US Programs at Save the Children, this is unacceptable.  She stated that many schools or child care facilities in the United States still do not have a reunification plan in place in the case of disaster. 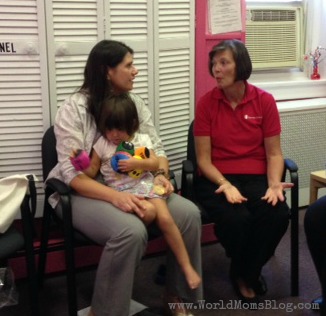 Jennifer Burden of World Moms Blog and her 2-year old daughter sit down with Kathy Spangler, VP of US Operations at Save the Children, at St. Anne’s Child Care Center in Keansburg, NJ, marking 10 months after Hurricane Sandy affected the area.

Yesterday, I had the opportunity to sit down with Kathy Spangler in Keansburg, just a few towns over from where I live in New Jersey, USA. The town of Keansburg was hit hard by Hurricane Sandy last October. The storm overall was responsible for over 50 billion USD worth of damage including 650,000 homes and hundreds of child care centers and schools. In town we viewed the finished post-storm repairs needed by a local day care, St. Ann’s, which were made possible by Save the Children.

Judy Abrahamsen, the Director of St. Ann’s Child Care Center explained that the playground had been covered with sludge from the flood waters, and the ceiling had a major leak.

When asked, she responded that the major obstacle in finding aid for the day care’s repairs, initially, was finding the time to pinpoint the grants and take the time to fill out the many forms while still running the business.  Save the Children came to the rescue. And Kathy Spangler explained that running a day care is a labor of love, and those in the business are not in it for the windfall money, but because they love working with children. These businesses often don’t have the reserves on hand when natural disaster occurs, yet we need safe spaces for children, especially in times of disaster.

Within 24 hours after Sandy hit, Save the Children had over 130 people on the ground. The journey back to NJ this week was momentous, as they just launched their annual National Report Card in Protecting Children in Disaster, and New Jersey was one of four states to take action and meet the minimum emergency planning standards for children in times of disaster for the first time.

“Save the Children’s disaster report card tracks progress on four critical standards: that states require all child care centers to have 1) an evacuation plan, 2) a family reunification plan, and 3) a plan for children with special needs, and 4) that states require all schools to have disaster plans that account for multiple types of hazards.” However, 28 US states and the District of Columbia fall short.

“Back to school week in New Jersey is a reminder that we must do more to protect the nation’s 68 million children who are separated from their parents on any given weekday.”

Also, on this date, Save the Children launched a new preparedness initiative called “Get Ready, Get Safe” to help families and communities protect children at times of disaster.

On their site parents in the United States can send an electronic letter urging their governor to take action, make a donation and/or sign up to receive action alerts to stay informed. Spangler also encourages parents to stay informed and ask their children’s schools about reunification plans. Whether you are reading this from Newark, NJ or Naples, Italy, we can all kick off child advocacy by asking the simple question: “What is the reunification plan for my child?”

See the full report and take action at www.savethechildren.org/GetReady.

What do you say, parents? Will you find out if your child’s school has a plan set in place?

This is an original post to World Moms Blog by Founder, Jennifer Burden of New Jersey, USA.  Please look out for more on this trip by following Jennifer on twitter @JenniferBurden.