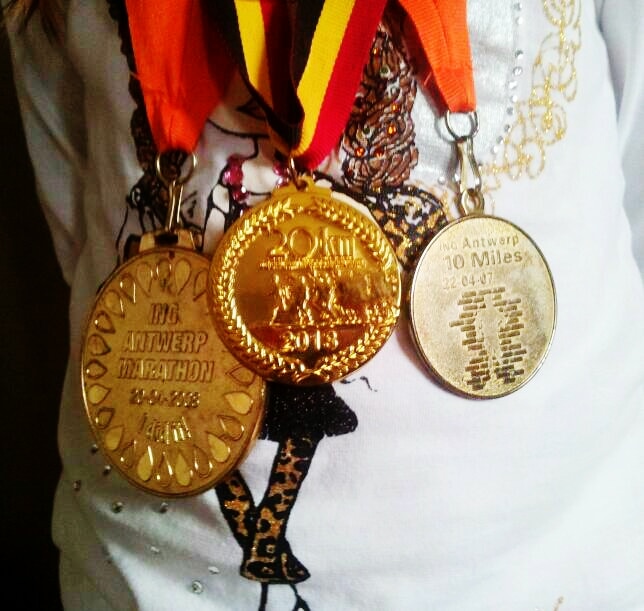 BELGIUM: The Importance of Being First 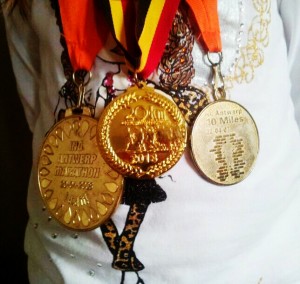 There is no denying that my eldest child is competitive.

The kind which makes for a future Olympic-Gold-Medal winner – competitive.

She needs to be first. Perhaps it has something to do with the fact that she is the oldest, but I suspect it is just part of her genetic make up.

Her father has the same drive to always do better than the rest, to drive himself towards new goals, to be better, faster, to force his body into running a marathon and to try to improve his time again and again and again. And he is willing to suffer for it, to endure muscle cramps, to run until his energy levels have been completely depleted and he is more dead than alive.

I’m not like that, neither is n°2. We are happily just pottering about, going about our business and we will get there in the end. So what if it takes us hours, weeks or months. So what if we don’t finish first. We ran, didn’t we? We did our part. Besides I do not like discomfort, mentally or physically.

Like so many characteristics, my daughter’s competitiveness is a two sided sword.
It is what drove her to learn how to ride a bike without training wheels in just two days, simply because a boy in her class could do it and if that boy could do it then there was no reason why she shouldn’t be able to as well.

It got her out of diapers so quickly simply because her friend was also potty training and she wanted to be first.

But there is a downside as well. Being only four, she aims to be first in just about everything she does. And I really do mean e-ve-ry-thing . Whether it is rolling in the dust, dressing herself, putting olives on a pizza, eating said pizza, learning how to count to 20, spelling out her own name AND that of mommy, to her it is a competition. She will try to ‘win’ at it, do a victory dance when she ‘wins’ and be inconsolable when she doesn’t.

There have been many conversations about how winning is nice but not so important that you need to bawl your eyes out when some other kid takes the prize and that she cannot always be first. That is OK not to always win, not to be top in everything and that there are some things, that I’m sorry my dear darling, you will not be able to do.

This – I have to admit – will be a though lesson for her to learn. And she will have to learn it, otherwise she’ll be a pill-popping, nervous wreck by the time she is 16.
And she will have to find a way to turn that competitiveness into something positive.

But there is the glitch in the whole affair. How will she learn?

Through experience? Will it just click one day? Will she simply just realize that she is not musical (she has inherited my signing voice, which sounds like a chorus of warthogs high on helium), that she cannot really jump that high. Will she be sad, will she cry, will she regret it her whole life or… will she just simply accept. Accept that yes, she sucks at music, dancing, mathematics, but hey, she has a knack for drawing awesome portraits and makes a killer brownie, so what the heck …

How did you or your child come to terms with the fact that there is something that you or s/he just is not good at?

This is an original post to World Moms Blog from our mother of two in Belgium, Tantrums and Tomatoes.