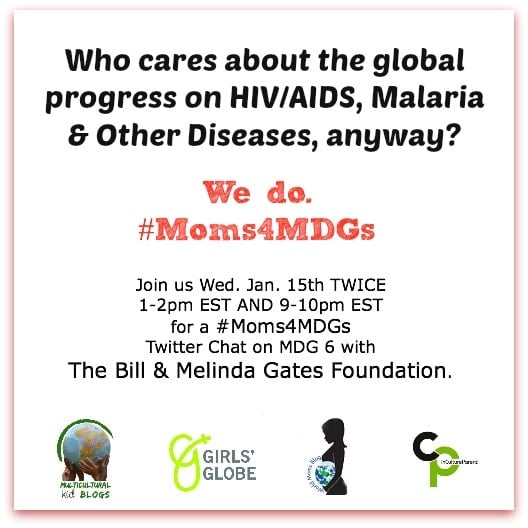 The goals of MDG #6 are to combat HIV/AIDS, Malaria, and Other Diseases. This month we are thrilled to continue our #Moms4MDG campaign  by joining forces with The Bill & Melinda Gates Foundation to take on the topic of preventable infectious diseases. 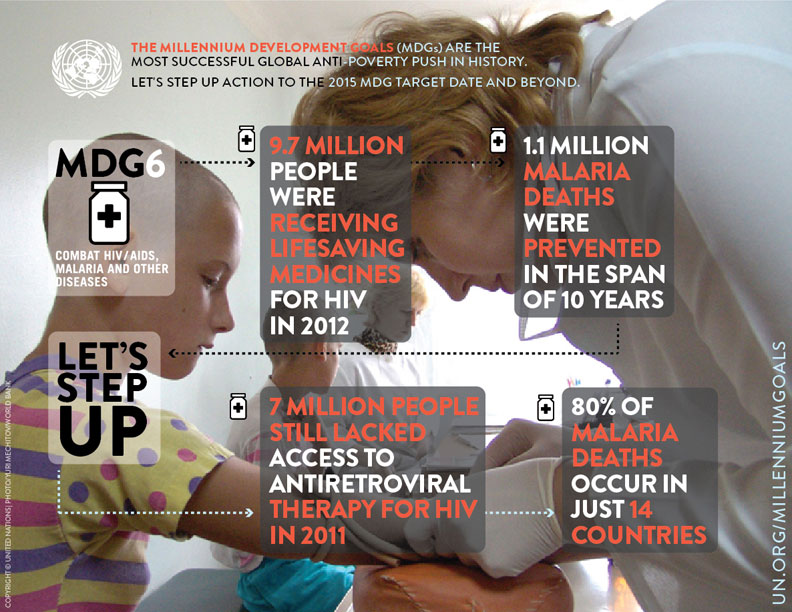 The goals of Millennium Development Goal # 6 are:

Guided by the belief that every life has equal value, the Bill & Melinda Gates Foundation works to help all people lead healthy, productive lives. In developing countries, it focuses on improving people’s health and giving them the chance to lift themselves out of hunger and extreme poverty. In the United States, it seeks to ensure that all people—especially those with the fewest resources—have access to the opportunities they need to succeed in school and life.-www.gatesfoundation.org

We will be co-hosting two #Moms4MDGs Twitter Parties with The Gates Foundation, Multicultural Kid Blogs, InCulture Parent and Girls Globe tomorrow, January 15th at 1-2pm EST and 9-10pm EST, so please join us! 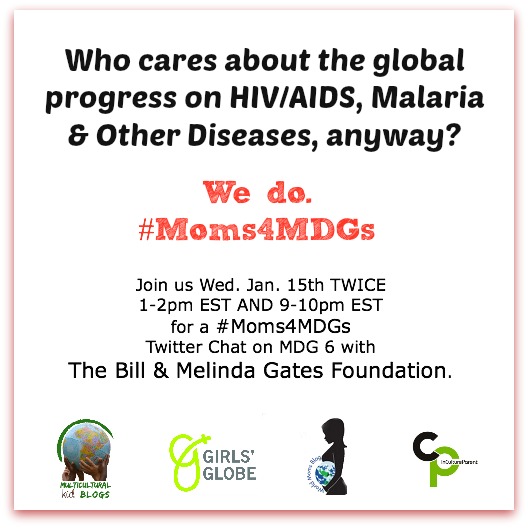 A big THANK YOU, to three amazing sites, Multicultural Kid Blogs, InCulture Parent and Girls Globe for joining us in the rally towards the UN’s Development Goals this month with The Bill and Melinda Gates Foundation!