UNITED ARAB EMIRATES: Feminism Matters Because…There Are Too Many Reasons To List 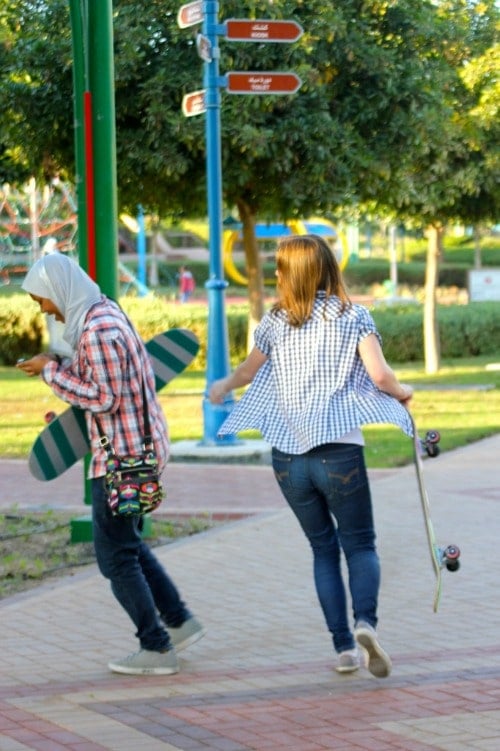 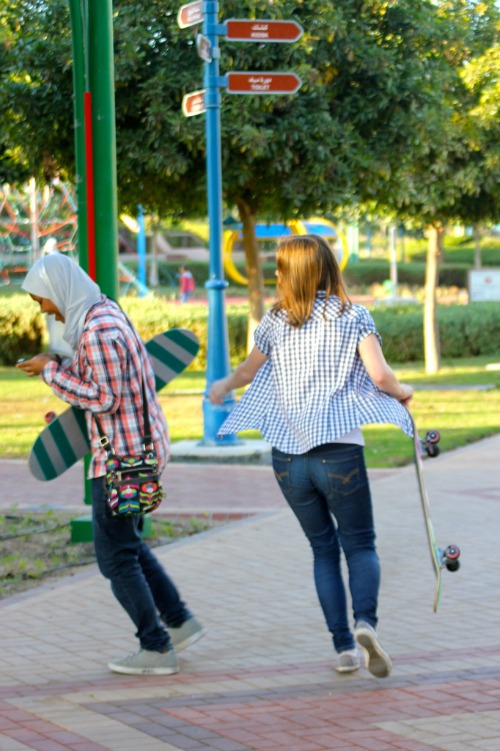 In March, I wrote a post in honor of Gloria Steinem’s birthday, in which I mentioned that when Steinem spoke at my college graduation way back in the 1980s, my friends and I had wished for a speaker who was more “relevant.”  In our innocence, we believed that Steinem had won her fight; we were graduating from a women’s college and thought that fight for gender equality had been more or less won.

More than two decades later, I wish I could say that Steinem was irrelevant and that gender inequality is something we only read about in the history books.

When I wrote that post about Steinem, I was thinking about the Common Core curriculum, which relegates women’s contributions to history to the sidelines.  Now, of course, we are all confronted with the horror that’s unfolding in Nigeria, and while the plight of those schoolgirls devastates me, it has become, in my mind, another instance in a long list of the ways in which groups (comprised mostly of men) attempt to score political points by seizing control of women’s lives.  As an example, think about the Tea Party conservatives in the US, who prove their conservative bona fides in the United States by voting against support for Planned Parenthood, or Head Start, or universal kindergarten, or…

What is so scary about educating a girl? In the middle ages, accusations of witchcraft were often leveled against women who had amassed too much wealth or land, or who in some way differed from those around them.  We teach our children that things like the Salem witch trials happened because “people didn’t know better” or because of “mass hysteria” but sometimes I wonder how far we have progressed since those days.  What happens to women who challenge the status quo–or who have the potential to challenge the status quo?  Don’t they still run the risk of being punished, whether literally or figuratively?

It’s funny to me now, but when I first moved to Abu Dhabi the two most obvious indications that we’d left Manhattan behind—besides the searing heat—were the adhan and the abaya-clad women: religion and covered bodies. I found the abayas more unsettling than the call to prayer, even as I sometimes envied the women their public invisibility.  The longer we live here, however, my perceptions have changed so that I no longer see hijab as an automatic symbol of oppression or subjugation or second-class citizenry.

I would imagine, however, that as women here, we’ve all had moments where we’ve felt marginalized, silenced, lesser: the day I trotted down the sidewalk to get in a waiting cab and the cab driver chastised me by saying “women should not run, madam, I will wait, and you should walk.” Or when a guard at the border crossing into Oman looked over at the passenger seat where I was sitting (in long trousers) with one foot propped on the dashboard and told me “to put my foot down, sit like a lady, more properly, sit properly.” When that happened my first impulse was to laugh: surely he couldn’t be serious? But, of course, he was serious. I put both feet on the floor and looked at the map so that I didn’t toss out a few well-chosen swear words.  (A general rule regardless of where you are: don’t swear at anyone, male or female, who is wearing a uniform at a border crossing.)

So yes, in that instance, I was silenced as I suppose I was by the cab driver too, who took it upon himself to offer some unsolicited advice. And yes, there is now a slight internal pause before I leave the house as I run through a kind of inner checklist about what I’m wearing: if short sleeves, a long skirt or pants, or vice versa (long sleeves, shorter skirt or shorts); do I have a shawl (equally for frigid air conditioning and bare shoulders); if I’m going to the beach, I make sure that my beach cover-up is more than a ratty t-shirt. There are days where I know I’ve failed the checklist and am too busy or late to care, but overall, I dress more modestly now than I used to and probably that’s not a bad idea: no one needs to see a fifty-year-old woman slopping down the street in cut-off shorts and a tank top.

Am I being repressed, or respectful?  Does my feminism mean that I yell at the cabbie, keep my foot defiantly on the dashboard, saunter down the street in a halter top and tight jeans? Or, alternatively, does feminist politics remind us that silencing and the policing of women’s bodies happens—sadly—in almost every culture in the world, including the US?  Without making light of the specifics of being female in this region, I’ve come to think of the issues facing women in this part of the world as being differences in degree, not kind, from the problems facing women in other parts of the world.

What do we, as women, do to help other women and girls find their voices–find our own?  How do we create strength to silence those who would silence us?