TEXAS, USA: The Attitude of Gratitude 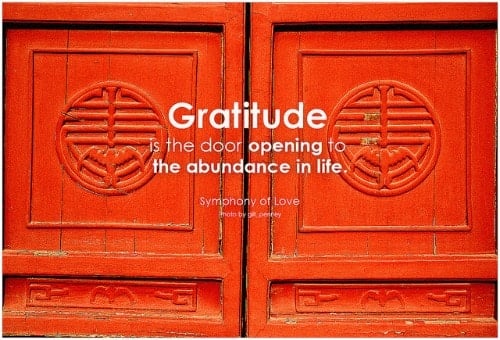 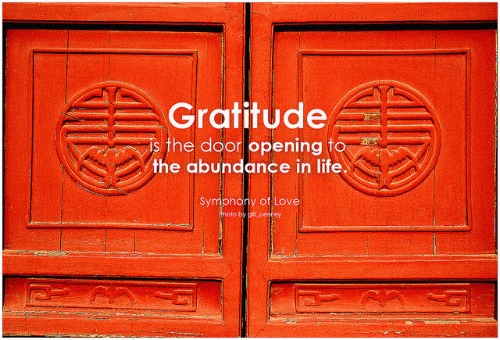 We have heard the word “gratitude” many times in our daily language.  Some people have devoted blogs to it and others have a gratitude journal which they may write in daily.  But how often do we actually take the time to really think about what gratitude means?  How often do our own children understand the concept of gratitude? According to Dictionary.com, Gratitude is “the quality or feeling of being thankful or grateful”.

My son (now 8 years old) was notorious for always asking for the latest Lego set he wanted or some other trinket whenever we went to the store. My daughter soon caught on to all of the “loot” around her and jumped on the same band wagon as her brother.  When we moved back from Nigeria , in the absence of my much adored nanny and housekeeper, I made a chore chart for each of them to follow.  I was desperate for as much help as I could get even if it was my then four year old sweeping up after dinners.

I gave each of them money for each chore they completed and checked off on the chart.  My son began to realize that he had money which he had earned and could then use it to spend on things he wanted without having to ask me for things all the time.  Even though my daughter was young at the time we started this allowance system, she started to understand that the little round pieces of metal she was earning each week could be used to buy things she would like to have.

I noticed that my son’s pleas of me buying things for him started to diminish and that he was even thinking about how he could use his money.  He started to realize how many weeks he would have to save his allowance to buy the toys he wanted.  Once my daughter saw how he was keeping track of his money each week, she began to realize that as she did her work she was also earning more and more.

We have done the allowance chart for two years now.  They are not getting paid for things they should do anyway, like take their plates to the sink, or clean up their rooms.  They do get paid to bring the trash cans in, sweep and clear the table after dinner, make beds, and feed our fish.

I have seen the pride my son and daughter have when they purchase something they have been saving up for. Those items are more treasured to them than many things which have simply been given to them.  Even though they don’t quite understand it yet, they are starting to learn the concept of gratitude for working hard.

That is not to say that when they receive gifts for birthdays and holidays, they don’t appreciate that as well.  I do believe in writing thank you notes …to everyone.  I started my son writing notes by writing the note myself and having him just scribble something on the card after his first birthday.  The notes evolved into pictures and finally he can write notes on his own.  The same goes for my daughter.

Don’t get me wrong, they are not both jumping up and down to write a whole bunch of thank you’s after their birthdays, and sometimes I wonder why I am putting myself through the agony of listening to them whine about why they have to write them.  But, then I remember my own mother making me sit down and write a note to everyone who took the time to give me a gift and not liking it at the time.

I now realize that part of being grateful is also acknowledging that another person took the time to think of me and that is truly special.  Taking the time for another human being is truly a special gift which is too often taken for granted, and I am truly grateful to my mother for teaching that to me. And in turn, I am teaching that to my own children.

According to Parents.com in an article entitled “Teaching children to be grateful” by Charlotte Latvala,

A 2003 study at the University of California at Davis showed that grateful people report higher levels of happiness and optimism — along with lower levels of depression and stress. The catch? “No one is born grateful,” says life coach Mary Jane Ryan, author of Attitudes of Gratitude (Conari, 1999). “Recognizing that someone has gone out of the way for you is not a natural behavior for children — it’s learned.”

It is so crucial for us as parents to instill this very important, but so many times taken for granted, part of everyday life.  Each night at dinner, we talk about what the best part of our day was.  Even if it was a lousy day, we have to each think of  at least one thing we are thankful for that day.

Gratitude is not something which can be taught in one lesson or one day.  It is a concept taught over many years of  “no’s” to constant asking of “will you buy me this?”, tears over writing thank you cards, and reminders to say “Thank you”. But, my hope is that when my children are older and on their own, they will learn to look for the things they should be grateful for in their lives because we all know that life isn’t always easy.

There are already so many negative things thrown our way each and every day.  But, if we can teach our children to have gratitude for all the wonderful things they are blessed with (no matter how small), we will know that they will always have happiness in their lives.  And I am pretty sure that happiness is pretty high up on a parent’s list for what every parent truly wants for their children.

How do you teach the concept of gratitude to your children?

This is an original post by Meredith to World Mom’s Blog.  You can check out Meredith’s life as an expat in Nigeria and her transition back on her blog www.wefoundhappiness.blogspot.com/