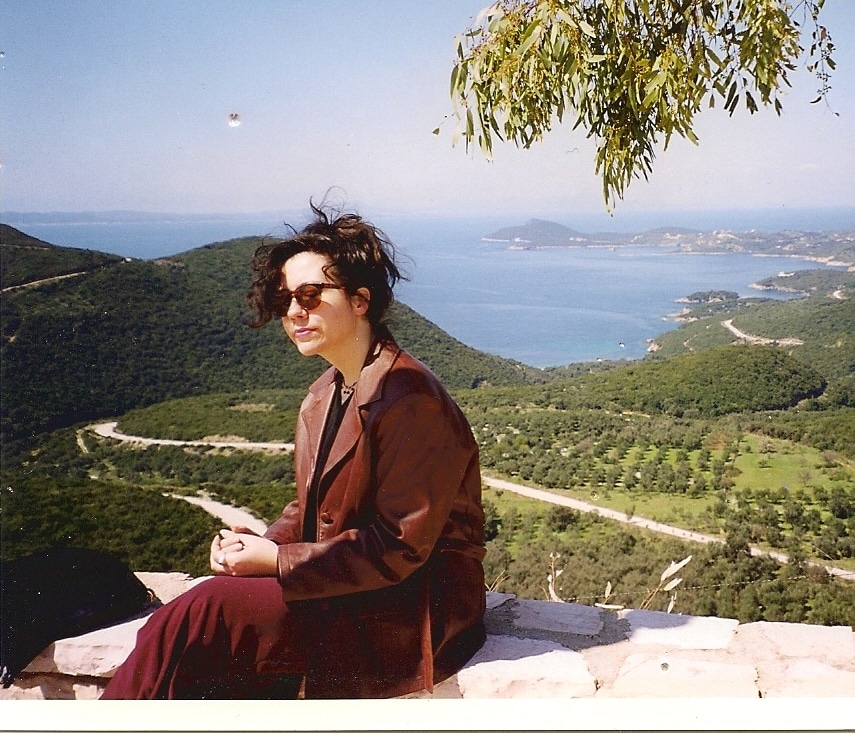 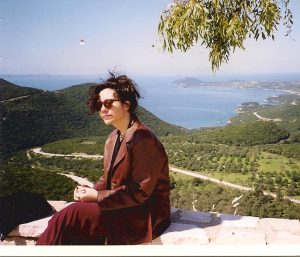 Well, this may be the most difficult question to answer!

I’ve lived for the last twenty years in the northwestern mainland area of beautiful Greece. By birth I’m British as were my parents and grandparents, although I’ve had dual nationality – British/Greek – for about a decade. I was born in England but my family relocated to Australia when I was about 3 years old and so I started my primary education in Sydney. Due to family problems, we left Sydney when I was about 8 and returned to the UK where I was based until I finished my A levels. I decided to go to Berlin, Germany to do my gap year before starting my degree course. I was so intrigued by the culture, language and endless opportunities in Berlin that I extended my “gap year” to THREE gap years before finally starting my degree course in the UK! Once I’d gained my BA (Hons) qualification I immediately came to Greece on a teaching contract and have lived here ever since!
So, to cut a long story short, let’s say I’m a Brit by birth, Aussie by nature with a sprinkling of Greek/German regarding my greedy appetite for tasty food and chilled beer!!!

My native language is of course English and I have a high level of modern Greek and German. Until I was in my 20’s my French was passable but I honestly think that Brits shouldn’t try to speak this flowing and poetic tongue unless they REALLY make an effort to get the accent RIGHT! I haven’t been to France since my 20’s so, alas, I’ve probably forgotten most of what I knew.

I first became a mother in my early 30’s which is relatively late for Greek standards although fairly normal for British women.

The idea of not working on a permanent basis absolutely TERRIFIES me! I’ve worked on both a volunteer and professional basis since I was 15 and if I have periods of a month or more when I stay at home it ends up in a bout of depression. Always. Short holidays are pleasant but not for extended periods of time. That’s why I continued teaching right up to the birth of both my boys and continued to work from home (doing private tuition) while I breastfed them. I love teaching and being with teens gives me both pleasure and lots of positive energy. I’m addicted to it and believe that staying home and being a full time mother is MUCH harder and challenging than working outside the home!

Why do you write?

I learnt to read and write before I went to school as I was one of those tiring kids who could never sit still. Books and words fascinated me and when I was 5 I made a small folder with VERY short stories and plays! No piece was more than 50 or 60 words but I thought I was a Genius! I used to force my brother and friends to act out the scenes and dialogues I wrote, fantasising about how much smarter than them I was!!! What an obnoxious and bossy child I was!

The death of my mother from cancer when I was six and a half certainly knocked me down to earth and cured me of my bossiness, though. I hardly spoke at school and almost never at home for about 2 years after that so writing became my main form of communication with the outside world. Books and words got me through those terrible years. Writing was my escape from cruel reality.

In my adult life, writing is my main means of socialising as I live in a fairly isolated region of mainland Greece. I have 3 herniated spinal discs which means I have to limit the amount of driving I do. I don’t have the luxury of just popping over to a friend’s house for a coffee as it entails at least an hours’ drive.Too painful for me! So, writing saves me as I can express myself on a practical, emotional and creative level! I’m working on a children’s book at the moment, too, so my creative side is being constantly fed! Basically, writing keeps me sane!

Every mother has her own stamp or parenting style. When I was pregnant I used to really worry about how I would interact with my child. Every mother wonders about that of course but remember, my own mother had passed away when I was six. I didn’t have a role model or a standard to follow. My father didn’t remarry and he worked full time so it was up to me to look after my brother, cook, clean and of course get good grades at school! So, in a way I was a mother to my younger brother from a VERY early age. I went from being a brat and know-it-all to a mini-momma by the age of 8. I didn’t really have a typical childhood at all!
This is what makes me unique as a mother. I am very wary of over pushing my 13 and 14 year old sons in a very competitive culture. I’m hyper-aware of their emotional state and they can REALLY talk to me about most of the things that bother them. I believe the way I had to grow up has made me more empathetic and sensitive than most European mothers are.

In my house a major challenge is to encourage our boys to be open-minded and embrace people of other cultures, religions and world views. Most Greeks tend to be pretty narrow minded towards anything or anybody non-Greek! From primary school level especially, there is a very negative attitude towards children from certain countries such as Albania and Bulgaria. My blood really boils when my boys come home and repeat racist comments they have heard at school!

Despite such easy internet access nowadays to a plethora of global information, many parents and teachers in Greece are ignorant of other cultures, education systems and religious views. In an attempt to combat this, we hope that by using reason and examples of our personal friends from these cultures, we can get our boys to see that these stereotypical accusations are ridiculous. One of the most trustworthy employees we’ve ever had was from Albania and one of my closest female friends looks like a model, has the heart of Mother Theresa and is a Mathematics Professor at University level. She’s also Albanian!

So by our own personal interaction and logical arguments, our children see for themselves the opposite of what they sometimes hear and experience at school.

We have also told our boys about experiences I had when I first came to Greece and they feel shocked when they see how it is when someone they love is at the receiving end of an unjust system.

I’ve encountered many problems over the years both social and legal. We talk to our children about all these past experiences and encourage them to put themselves in other peoples shoes before acting. Also, the family saying is ALWAYS be fair and just. We try to teach our boys that if we  treat others as we would like to be treated, then the world would improve dramatically!

I was introduced to the blog by a very dear friend and writer/blogger, Heather Kelly. She has known me for some years and suggested that I might enjoy reading about motherhood all over the globe! Cheers Heather!

Thanks for inviting me to this super blog! My childhood trait of talking about myself has obviously never been subdued!

Take care wherever you may be!