WORLD VOICE: #Airlift2014 to Nicaragua with @AmeriCares: Part I 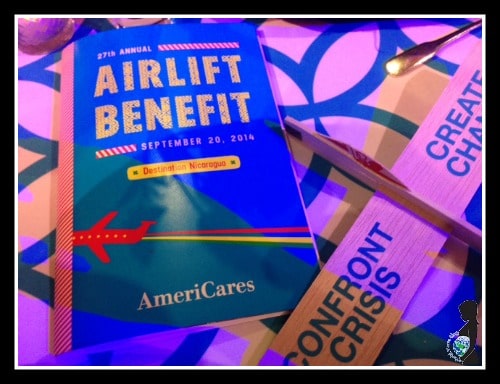 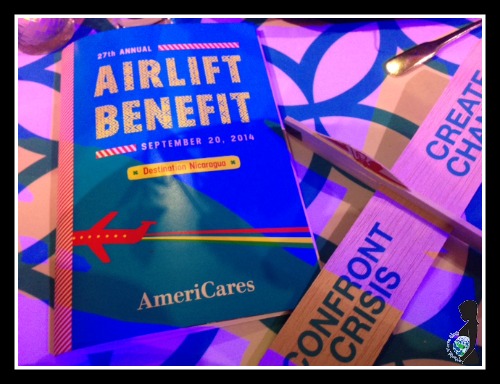 What would it be like to see the impact that our donations make in places around the world that need it most? And what would it be like to be able to do that with your partner?  I don’t travel as much as I would love to because although longer-term trips can be amazing, I find it difficult to leave my kids for more than a few days at a time. I’ve given that a whirl before. But recently, a really unique opportunity called the “AmeriCares Airlift 2014” presented itself. The event took my husband and I to Nicaragua for a 24 hour social good trip. Yep, only 24 hours! The experience was all due to the generosity of my husband’s employer, Cognizant, who has financially supported the global health work of AmeriCares for years.

The event began at Westchester Airport in New York on September 20th. I checked in wearing heels and went through a security check for the plane that was donated to the event by Sun Country airlines. By the way, did I mention, we were also celebrating our wedding anniversary on the trip?

One hundred of the 850 gala guests would be boarding the plane at the end of the night to Nicaragua, and those 100 were given flashing bracelets at check-in.

The casual airport hangar had been magically turned into a fancy gala. We sat with the Cognizant table, where I got to meet some of my husband’s coworkers, who were excited to tell us about AmeriCares Airlifts of years past and what to expect. We were excited, and yet, nervous, too!

The event included Nicaraguan music, and afterwards we set our attention on this very video about AmeriCares relief efforts in the Philippines after typhoon Haiyan. Emotions were flying. It was engagement with people like Jen in the video below that led to the Airlift Benefit raising over $2 million dollars for everyday global health issues and relief efforts!:

Jen’s story was heartfelt and amazing, and she was even in attendance at the event from the Philippines!  Authors, Nicholas Kristof and Sheryl WuDunn, spoke next at the event about their latest book, “A Path Appears.” They noted that the same part of the brain that enjoys sex and chocolate is the same part of the brain that makes us want to give. So interesting, right? I was excited to hear from the duo because I had read and cherished “Half the Sky”, the book about human trafficking that they coauthored, which helped further motivate my activism for women and children worldwide. 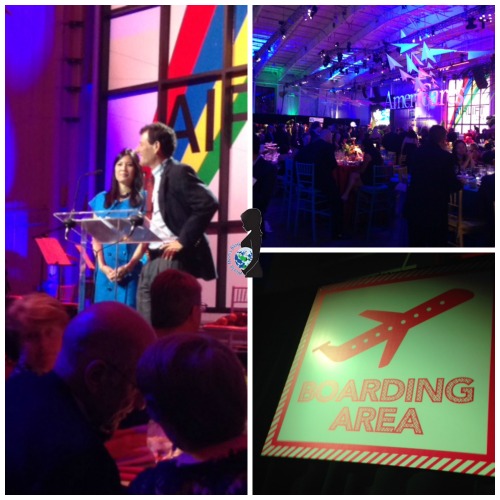 In fact, just this past week, I got to meet Nicholas Kristof at the AYA Summit in Washington, DC. I explained that I had heard him speak last month at #Airlift2014, and he was genuinely excited to hear how the 24 hour trip to Nicaragua was. Kristof said he always wondered what that trip would be like. I told him that he should join them on the flight next time!! Could you imagine being on a social good trip with Nick Kristof??? My fingers would be crossed to be in his group, so I could hear his questions to the people we met along the way!

We also heard from long-time AmeriCares supporter and actor, Tony Goldwyn, who plays the President on Scandal. Tony became the first celebrity spokesperson for Americares. And Erica Hill of NBC MCd the event. Time flew by before they announced that it was time to board the flight.  Steve and I quickly headed to the makeshift airport hangar changing rooms to change into clothes for the flight. It was go-time!

We were divided into 4 color-coded groups. my husband and I were in the blue group.  Our group indicated what bus we were to ride once in Nicaragua and what places we’d be visiting. Each bus visited 3 health facilities.  Because there were 4 buses, we all didn’t visit the same ones.  The flight went quick because I knew we wouldn’t be getting very much sleep, so I tried to keep my eyes closed the entire time. If I wasn’t sleeping, I’d at least be relaxing to be able to take in the importance of the site visits.  Once we arrived in the middle of the night in Managua, our bus took us to our hotel, where we were able to get 4-5 hours more sleep.

Early in the morning, we met the entire group for breakfast in a hotel conference room and were briefed on Nicaragua.  The statistic that is still singed into my heart is that “2 out of 3 pregnancies are unwanted” in the country. It is even difficult to write. I thought it was a typo. But, as the day went on, I’d learn that it was true…

Stay posted to WorldMomsBlog.com for Part II of Jennifer Burden’s adventure to Nicaragua with AmeriCares and #Airlift 2014 on behalf of Cognizant.