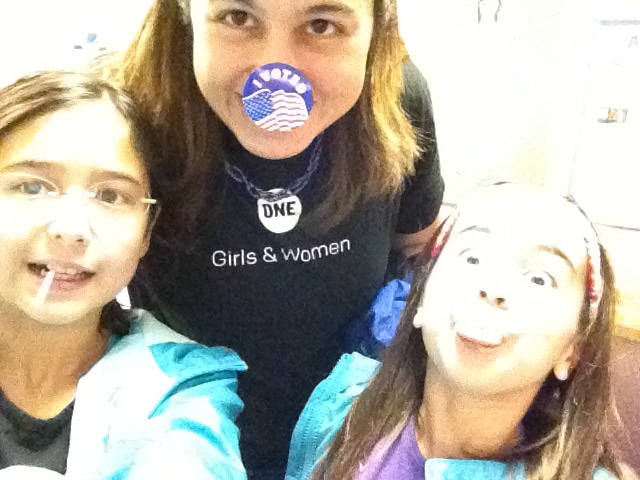 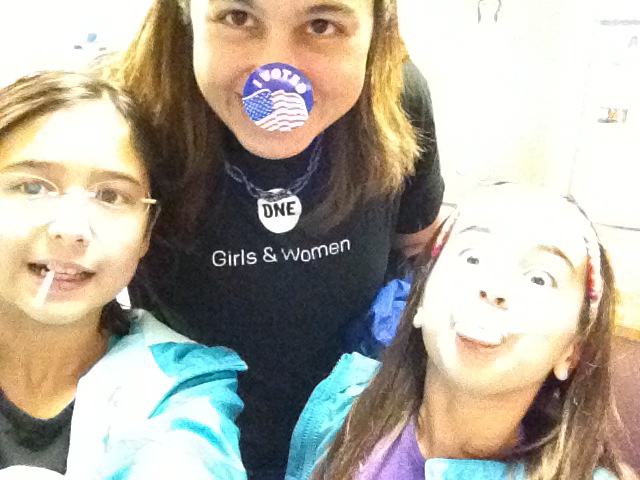 Cynthia and her daughters take a family selfie after voting

I’m an American and I voted on November 4th. I’m guessing that most of the global readership of World Moms blog didn’t follow our elections because this is not a presidential election year, but that’s okay. A lot of Americans didn’t either. That’s not okay.

Shamefully, only 38% of Americans voted in this November 4th election, which means 6 in 10 of us didn’t vote.

But that’s life. Low voter turn out in the off years of politics is just the way it goes. People tune out without the razzle-dazzle of a presidential slugfest and a new Congress is elected. But, now what do we do if we want to make our country better? Do we have to wait another two years to have a say? No. Not at all!

As angry as some people in my country tend to get with the leader of our country, the president of the United States is not the only one who has influence over policies that have wide-reaching impact on the lives of Americans and all residents of planet Earth. Members of Congress are elected to represent us in our 50 states and have their own measure of power on domestic and global affairs that can help or hinder a presidential agenda. For instance, the president can make budget recommendations, but only Congress can approve the actual spending of money. Budget decisions, foreign aid policies, gun laws, environmental policies, and a host of other choices are made by senators and representatives all year round.

This leads me to my main point. Election day is not the only day when Americans have a voice in government.

Since important decisions are being made every day, then every single day is an opportunity for Americans to shape U.S. policies whether it be through tweeting, blogging, writing letters to the editor, calling members of Congress, writing handwritten letters to Congress, or meeting face-to-face in Congressional offices. All of these actions are open to us. It is our right as citizens. (By the way, even if you’re not a citizen you can still write to U.S. newspapers or use Twitter to organize)

The idea that Americans can only affect what our government does only once every 4 years is a naive and antiquated notion. 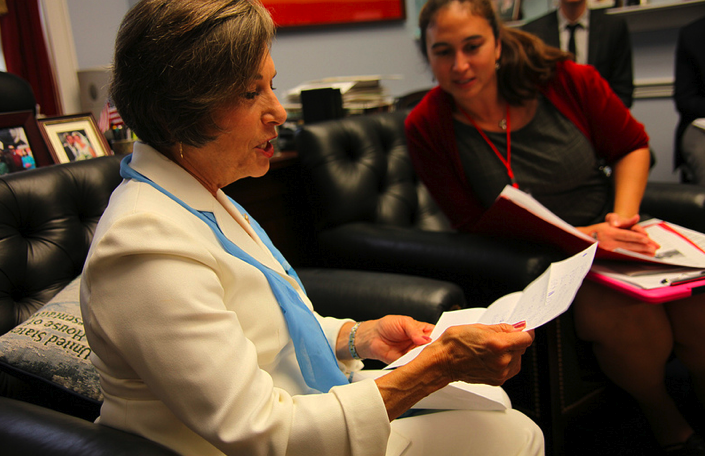 TV news – or any news, really – would lead anyone to think that voting or contributing large amounts of money are the only things that citizens can do. When so many people don’t know what kinds of effective actions they can personally take, most people end up just frustrated and giving up on our system without ever truly being a part of it. That’s the bad news. The good news is that this huge gap between most citizens and government creates space for concerned citizen lobbyists to slide right in and have great impact. I’m talking about everyday, concerned citizens just like you!

Even a modest amount of 10-20 phone calls on a topic can sometimes greatly influence a member of Congress because few Americans really bother to do it. A constituent meeting face-to-face with congressional staff or an actual member of Congress is even more rare and makes even more impact. These simple actions can have a great effect, especially if it’s an important yet little known issue.

Take, for example, funding to fight tuberculosis (TB), a highly contagious airborne disease. Most people in the U.S. think it doesn’t even exist anymore if they’ve ever thought about it at all. The truth is that in 2012, 8.6 million people fell ill with TB and more than 1.3 million people died from it, making TB the most deadly curable disease in the world. 95% of cases happening in low or middle-income countries, but since it spreads through the air when an infected person coughs, sneezes, or talks it can jump to wealthy nations even easier than Ebola. If treated improperly or ignored, it gives rise to forms of multi drug-resistant TB, which are far more difficult and costly to treat. RESULTS volunteer advocates keep up the drumbeat to members of Congress to fund the very inexpensive treatments to save lives across the globe and in the U.S. to make a tremendous impact on the dignity and income of people in poverty who can keep working in good health. Since no one is actually lobbying against saving lives from TB, a relatively small number of volunteers can educate their elected officials about it and have a huge impact on global health to the tune of $1.1 billion in new resources last year and $1.4 billion overall for the Global Fund to Fight AIDS, TB and Malaria. All this is done by earnest citizens voicing opinions without the media circus of an election cycle. 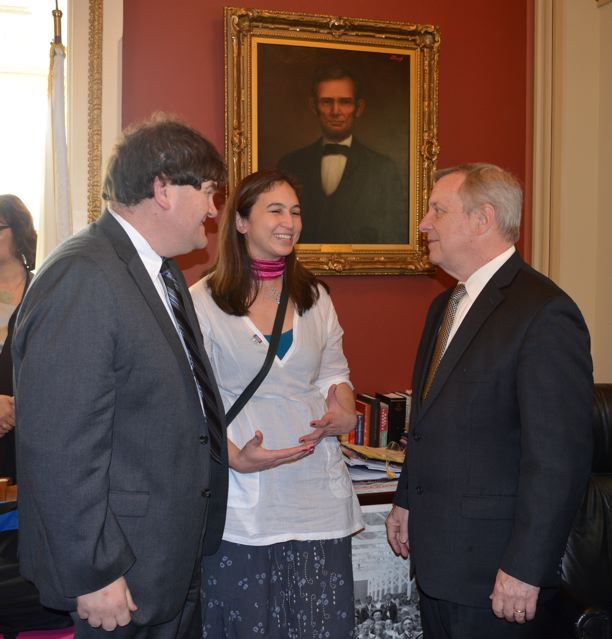 Every election day, I encourage my fellow Americans to get out and vote, to be sure! That’s where engaged citizenship starts. But we shouldn’t stop there. Let our elected officials know what you want after they’re in office even if – especially if – they are not of the party you favor. Get involved with an advocacy group that shares your global outlook and desires to help mothers and children. (ONE, RESULTS, Shot@Life, and Bread for the World are great places to start) In our country, senators and representatives represent are supposed to work for US. It is your right and privilege to contact them on the issues that are important to you. Don’t waste it!